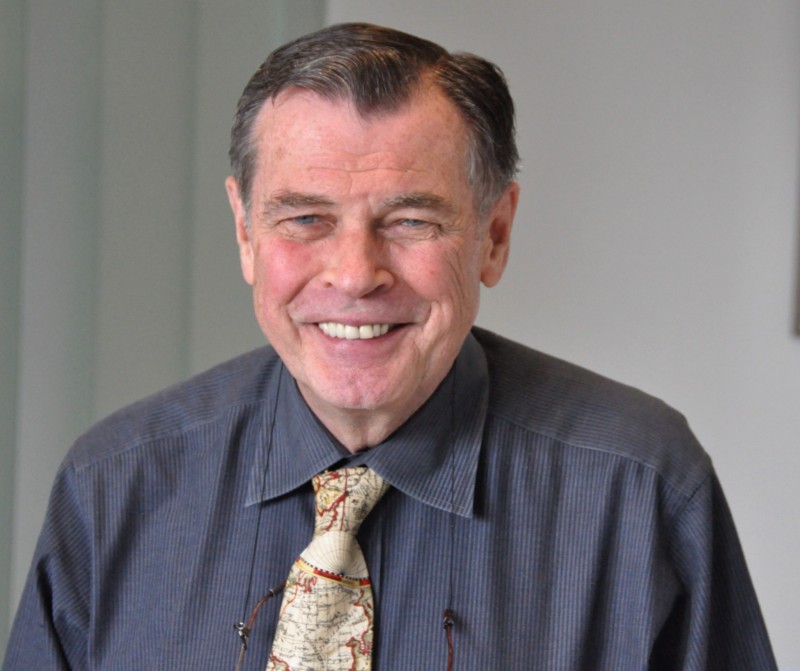 Ian McLennan, whose work in museums and planetariums stretches a fifty-plus year period from opening Edmonton’s Queen Elizabeth Planetarium in 1960 to creating concepts for world-class science centers in development for Tucson and Houston’s famed Astrodome, will present at the IMERSA Summit 2014, March 6-9 in Denver.  In addition to welcoming delegates at the Opening Banquet, McLennan will present a Planetarium Budgeting session with Mike Murray of Salt Lake City’s Clark Planetarium.  He will also participate in the session “Steering a Dome Theater Towards Success” with his presentation “Planetarium 2.0.” Ian was at the forefront of the evolution of the planetarium from a place where live lecturers “droned on in the dark,” to a place where multimedia, music, and great stories found and inspired audiences. Ian will moderate the discussion about how to weave these insights in to a “Fulldome 2.0” where we can FILL THE SEATS…

In anticipation of the IMERSA Summit, InPark’s Joe Kleiman asked McLennan five questions about his career and the industry.

1. You were Director and General Manager of Ontario Place in the 1970’s, which had the majority of its assets closed a few years ago by the Ontario government.  How can you tell when a concept isn’t working – and what solution to implement?

ONTARIO PLACE Toronto was fabulously successful for several years, but over time, fell increasingly into disrepair as the Provincial Government failed in its primary responsibility to re-invest in, and protect this valuable (and popular) public asset. Government officials love to initiate big and flashy projects, but often balk at the hard slogging required to maintain and enhance these assets over time. In the case of ONTARIO PLACE, the deterioration eventually became so overwhelming it would have been prohibitively expensive to bring it back up to its former glory. On reflection, it is a sad state of affairs, all the more so because it was absolutely preventable – and predictable.

The re-investment that could have prolonged the life of ONTARIO PLACE might have been in the form of preventative maintenance and upkeep, plus responsible capital upgrades and expansion, in addition to operating budgets that at least kept up with inflation, thus allowing on-going programming rejuvenation. As we know all too well, in retrospect, this was not to be. A real shame.

2. How important is it to include local culture when designing a museum and its fulldome programming?

It is fundamentally important. Whilst universal themes and topics allow the audience to expand its perspective to embrace a wider world view, local and familiar references bring the audiences along in a way that allows personal and community identification with the broader theme elements. Recently, I saw a simple example of this – in the Kawasaki Planetarium, Japan. Although the school show topics are broad and universal, when kids enter into the planetarium theatre, they see the school they have come from projected all around them in a spectacular panorama. The excitement – and recognition – are palpable.

3. When a planetarium or fulldome theater programs its lineup, what audience should it be targeting?

I believe it is a mistake – or at least short-sighted – to think in terms of “an audience.” One should always, always, think in terms of multiple audiences. This is truer now than it has ever been – due to the fragmentation in the marketplace, virtually a global phenomenon. This means that we must always think beyond our normal comfort zone when planning a programming initiative, ideally reaching out in any way possible to a broad cross-section of the public. That can be in terms of age, level of interest, experience, personal profile, preferences and cultural background. I should say this is easier said than done. The biggest mistake would be to try to appeal to all audiences in one presentation. That is tantamount to asking for failure. The real challenge is to create programming that appeals to different audiences at different times – then to educate the audience to access or attend at the appropriate times.

4. Can you please share a project where you had to overcome difficult obstacles to bring it to completion?

Every project has its challenges and obstacles, some more than others. Readers are undoubtedly familiar with that famous “project planning triangle” – GOOD/ FAST/ CHEAP – (pick any two).  I recently completed a project where the owners insisted we could do all three, in other words, create a beautiful 3-D theatre, do it in record time – and accomplish it with a limited budget. We made our best efforts and we did wind up with a lovely theatre – however, the triangle theory was once again reconfirmed.

Mixed feelings. I first saw 3D in a planetarium setting in Hilo, Hawaii – one of the early pioneers in this endeavour. The 3D effect of situating the audience right on the surface of Mars (based on real data from the Curiosity Rover) was stunning. Also quite memorable was a data-driven representation of the complexities of planets and their orbiting moons – giving the audience a near visceral understanding of the complex spatial relationships. A POV fly-through of a globular cluster was also dramatic, and visually revealing. The down-side (and it is a BIG one) is that the 3D glasses reduce the light by a factor of 70%, and even more disconcerting, have the effect of creating tunnel vision – which perversely negates the full, immersive effect enabled by the dome in the first place. Despite the memorable moments, I am troubled by the negative trade-offs.

InPark News Editor Joe Kleiman (www.themedreality.com) is a journalist, PR and marketing professional with a background in museums and special venue cinema. He has opened a number of award winning venues, including the Ridefilm simulators at Galveston, TX’s Moody Gardens, the Esquire IMAX Theatre in downtown Sacramento, CA, and the National Infantry Museum in Columbus, GA and has been a consultant to a number of special venue film producers and distributors, including K2 Communications and Big&Digital.

Joe Kleimanhttp://wwww.themedreality.com
Raised in San Diego on theme parks, zoos, and IMAX films, InPark's Senior Correspondent Joe Kleiman would expand his childhood loves into two decades as a projectionist and theater director within the giant screen industry. In addition to his work in commercial and museum operations, Joe has volunteered his time to animal husbandry at leading facilities in California and Texas and has played a leading management role for a number of performing arts companies. Joe previously served as News Editor and has remained a contributing author to InPark Magazine since 2011. HIs writing has also appeared in Sound & Communications, LF Examiner, Jim Hill Media, The Planetarian, Behind the Thrills, and MiceChat His blog, ThemedReality.com takes an unconventional look at the attractions industry. Follow on twitter @ThemesRenewed Joe lives in Sacramento, California with his wife, dog, and a ghost.
Share
Facebook
Twitter
Linkedin
Email
Print
WhatsApp
Pinterest
ReddIt
Tumblr
Previous articleNASA’s Goddard Space Flight Center Earns First Place in NSF/Science Visualization Challenge for Work on Fulldome Production “Dynamic Earth”
Next articleJonathan Barker of SK Films Discusses How “Flight of the Butterflies” Became a Large-Scale Model of Multiplatforming