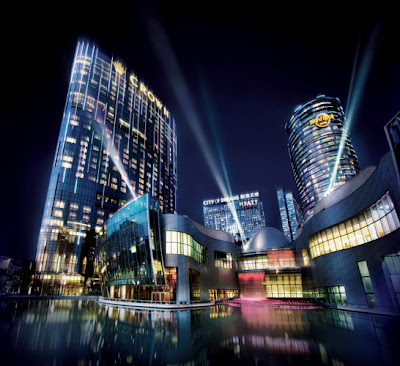 Mr. Lawrence Ho, Co-Chairman and Chief Executive Officer of Melco Crown Entertainment, said, “We are encouraged in our belief that the new management structure will make us a more agile company, better positioned to move quickly in a dynamic market.

“I am confident that Mr. Chan’s breadth and depth of knowledge and experience in Macau make him uniquely qualified to be our COO, and I believe that he and his team will build on the successes of the last 18 months.

“Our new structure is targeted to unlock additional synergies between our gaming and non-gaming operations and to facilitate the delivery of our comprehensive, world-class customer service as efficiently as possible, ultimately for the benefit of the Company, our staff members, and our shareholders.

“We thank Mr. Naples for his efforts and commitments to the Company and wish him well in his future endeavors.”

Joe Kleimanhttp://wwww.themedreality.com
Raised in San Diego on theme parks, zoos, and IMAX films, InPark's Senior Correspondent Joe Kleiman would expand his childhood loves into two decades as a projectionist and theater director within the giant screen industry. In addition to his work in commercial and museum operations, Joe has volunteered his time to animal husbandry at leading facilities in California and Texas and has played a leading management role for a number of performing arts companies. Joe previously served as News Editor and has remained a contributing author to InPark Magazine since 2011. HIs writing has also appeared in Sound & Communications, LF Examiner, Jim Hill Media, The Planetarian, Behind the Thrills, and MiceChat His blog, ThemedReality.com takes an unconventional look at the attractions industry. Follow on twitter @ThemesRenewed Joe lives in Sacramento, California with his wife, dog, and a ghost.
Share
Facebook
Twitter
Linkedin
Email
Print
WhatsApp
Pinterest
ReddIt
Tumblr
Previous articleArmorActive Provides iPad Kiosks to Salt Lake City’s Leonardo Museum
Next articleRob Smith Promoted to Sales Manager at Electrosonic