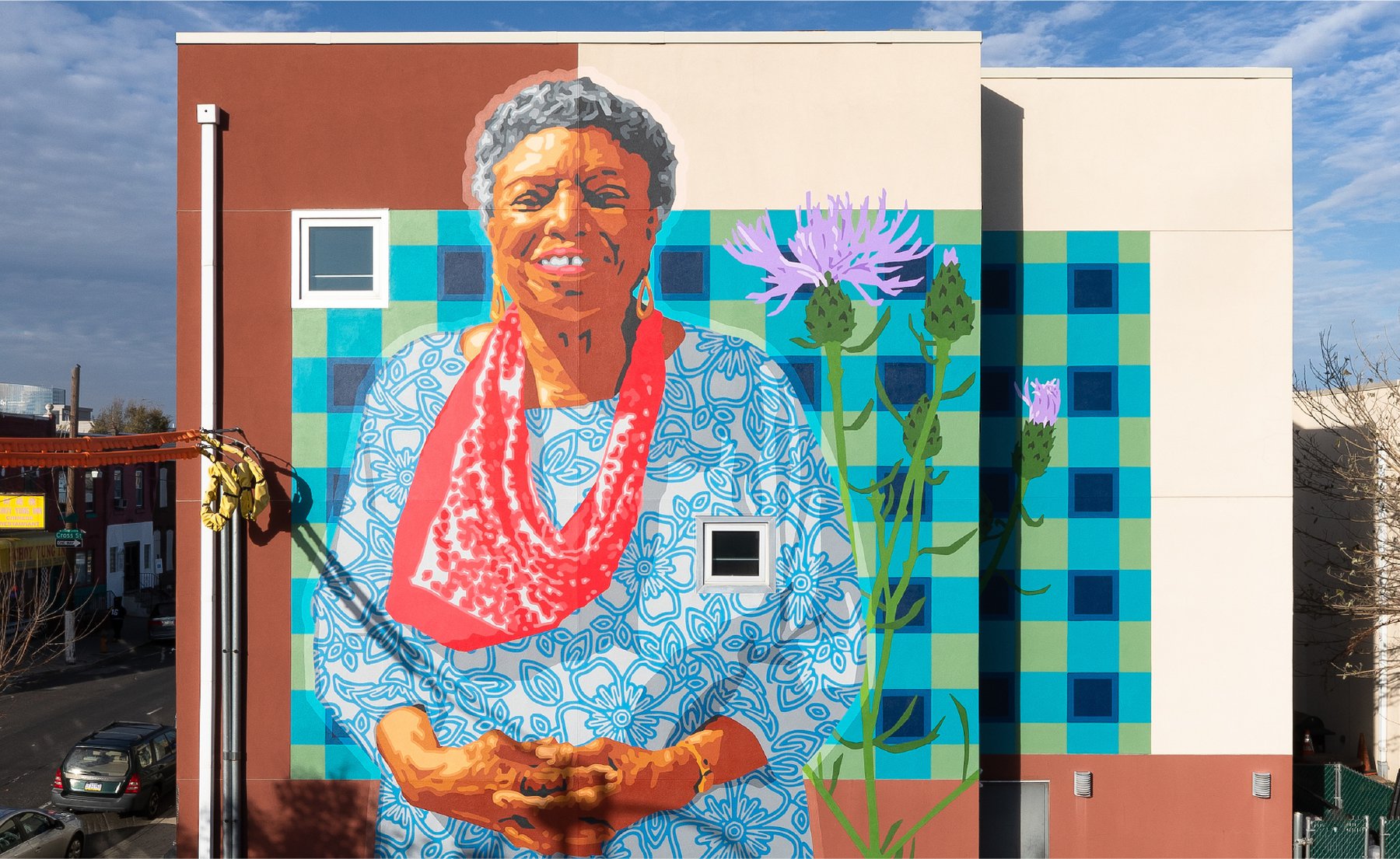 The Andrew W. Mellon Foundation announced an unprecedented five-year, $250 million grant effort, the “Monuments Project,” which will transform the way our country’s histories are told in public spaces. By reimagining and rebuilding commemorative spaces that celebrate and affirm the historical contributions of the many diverse communities that make up the United States, Mellon’s quarter-billion-dollar commitment builds on two years of monument grantmaking, and comes at a moment of national reckoning on the power and influence of monuments.

The Monuments Project is a signature initiative aligned with the Foundation’s new strategic framework and mission announced in June 2020. Grants made under the new monuments initiative will fall under three areas of activity:

• Contextualizing existing monuments or memorials through installations, research, and education

The Mellon initiative broadens our understanding of commemorative spaces and their possibilities and will include not only memorials, historical markers, and public statuary, but also storytelling spaces such as museums and art installations. Grants approved under the direction of the Monuments Project will ensure that future generations inherit a commemorative landscape that venerates and reflects the vast, rich complexity of the American story. In doing so, the Foundation intends to recalibrate the assumed center of our national narratives to include those who have often been denied historical recognition.

“Monuments, memorials, and other commemorative spaces convey both individual narratives and national values,” said Mellon Foundation President Elizabeth Alexander. “They shape the histories of who we are and influence ongoing discussion about which people in our society are considered worth celebrating and remembering. By providing key support to visionary artists and cultural organizations that seek to reimagine how fundamental stories and experiences may be publicly commemorated in new monuments and memorials, this unprecedented Mellon commitment will help inform our collective understanding of our country’s profoundly diverse and weighty history and ensure that those who haven’t been taught this history can learn it in the public square. This effort will further ensure that the many communities that have shaped the United States have greater opportunity to see themselves in the fabric of our remarkable American story.”

“Monuments and memorials echo with legacy, loyalty, and love in ways that are heard across multiple lifetimes,” said writer, director, producer, and independent film distributor Ava DuVernay. “But whose legacy? Loyalty to whom? Love of what? For too long, the answers to these questions have been obscured by privilege, power, and politics. But no more. The Monuments Project is a buoyant, brave, and brilliant step in liberating the power of story to reveal who more of us are, what more people value, and what all kinds of people from different walks of life want to remember. New legacy. New loyalty. New love.”

Mitch Landrieu, former New Orleans mayor and E Pluribus Unum founder said, “Our landscape — from our public spaces to museums — does not accurately reflect our whole history. Statues and memorials are symbols, and symbols matter. One of the major impediments we had in taking down the Confederate statues in New Orleans was finding funds for removal and for what would replace them. This significant commitment from the Mellon Foundation will help communities across the country correct the landscape. And unlike when most Confederate monuments and memorials were first erected as symbols of white supremacy, this moment in our country’s history gives us an opportunity to be intentional about how to create public spaces and public art that bring people together.”

“Iconography and monuments tell essential truths about a community and a nation,” Equal Justice Initiative Founder and Executive Director Bryan Stevenson said. “America’s landscape is littered with misguided totems of hate, intolerance, and bigotry. I’m thrilled about Mellon’s new initiative, which is critical to our quest to tell the true story of our nation — its faults and failures as well as its promise and greatness.”

The Monuments Project has been developed by President Alexander after years of discussion, research, and intellectual exploration. She has been actively engaged in the project’s advance since she became Mellon’s president in 2018. During that time, the Foundation issued $25 million in grants to help diversify the American public history and memory landscape. This includes funding to support the building of the interpretive center at the National Memorial for Peace and Justice in Montgomery, Alabama, which remembers the lynchings of Black people in the US; to support the Los Angeles County Department of Arts and Culture initiative to expand the pipeline of artists with the expertise to complete public commissions; to preserve important African American sites via the National Trust for Historic Preservation; and to create a new monument to honor the abolitionist Lyons family in Central Park. These grants were the starting point for what will be a substantial area of focus for the Foundation.

The first major grant issued under the new $250 million Monuments Project will be a three-year, $4 million grant to support Monument Lab in Philadelphia. Monument Lab is an independent public art and history studio that works with cities throughout the country — including Los Angeles, Newark, Richmond, and St. Louis — in collaboration with local artists, activists, and community leaders to reenvision American public spaces through stories of social justice and equity. Among the work this Mellon grant will support is a definitive audit of the existing national monument landscape across the United States.

The urgency of our country’s ongoing conversation about who belongs and how they are valued in the American narrative — and in America itself — coupled with the power and influence of monuments and memorials, demands a truly powerful artistic and cultural reimagination of our commemorative spaces. Mellon’s Monuments Project, and its initial grant to support Monument Lab, will play a significant role in that vital transformation.

Joe Kleimanhttp://wwww.themedreality.com
Raised in San Diego on theme parks, zoos, and IMAX films, Joe Kleiman would expand his childhood loves into two decades as a projectionist and theater director within the giant screen industry. In addition to his work in commercial and museum operations, Joe has volunteered his time to animal husbandry at leading facilities in California and Texas and has played a leading management role for a number of performing arts companies. Joe has been News Editor and contributing author to InPark Magazine since 2011. HIs writing has also appeared in Sound & Communications, LF Examiner, Jim Hill Media, and MiceChat. His blog, ThemedReality.com takes an unconventional look at the attractions industry. Follow on twitter @ThemesRenewed Joe lives in Sacramento, California with his fiancé, two dogs, and a ghost.
Share
Facebook
Twitter
Linkedin
Email
Print
WhatsApp
Pinterest
ReddIt
Tumblr
Previous articleADG President Jim Dunn inducted into WWA Hall of Fame
Next articleMiziker Entertainment mentored eight SCAD students preparing for careers in Themed Entertainment Design