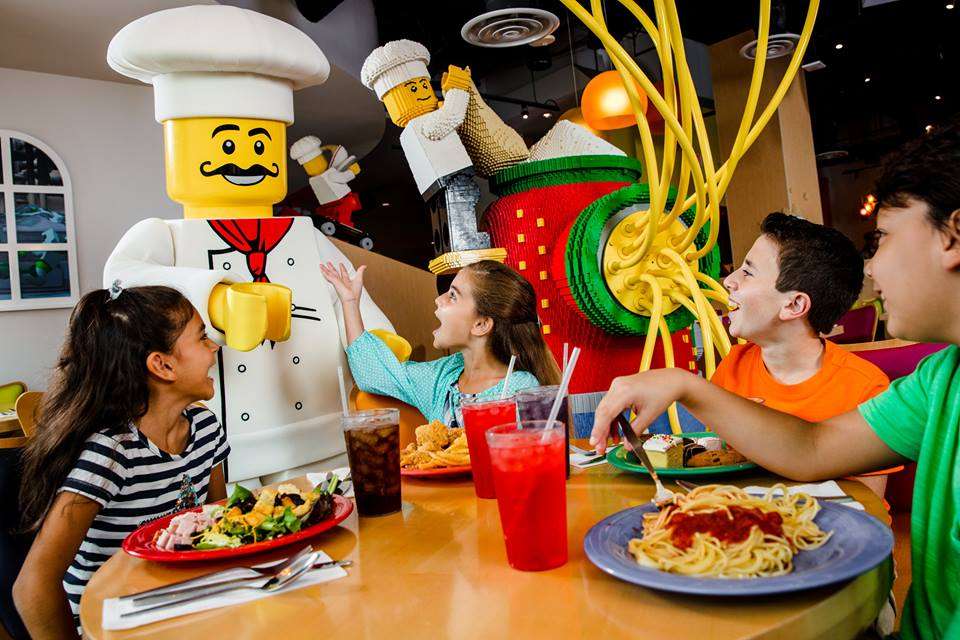 Merlin Entertainments today reports its trading performance for the 40 weeks ended October 7, 2017, including the key summer trading period of July and August. The company reports 12.4% revenue growth (5.9% at constant currency) reflecting the diverse nature of the portfolio and driven by continued strong New Business Development, including the successful opening of LEGOLAND Japan, five new Midway attractions, and 381 new accommodation rooms

Nick Varney, Merlin Entertainments Chief Executive Officer, said: “Merlin has delivered another period of good total revenue growth reflecting the contribution from New Business Development as well as more favourable currency movements, with over 70% of profits being derived from outside the UK. Another busy year has seen us open five new Midway attractions to date, nearly 400 accommodation rooms across four of our theme parks, and a new LEGOLAND park in Japan. The exciting new partnerships with eOne and Bear Grylls, as well as the planned opening of LEGOLAND New York in 2020, show there is plenty more magic to come.

“In the Existing Estate, trading to date has been more mixed. After strong early season momentum across most of our businesses, we have experienced difficult trading over the summer period, as the spate of terror attacks witnessed in the UK marked an inflection point in Midway London and UK theme park trading. Poor weather in Northern Europe and extreme weather in Italy and Florida also impacted peak season trading.

“Despite the diversity of our business – by geography, brand and visitor mix – our markets continue to be impacted by certain external shocks, not least terrorism which is currently at record levels of intensity in Europe. We also continue to face significant cost pressures, largely brought about by employment legislation, particularly in the UK.

“Going forward therefore, whilst our long-standing Six Strategic Growth Drivers remain unchanged, reflecting the longer term structural attractiveness of the markets in which we operate, we will be reallocating capital to adjust to the current environment and to maintain our capital discipline. Over the period of 2018-21, we will reduce Existing Estate capex by approximately £100 million, reallocating this into accelerating our highly successful accommodation roll out programme, as well as increasing our investment in our Productivity Agenda. As a result, we expect a stronger contribution from New Business Development to offset an assumption of low single digit like for like growth, based upon similar aggregate levels of capital investment.

“Merlin has experienced unprecedented levels of demand volatility in recent periods and it is testament to the diversity of the portfolio, the strength of our brands, and the commitment of our team, that we have continued to deliver revenue and profit growth during these times. Our business model allows us to ‘adjust the tiller’ given the difficult market conditions and we are doing so. I and Merlin’s management team therefore remain confident in the longer term prospects.”

Midway attractions started the year very positively, reflecting a significant improvement in the London Division as a result of stronger foreign visitation to the UK following the favourable foreign exchange rate movements. As highlighted at the company’s interim results, the Westminster Bridge terror attack, which took place shortly before the Easter holidays, resulted in an immediate drop off in domestic visitation to the capital, with demand further dampened following subsequent attacks. International tourism remained resilient ahead of the summer reflecting the longer lead time from booking to visitation, but deteriorated materially over the peak trading period resulting in a difficult overall market for London’s visitor attractions.

The Midway North America Division has been affected by softer visitation in LEGOLAND Discovery Centres reflecting the performance of the LEGO Group. Visitation elsewhere across the Midway group remains more positive, including in a number of European markets such as Amsterdam and Edinburgh which have been unaffected by security concerns.

The New Business Development programme has seen Merlin open five new attractions to date, comprising LEGOLAND Discovery Centres in Philadelphia and Melbourne, Madame Tussauds in Nashville, SEA LIFE Centre in Chongqing and the first of its new brand ‘Little BIG City’ in Berlin. Madame Tussauds Delhi – Merlin’s first attraction in India – is expected to open towards the end of the year.

The LEGOLAND Parks Operating Group continues to perform well, and has been less affected by the performance of LEGO Group sales.

Visitation in recent weeks has however been impacted by Hurricane Irma which resulted in the closure of LEGOLAND Florida for three days, and the park has seen lower levels of visitation in the aftermath given the importance of the local resident market.

LEGOLAND Japan, which opened in April, is expected to deliver a full year result in line with previous guidance. A total of 307 rooms have been opened in 2017, comprising an 80 room expansion of the Holiday Village in LEGOLAND Billund, 166 room Holiday Village at LEGOLAND Florida and the 61 room Castle Hotel at LEGOLAND Windsor.

After a strong start to the season, and as referenced at the interim results, the series of terror attacks and subsequent raising of the threat level in the UK resulted in a difficult theme park market over the key trading period. This was further impacted by unfavourable weather in the UK and Northern Germany, while flash floods in Italy resulted in significant shortfalls in visitation to Gardaland during a number of important trading days.

The new 76 room CBeebies Land Hotel opened at Alton Towers on 8 July further enhancing the resort’s accommodation offering and building upon the success of the CBeebies Land area within the park.

Delivering on the Strategy

Reallocation of capital Going forward, whilst our long-standing Six Strategic Growth Drivers remain unchanged, we will be reallocating planned capital investments from the Existing Estate into an accelerated accommodation roll out and a Productivity Agenda. Specifically:

 Intention to reduce Existing Estate capex by approximately £100 million over the period 2018-21, predominantly from the Midway Attractions and Resort Theme Parks Operating Groups, with investment in Health and Safety and Repairs and Maintenance unaffected.

 Approximately £30 million investment in a Productivity Agenda, the initial benefits of which are expected from late 2019 onwards.

 Bear Grylls – Partnering with the world-famous survival expert, international TV host and bestselling author, ‘The Bear Grylls Adventure’ will be targeted at the adventure-based experiences market, with the first attraction to open in Birmingham, UK, in 2018.

 Peppa Pig – A multi-territory agreement with Entertainment One (eOne) to open Peppa Pig themed attractions and accommodation. Peppa Pig is one of the world’s leading pre-school brand properties with over 1,000 licensees across 60 countries. The deal which excludes the UK gives Merlin exclusivity in all territories other than China, where the licence is granted on a non-exclusive basis.

These agreements will support Merlin’s roll out program, further diversifying its business by brand, customer type and geography, and extend its reach into the adventure-seeking and pre-school markets.

Further details on each of these new attractions will be provided in the future.

The Group has made good progress against its Six Strategic Growth Drivers in 2017, notably in the following areas:

 Compelling new propositions opened across the company, including:

o 80 room expansion of the Holiday Village in LEGOLAND Billund;

 Five openings so far in 2017 with Madame Tussauds Delhi expected to open on 1 December.

 Total of ten attractions now opened since the beginning of 2016.

 Ten attractions expected to open in 2018, including launch of the new brand – ‘The Bear Grylls Adventure’ in Birmingham, UK, with standalone ‘Peppa Pig’ themed attractions to open in two countries by the end of 2019.

 Maintain overall capital investment of approximately £60 million to £70 million p.a. in Midway roll out over 2018-21.

 LEGOLAND New York expected to open by the end of 2020 subject to final formalities.

 Study agreements in place regarding a number of opportunities in China.

Trading in recent weeks has remained mixed and Group like for like revenue growth for 2017 is therefore expected to be approximately flat on 2016. Reflecting this, and careful management of the cost base, 2017 EBITDA is expected to be in the range of £470 to £480 million.

While it is too early to predict the outlook for 2018, it is likely that the recent trends experienced in London will persist for the foreseeable future.

Joe Kleimanhttp://wwww.themedreality.com
Raised in San Diego on theme parks, zoos, and IMAX films, InPark's Senior Correspondent Joe Kleiman would expand his childhood loves into two decades as a projectionist and theater director within the giant screen industry. In addition to his work in commercial and museum operations, Joe has volunteered his time to animal husbandry at leading facilities in California and Texas and has played a leading management role for a number of performing arts companies. Joe previously served as News Editor and has remained a contributing author to InPark Magazine since 2011. HIs writing has also appeared in Sound & Communications, LF Examiner, Jim Hill Media, The Planetarian, Behind the Thrills, and MiceChat His blog, ThemedReality.com takes an unconventional look at the attractions industry. Follow on twitter @ThemesRenewed Joe lives in Sacramento, California with his wife, dog, and a ghost.
Share
Facebook
Twitter
Linkedin
Email
Print
WhatsApp
Pinterest
ReddIt
Tumblr
Previous article
L-Acoustics Extends Relationship with Puy du Fou
Next article
2017 Disney Accelerator Demo Day Showcases Innovators in Technology