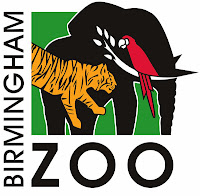 Birmingham, AL, USA (March 27, 2012) /BUSINESS WIRE/ — MOBOTIX, an industry-leading provider of high-resolution, network-based security solutions, today announced the Birmingham Zoo has deployed MOBOTIX high-resolution cameras throughout its facility, including high-traffic areas and point-of-sale locations. The zoo, which partnered with Advanced Integration Systems for the project, installed a comprehensive MOBOTIX surveillance system to investigate incidents of theft, locate lost children and deter crime while also serving as a platform for enhanced data collection on the social behavior of specific animals.

More than 30 MOBOTIX cameras now cover critical areas including the parking lot and the facility’s primary exits and entrances. A dozen of the cameras, which are a mixture of M12, M24 and Q24 cameras managed by MxControlCenter, also cover the zoo’s new Trails of Africa exhibit to allow animal researchers to gather and preserve information on the social behavior of the zoo’s African Bull Elephants. The exhibit is one of the largest elephant exhibits in the nation and is the first time African Bull Elephants have lived together in a controlled environment, without females.

“Animal behavior happens 24 hours per day, seven days a week and 365 days per year, but we do not have the staff resources available to devote to animal behavior at all times,” said Dan Trausch, Director of Zoo Operations, Birmingham Zoo. “We want to have a record of the elephants‘ introduction to each other and their overall behavior, and want to use the footage for scientific research. Using video as a way to preserve the activity of the animals allows our team to gather the data needed to be most effective and increase overall situational awareness.”

The MOBOTIX megapixel surveillance cameras provide Birmingham Zoo with the best image clarity available. One MOBOTIX camera with 3.1 megapixels records 30 times more detail than traditional CCTV cameras. As a result, larger image areas of up to 360-degree views are possible. This reduces the number of cameras required and therefore, upfront and long-term costs. Unlike other systems, the decentralized MOBOTIX concept incorporates a high-speed computer into every camera to reduce network bandwidth because video is processed on the camera itself and images do not have to be transferred continuously.

“By incorporating their security system with their quest to better understand animal behavior in addition to enhancing security, Birmingham Zoo has further enhanced the cost-efficiencies of their MOBOTIX solutions,” said Steve Gorski, General Manager, Americas, MOBOTIX. “We are delighted to see MOBOTIX solutions used creatively and for a scientific purpose. The entire system will provide a rich database and superb image quality for the researchers.”

ABOUT MOBOTIX:
MOBOTIX is a software company with in-house hardware development in the area of digital, high-resolution and network-based video security solutions. The company focuses on the development of user-friendly complete system solutions from a single source. The publicly-traded company with headquarters in Langmeil, Germany, is known as the leading pioneer in network camera technology since its foundation in 1999 and its decentralized concept has also made high-resolution video systems cost-efficient. From 2010 onwards, MOBOTIX will extend its product range to include intelligent home automation products that are developed in-house. Whether in embassies, airports, railway stations, ports, gas stations, hotels or highways, over one hundred thousand MOBOTIX video systems have been in operation on every continent for years.

Joe Kleimanhttp://wwww.themedreality.com
Raised in San Diego on theme parks, zoos, and IMAX films, InPark's Senior Correspondent Joe Kleiman would expand his childhood loves into two decades as a projectionist and theater director within the giant screen industry. In addition to his work in commercial and museum operations, Joe has volunteered his time to animal husbandry at leading facilities in California and Texas and has played a leading management role for a number of performing arts companies. Joe previously served as News Editor and has remained a contributing author to InPark Magazine since 2011. HIs writing has also appeared in Sound & Communications, LF Examiner, Jim Hill Media, The Planetarian, Behind the Thrills, and MiceChat His blog, ThemedReality.com takes an unconventional look at the attractions industry. Follow on twitter @ThemesRenewed Joe lives in Sacramento, California with his wife, dog, and a ghost.
Share
Facebook
Twitter
Linkedin
Email
Print
WhatsApp
Pinterest
ReddIt
Tumblr
Previous articleWild Eagle Now Soaring Above Dollywood
Next articleAccenture Creates Mobile App For Exhibition of Rare Vatican Artifacts