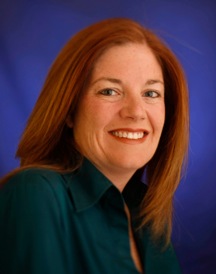 Valdosta, GA, USA — Wild Adventures Theme Park (WA) has  named Molly Deese the park’s new vice president and general manager. Deese was previously WA’s operations director, joining the South Georgia park in 2008. In her new role, Deese oversees all guest and business functions for the area’s largest theme, water and animal park including supervising more than 600 full-time and seasonal employees. She takes over immediately, just as WA is readying for its Halloween events, including the September 28 opening of the new nighttime eventTerror In The Wild. The park also plans to announce new plans for the 2013 season later this week.

“Molly was a natural choice for this position as she has such a well-rounded theme park background. Wild Adventures is the area’s number one attraction and one of the biggest employers, and Molly has always shown a commitment to creating a fun and safe family experience and equally as important, making Wild Adventures a great place to work,” said Jane Cooper, president of attractions for Herschend Family Entertainment (HFE), parent company of WA.

Deese takes over from Greg Charbeneau, who will continue to work with the HFE corporate team in Norcross, GA on other business ventures.

A nearly 20-year theme park veteran, Deese has worked with some of the industry’s most well-regarded and popular attractions including Carowinds in Charlotte, NC, and Kings Dominion in Richmond, VA. Over the course of her career, she has worked in increasingly senior roles in the food and beverage area and later in retail. Most recently, Deese worked as WA’s operations director, overseeing all of the park’s attractions, including the water park, and business operations. In her new post, she now adds oversight of marketing, entertainment, safety and finance to her responsibilities.

“I love that Wild Adventures is part of the fabric of this community. Since moving to Valdosta four years ago, I’ve met many families who ‘grew up’ with Wild Adventures and have wonderful stories to share. I’m committed to having their kids grow up with this park too, making new family memories. All of us at the park look forward to having everyone out for our Halloween fun and scares this September and October,” said Deese.

“Stay tuned for some announcements regarding new rides and new season pass benefits coming later this week,” she added.

Wild Adventures is a 170-acre theme park, water park, and animal park all in one place for less located in Valdosta, Georgia. The park features one of the largest ride collections in the South, more than 500 wild animals, Splash Island Water Park, the region’s largest water park, shows, festivals and all-star concerts. The park is owned and operated by Herschend Family Entertainment (HFE), a company specializing in family entertainment.

Joe Kleimanhttp://wwww.themedreality.com
Raised in San Diego on theme parks, zoos, and IMAX films, Joe Kleiman would expand his childhood loves into two decades as a projectionist and theater director within the giant screen industry. In addition to his work in commercial and museum operations, Joe has volunteered his time to animal husbandry at leading facilities in California and Texas and has played a leading management role for a number of performing arts companies. Joe has been News Editor and contributing author to InPark Magazine since 2011. HIs writing has also appeared in Sound & Communications, LF Examiner, Jim Hill Media, and MiceChat. His blog, ThemedReality.com takes an unconventional look at the attractions industry. Follow on twitter @ThemesRenewed Joe lives in Sacramento, California with his fiancé, two dogs, and a ghost.
Share
Facebook
Twitter
Linkedin
Email
Print
WhatsApp
Pinterest
ReddIt
Tumblr
Previous articleMammoth Sound & Vision Welcomes New York Visitors to SHI’s Cloud
Next articleChance Rides Introduces Sunliner II