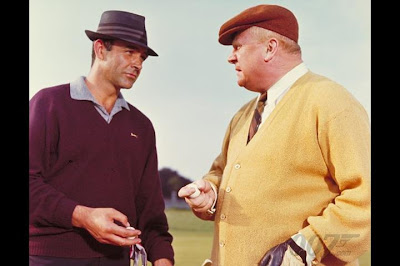 Washington, DC, USA (Sept. 6, 2012) /PRNewswire via COMTEX/ — As SKYFALL, the latest in the James Bond film series, opens in theaters this November, the International Spy Museum will mount a major new exhibit featuring the most memorable villains who have appeared since 007 first hit the screen in DR. NO in 1962. The interactive exhibit, “Exquisitely Evil: 50 Years of Bond Villains,” will feature James Bond’s chief adversaries, their henchmen, lairs, and weapons. Over 100 artifacts from the films will be on display including Zao’s Jaguar XKR from DIE ANOTHER DAY, the satellite from GOLDENEYE, Jaws’ teeth from THE SPY WHO LOVED ME, and Dr. No’s tarantula from DR. NO. Visitors can also swim with sharks, become a villain, and create their own personal lair as part of the exhibit’s many interactive displays.

“We are thrilled to see James Bond’s villains come to life in an exhibit that will mark 50 years of 007 defeating his cunning and brutal adversaries,” said Peter Earnest, the Museum’s executive director and a former CIA covert operations officer. “Throughout the exhibit, visitors will hear real stories from real spies who will share their ‘Bond moments’ and describe connections between the James Bond films and actual world events and espionage tradecraft.”

In addition to comments from members of the intelligence community, the exhibit will feature: immersive environments, exciting interactive opportunities, psychological profiles of the villains, and classic film and audio clips. For the first time ever, the villains will be placed in historical context, enabling guests to explore how the evildoers and their plots have changed to reflect the times and inviting guests to explore the connection between fact and fiction.

Fans of the Museum should check the International Spy Museum’s website (www.spymuseum.org) and 007.com or Facebook pages (www.facebook.com/IntlSpyMuseum and www.facebook.com/JamesBond007) for updates on the exhibit.

Artifacts featured in the exhibit are provided by London-based film company EON Productions, a subsidiary of Danjaq LLC, the producer of the James Bond film series.

EON Productions Limited and Danjaq LLC are wholly owned and controlled by the Broccoli/Wilson family. Danjaq is the US based company that co-owns, with MGM, the copyright in the existing James Bond films and controls the right to produce future James Bond films as well as all worldwide merchandising. EON Productions, an affiliate of Danjaq, is the UK based production company which makes the James Bond films. The 007 franchise is the longest running in film history with twenty-two films produced since 1962. Michael G Wilson and Barbara Broccoli succeeded Albert R ‘Cubby’ Broccoli and have produced some of the most successful Bond films ever including CASINO ROYALE and QUANTUM OF SOLACE. They are currently producing the 23rd film, SKYFALL.

The International Spy Museum is the only public museum in the United States solely dedicated to espionage and the only one in the world to provide a global perspective on an all-but-invisible profession that has shaped history and continues to have a significant impact on world events. The Museum features the largest collection of international espionage artifacts ever placed on public display, offering a rare glimpse into the whispered world of covert operations and the silent, unknown men and women behind them, making it an experience like no other. The International Spy Museum opened in Washington, D.C., just over 10 years ago on July 19, 2002.

Joe Kleimanhttp://wwww.themedreality.com
Raised in San Diego on theme parks, zoos, and IMAX films, InPark's Senior Correspondent Joe Kleiman would expand his childhood loves into two decades as a projectionist and theater director within the giant screen industry. In addition to his work in commercial and museum operations, Joe has volunteered his time to animal husbandry at leading facilities in California and Texas and has played a leading management role for a number of performing arts companies. Joe previously served as News Editor and has remained a contributing author to InPark Magazine since 2011. HIs writing has also appeared in Sound & Communications, LF Examiner, Jim Hill Media, The Planetarian, Behind the Thrills, and MiceChat His blog, ThemedReality.com takes an unconventional look at the attractions industry. Follow on twitter @ThemesRenewed Joe lives in Sacramento, California with his wife, dog, and a ghost.
Share
Facebook
Twitter
Linkedin
Email
Print
WhatsApp
Pinterest
ReddIt
Tumblr
Previous articleJake Eberts, Executive Producer of IMAX Film "Jerusalem," Dead at 71
Next articleRIP Dave Millard