Next Gen AMC Theater to Open in Atlanta 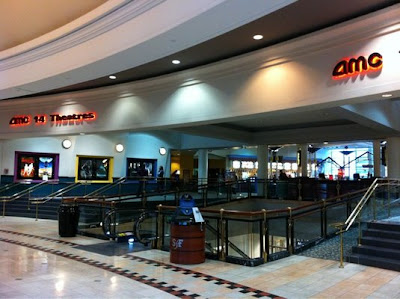 Kansas City, MO, USA /BUSINESS WIRE/ — As a leader in innovation in the movie exhibition industry, AMC Theatres continues to push the envelope, looking for new ways to improve the moviegoing experience for its guests. At AMC Phipps Plaza 14, AMC is teaming with Simon Property Group to bring changes that will leave guests excited to come back, again and again.

“For the last several years we’ve worked to bring our guests a number of different moviegoing improvements to help get people excited about coming to the movies, and we’ve had great success with a variety of enhancements at locations around the country,” said Mark McDonald, executive vice president of Global Development at AMC. “What we’re doing at AMC Phipps Plaza is taking all of the things people rave about, and putting them under one roof.”

When finished, the theatre will feature stadium-style seating instead of the current sloped floors, and guests will watch the newest releases in luxury, as they sit in power recliners with footrests. In addition, AMC plans to install a MacGuffins bar, allowing guests to order a beer, wine or cocktail at the theatre. Named after a term coined by famed filmmaker Alfred Hitchcock, MacGuffins features a variety of beer, wine and cocktails, including frozen and specialty drinks. The bar is perfect for guests at least 21 years old to meet before the show, or gather after the movie to recap what they saw while enjoying a drink. Guests with a photo ID can also order their drink at the bar area and bring it into their auditorium to enjoy as they watch their film.

Guests will also enjoy AMC’s newest concession model, The Marketplace, which takes concession offerings and convenience to a new level. Instead of waiting in long lines to order, the concessions are laid out at convenient stations, allowing guests to choose what they want, before proceeding to the checkout area. Other modifications to the theatre include a renovation of the theatre’s restrooms, as well as changes to the box office and lobby area, which will allow for a more convenient guest experience.

“These innovative renovations to AMC Phipps Plaza are going to take moviegoing in Atlanta to an entirely new level,” said Dewayne Herbert, mall manager at Phipps Plaza. “We are thrilled with this announcement, as it complements other recent additions to the mall — such as the opening of LEGOLAND Discovery Center — in establishing Phipps Plaza as an entertainment destination.”

Construction will begin at AMC Phipps Plaza this summer and the theatre will remain open during the renovations, which should be complete by the end of 2012.

About AMC Theatres
AMC Entertainment Inc. delivers distinctive and affordable movie-going experiences in 347 theatres with 5,048 screens across the United States and Canada. The company operates 24 of the 50 highest grossing theatres in the country, including the top three. AMC has propelled industry innovation and continues today by delivering premium sight and sound, enhanced food and beverage and diverse content. AMCTheatres.com.

About Phipps Plaza
Located in Atlanta’s prestigious Buckhead area, Phipps Plaza is the Southeast’s premier upscale shopping mall. The three-level mall is known for its diverse exclusive store mix and is anchored by Nordstrom, Belk and Saks Fifth Avenue. Phipps Plaza is home to signature shops including Tiffany and Co., Gucci, Versace, Jeffrey, Valentino, Tommy Bahama, Bottega Veneta and Giorgio Armani. Phipps Plaza’s other major attractions include a 14-screen AMC Theatre, three white-tablecloth restaurants and the center’s newest attraction, LEGOLAND Discovery Center. The 831,000 square foot, super-regional mall was built in 1968 and acquired by Simon in 1998. For more information, visit www.simon.com or visit the center on Facebook and Twitter.

About Simon Property Group
Simon Property Group, Inc. (NYSE:SPG) is an S&P 100 company and the largest real estate company in the world. The Company currently owns or has an interest in 337 retail real estate properties in North America and Asia comprising 245 million square feet. We are headquartered in Indianapolis, Indiana and employ approximately 5,500 people in the U.S. For more information, visit the Simon Property Group website at www.simon.com.

Joe Kleimanhttp://wwww.themedreality.com
Raised in San Diego on theme parks, zoos, and IMAX films, InPark's Senior Correspondent Joe Kleiman would expand his childhood loves into two decades as a projectionist and theater director within the giant screen industry. In addition to his work in commercial and museum operations, Joe has volunteered his time to animal husbandry at leading facilities in California and Texas and has played a leading management role for a number of performing arts companies. Joe previously served as News Editor and has remained a contributing author to InPark Magazine since 2011. HIs writing has also appeared in Sound & Communications, LF Examiner, Jim Hill Media, The Planetarian, Behind the Thrills, and MiceChat His blog, ThemedReality.com takes an unconventional look at the attractions industry. Follow on twitter @ThemesRenewed Joe lives in Sacramento, California with his wife, dog, and a ghost.
Share
Facebook
Twitter
Linkedin
Email
Print
WhatsApp
Pinterest
ReddIt
Tumblr
Previous article
Physics Forest to be Installed this Week at Kidspace Children’s Museum
Next article
Gaylord Palms Completing $50 Million Renovation