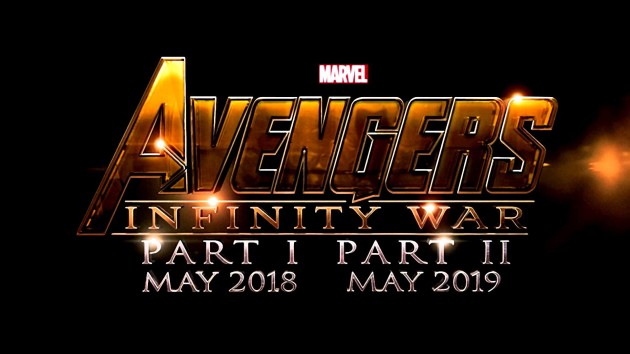 Joe and Anthony Russo stated, “The intent with the Infinity War films is to bring ten years of accumulative storytelling to an incredible climax. We felt that the best way to exploit the scale and scope required to close out the final chapter of these three phases, was to be the first films shot entirely on the IMAX/ARRI Digital camera.”

“Over the years, IMAX has had the incredible good fortune to work with some of the world’s finest, most talented filmmakers, who continue to push the envelope both technically and creatively,” said Greg Foster, Senior Executive Vice President,IMAX Corp. and CEO of IMAX Entertainment. “We could not be more excited to deepen our partnership with Joe and Anthony Russo, a pair of filmmakers we believe are next-generation trailblazers. Marvel’s Avengers franchise has become a global phenomenon and to have it pay off in this epic way using the IMAX/ARRI digital camera is the very definition of event movie-going.”

The next-generation 2D digital camera – co-developed by IMAX and ARRI – is meant for use by today’s leading filmmakers working in the IMAX format. The joint solution is designed as a complementary tool to IMAX’s high-resolution capture technologies – including its 3D digital and 15perf / 65mm film cameras. Moreover, IMAX worked with ARRI to achieve the highest level of digital image capture for playback on IMAX’s xenon and new laser projection systems.

IMAX recently began rolling out its next-generation laser projection system, with more than 71 laser system deals signed globally to date. Such iconic venues to feature the new system include the newly retro-fitted Airbus IMAX Smithsonian Theatre at the Steven F. Udvar-Hazy Center in Chantilly, VA., and Seattle’s Boeing IMAX Theatre at Pacific Science Center, both of which re-opened in time for the release of Marvel’s Avengers: Age of Ultron – the first film to be re-mixed for IMAX’snew 12 channel sound system at these IMAX with laser locations.

The IMAX 3D release of Marvel’s Avengers: Infinity War – Parts 1 & 2 will be digitally re-mastered into the image and sound quality of The IMAX Experience with proprietary IMAX DMR (Digital Re-mastering) technology. The crystal-clear images, coupled with IMAX’s customized theatre geometry and powerful digital audio, create a unique environment that will make audiences feel as if they are in the movie.

Joe Kleimanhttp://wwww.themedreality.com
Raised in San Diego on theme parks, zoos, and IMAX films, InPark's Senior Correspondent Joe Kleiman would expand his childhood loves into two decades as a projectionist and theater director within the giant screen industry. In addition to his work in commercial and museum operations, Joe has volunteered his time to animal husbandry at leading facilities in California and Texas and has played a leading management role for a number of performing arts companies. Joe previously served as News Editor and has remained a contributing author to InPark Magazine since 2011. HIs writing has also appeared in Sound & Communications, LF Examiner, Jim Hill Media, The Planetarian, Behind the Thrills, and MiceChat His blog, ThemedReality.com takes an unconventional look at the attractions industry. Follow on twitter @ThemesRenewed Joe lives in Sacramento, California with his wife, dog, and a ghost.
Share
Facebook
Twitter
Linkedin
Email
Print
WhatsApp
Pinterest
ReddIt
Tumblr
Previous articleNintendo Scores with Themed Attraction Deal at Universal Parks Worldwide
Next articleBusch Gardens Williamsburg and Kings Dominion Joining Forces for Joint Ticket and Marketing