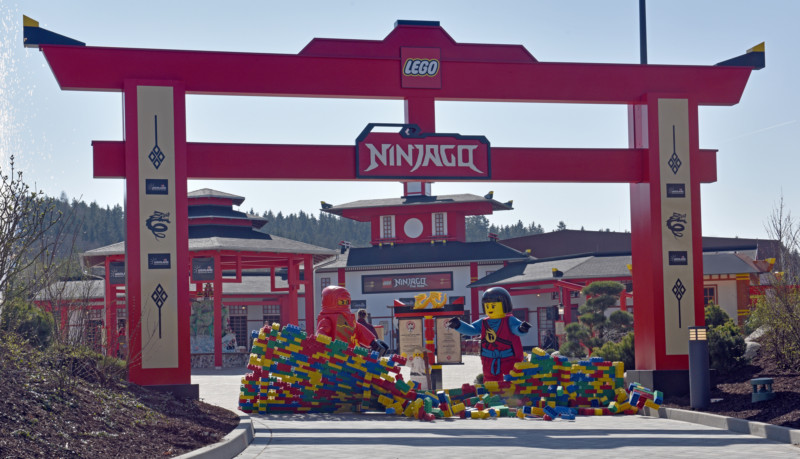 LEGOLAND Deutschland Resort started into the season 2017 with a new park area. As of the 1 April, LEGO NINJAGO WORLD became the highlight of the theme park located in Günzburg. The parent company Merlin Entertainments Group invested 9.2 million Euros which is the largest single investment at LEGOLAND Deutschland since its opening. This is a birthday present for LEGOLAND and its young and old fans, as LEGOLAND celebrates its 15th birthday on 17 May.

The popular product line NINJAGO comes alive on almost 7,000 square meters in the new park area. Families immerse into a ninja monastery, which is lovingly and elaborately designed with many numerous LEGO models. More than one million LEGO bricks were used for the area and of course the guests can meet the NINJAGO heroes Zane, Kai, Cole, Jay, Lloyd, Nya and Master Wu. 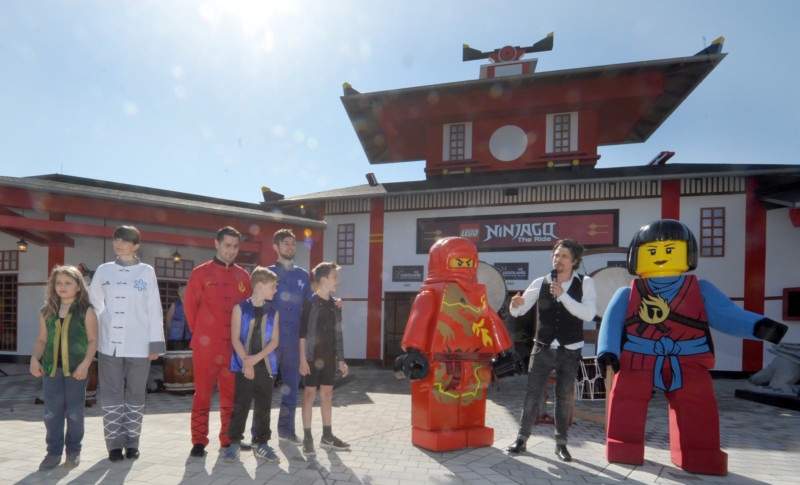 The core of the park area is the new attraction LEGO NINJAGO The Ride, which offers interactive fun in 4D for the whole family. A for Germany unique technic opens the door to a completely new level of fun. Young and old guests can actively take part due to unique and innovative hand gesture technology. The only thing they have to do is to
move their hands.

Before entering the temple, young and old NINJAGO fans can practice important physical ninja skills on different stages. Proof your speed at Jay’s reaction game. Strength and flexibility are required at Cole’s climbing wall and you will need a good level of balance and dexterity for Kai’s Spinners. Of course building with LEGO bricks plays an important part in the new park area: younger guests can be creative in a LEGO DUPLO area and older master builders can expand the LEGO monastery landscape according to their desires together with Nya and Zane. 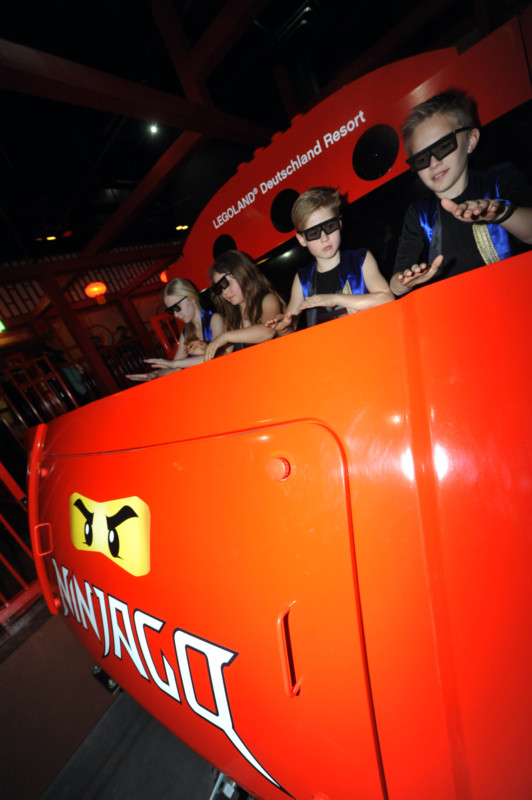 A completely new experience in the 4th dimension awaits the guests in the inside of the LEGO NINJAGO The Ride. The goal is to practice the elemental ninja skills, particularly, to master the NINJAGO elements: lightning, fire, ice and earth. During the journey through the LEGO themed temple, the guest will pass by different 3D-scenes, which were created by Master Wu as single training rooms, so called dojos. On board of the special vehicles, the passenger can shoot flashes, fire balls, ice fountains and air blasts against their virtual trainings enemies, only by using their hands.

By doing so, the passenger practices his ninja skills and collects points. Effects like light and fog create a perfect 4D-illusion. The ninja training is suddenly interrupted by The Great Devourer attacking the temple. Quickly fun turns very serious and it soon becomes clear that there is only one way to beat him: everyone has to work together and join their powers for the grand finale.

Young and old ninjas can recharge their batteries at the Ninja Kitchen with some tasty Asian food after the exhausting showdown, before the next training begins. 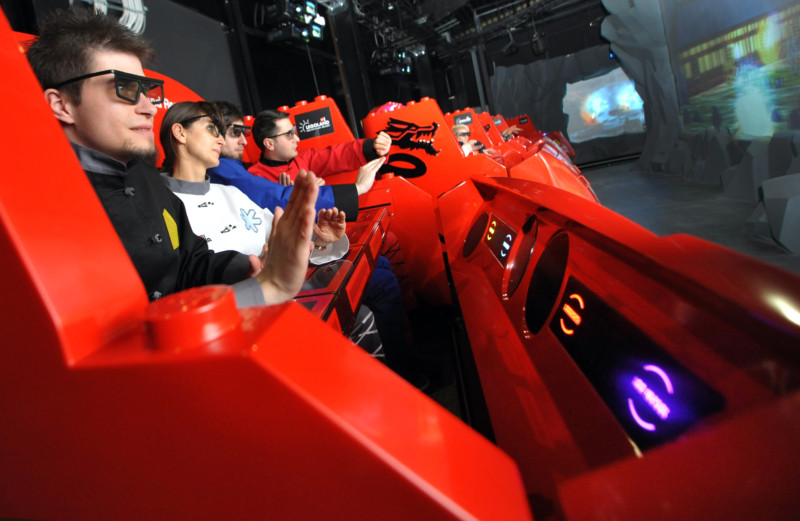  The Maestro™ hand gesture technology was developed by the Canadian company Triotec, one of the worldwide leading producers of media-based, interactive attractions  15,000 3D-glasses were purchased

 85 tons of steel for the hall structure

 20,000 meter cable were used in total for the whole park area

 More than one million LEGO bricks were used

 The dragon models in front of the entrance are made of 80,000 LEGO bricks each

 The model with the most LEGO bricks is the NINJAGO monastery with approx. 800,000 bricks

Joe Kleimanhttp://wwww.themedreality.com
Raised in San Diego on theme parks, zoos, and IMAX films, Joe Kleiman would expand his childhood loves into two decades as a projectionist and theater director within the giant screen industry. In addition to his work in commercial and museum operations, Joe has volunteered his time to animal husbandry at leading facilities in California and Texas and has played a leading management role for a number of performing arts companies. Joe has been News Editor and contributing author to InPark Magazine since 2011. HIs writing has also appeared in Sound & Communications, LF Examiner, Jim Hill Media, and MiceChat. His blog, ThemedReality.com takes an unconventional look at the attractions industry. Follow on twitter @ThemesRenewed Joe lives in Sacramento, California with his fiancé, two dogs, and a ghost.
Share
Facebook
Twitter
Linkedin
Email
Print
WhatsApp
Pinterest
ReddIt
Tumblr
Previous articlePuy du Fou Wins mondo*dr Award for Best Integrated Resort
Next articleIAAPA EMEA Spring Forum Headed to Krakow