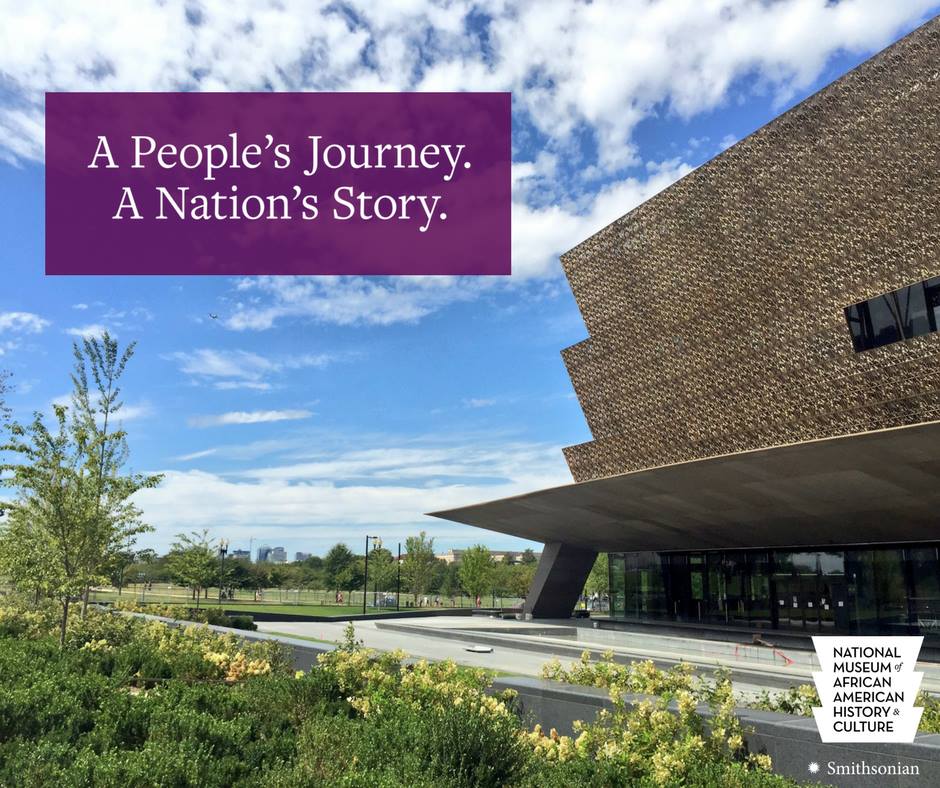 The Smithsonian’s National Museum of African American History and Culture on March 24 celebrated the six-month anniversary of its opening Sept. 24, 2016. In its inaugural half-year, the museum has welcomed nearly 1.3 million visitors through its doors. Other highlights include:

The museum increased the number of items in its permanent collection to more than 40,000. Approximately 3,000 objects are on display in the museum’s 12 inaugural exhibitions. Since opening, the museum has added several notable fine-art acquisitions, including “Mabel,” a painting by Hughie Lee Smith; artworks by Bennie Andrews donated by the United Negro College Fund; vintage photographs by James Van Der Zee; and photographs by Roland Freeman. Two of the Freeman photographs will go on view this May in the museum’s newest temporary exhibition, “More Than a Picture.” “Through the African American Lens: Selections from the Permanent Collection” remains on view next door at the Smithsonian’s National Museum of American History, offering visitors another way to experience the National Museum of African American History and Culture and its collections.

The museum was recognized for its design in the Wall Street Journal’s 2016 Best New Architecture honors and awarded Best Cultural Draw in Wallpaper magazine’s January 2017 Design Awards. The museum is also an environmental leader—it uses 19,400 gallons per day of repurposed rain, condensation and ground water it collects for building operations and 301 photovoltaic roof panels that produce 122,803 kilowatt hours annually. The successful implementation of these renewable-energy resources will help the museum officially achieve LEED Gold Certification in 2017—the first honor of this kind for any building on the National Mall.

The museum has screened many notable films in the Oprah Winfrey Theater, including five Oscar-nominated films:

Programming connected to these screenings has included panel discussions with Denzel Washington and the cast of Fences, Octavia Spencer and the cast of Hidden Figures and Naomie Harris and Barry Jenkins from Moonlight. The museum also screened two episodes of WGN’s Underground.

Through its partnership with Family Search, the museum and a network of more than 25,000 volunteers completed the indexing of the Freedmen’s Bureau Records, making the names of nearly 1.8 million formerly enslaved men, women and children searchable online. Volunteers can still sign up online to assist in the effort to transcribe the records, which will make them keyword searchable online.

Through its social-media channels, the museum has reached new audiences outside of Washington, D.C. Since opening Sept. 24, the museum has increased its Facebook following by 156,000 for a total of 300,000, Twitter following by 71,000 for a total of 114,000 and Instagram following by 41,000 for a total of 91,000. The museum’s visitors have used social media to engage with the museum both before and after their visit—over 44,000 posts have been shared using #NMAAHC on Instagram, and tweets using #APeoplesJourney have been shared to over 110 million Twitter accounts. Since its launch, more than 50,000 iOS and Android users have experienced the museum’s Mobile Stories application, which offers a complement to the onsite museum experience and ways for users to begin discovering some of the many stories found in the collection. Stories featured in the app have been viewed almost 400,000 times and more than a thousand “reactions” to the in-app stories have been shared by users through the app.

The number of charter members has grown to more than 160,000 members since the program began. The museum continues to raise funds for exciting new public programs and to develop endowments for scholarly centers for African American study ranging from religion to sports.

The museum’s restaurant, Sweet Home Café, was named one of 27 semifinalists nominated for the 2017 James Beard Foundation Awards in the category of Best New Restaurant. Sweet Home Café is one of few museum restaurants ever to receive this distinguished honor. The café boasts both refined and down-home cooking linked to the geographic regions that inspired each dish, revealing stories about African American culture through food.

Joe Kleimanhttp://wwww.themedreality.com
Raised in San Diego on theme parks, zoos, and IMAX films, Joe Kleiman would expand his childhood loves into two decades as a projectionist and theater director within the giant screen industry. In addition to his work in commercial and museum operations, Joe has volunteered his time to animal husbandry at leading facilities in California and Texas and has played a leading management role for a number of performing arts companies. Joe has been News Editor and contributing author to InPark Magazine since 2011. HIs writing has also appeared in Sound & Communications, LF Examiner, Jim Hill Media, and MiceChat. His blog, ThemedReality.com takes an unconventional look at the attractions industry. Follow on twitter @ThemesRenewed Joe lives in Sacramento, California with his fiancé, two dogs, and a ghost.
Share
Facebook
Twitter
Linkedin
Email
Print
WhatsApp
Pinterest
ReddIt
Tumblr
Previous articleAlterface Exhibiting at DEAL Amid Company’s Expanding Projects in UAE Region
Next articleAlcorn McBride Steps Into the Multimedia Ring at the Muhammad Ali Center