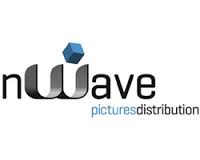 “Galapagos 3D” will be released to IMAX® theaters and Digital Giant Screen cinemas in February 2014 and will available in 38- and 20-minute versions, 3D and 2D, 15-perf./70mm film and 4K/2K digital formats.  The industry premiere of “Galapagos 3D” will be September 15th in Ottawa during the Giant Screen Cinema Association (GSCA) 2013 Conference at the Canadian Museum of Civilization.

“Galapagos 3D” takes viewers to a paradise unlike any other, where life has played out in relative isolation over millions of years. The result is a biological wonderland comprising some 9,000 species with approximately 80% of the land-dwelling population being indigenous to these enchanted islands. This extraordinary wildlife has adapted to their unique environment, forging unlikely companionships and surviving against all odds. In these remote volcanic islands, giant half-ton long-necked tortoises lumber among dancing blue-footed boobies and flightless cormorants. Penguins thousands of miles away from their natural habitats share the seas with unique marine iguanas that spit sea-salt from their noses.

“After successfully launching “Penguins 3D” earlier this year at major US institutions such as the American Museum of Natural History in New York, Omaha’s Henry Doorly Zoo & Aquarium and Boston’s New England Aquarium, we are excited to again work with Attenborough and Geffen on this remarkable new film that will wow kids and families alike,” said Eric Dillens, Chairman of nWave Studios. “Building a strong lineup that provides the highest quality production standards and meets the educational needs of our clients is one of our company’s top priorities.”

“Galapagos is full of dramas, and it is also full of very, very charismatic animals which, because they’re uniquely unafraid of humans, you can get up close to and film: it’s a natural for 3D,” explains David Attenborough. “It’s one of the wonders of the world, and the animals are absolutely riveting in 3D.”

“We wanted moviegoers to discover the wonders of the Archipelago as never before,” explains Anthony Geffen, Producer of the film and Chief Executive Officer of Atlantic Productions. “By using cutting-edge 4K 3D stereoscopic cameras and pushing the limits of existing technologies, we were able to meet the unprecedented challenges posed by the unique species and environments of the islands. We wanted to present the film in a way that gives audiences an opportunity to see these amazing creatures and vistas, but also to give them a chance to feel totally immersed in the experience through great 3D filming”

“Galapagos 3D” was filmed on location over a ten-month period, and the entire production lasted fifteen months. The small volcanic archipelago is governed by Ecuador and is located in the Pacific Ocean, some 600 miles (966 Km) from the coast of South America. This isolation, being located at the confluence of several nutrient-rich ocean currents, the lack of human contact for millions of years and on-going volcanic activity, has created a living museum of wildlife.

Joe Kleimanhttp://wwww.themedreality.com
Raised in San Diego on theme parks, zoos, and IMAX films, InPark's Senior Correspondent Joe Kleiman would expand his childhood loves into two decades as a projectionist and theater director within the giant screen industry. In addition to his work in commercial and museum operations, Joe has volunteered his time to animal husbandry at leading facilities in California and Texas and has played a leading management role for a number of performing arts companies. Joe previously served as News Editor and has remained a contributing author to InPark Magazine since 2011. HIs writing has also appeared in Sound & Communications, LF Examiner, Jim Hill Media, The Planetarian, Behind the Thrills, and MiceChat His blog, ThemedReality.com takes an unconventional look at the attractions industry. Follow on twitter @ThemesRenewed Joe lives in Sacramento, California with his wife, dog, and a ghost.
Share
Facebook
Twitter
Linkedin
Email
Print
WhatsApp
Pinterest
ReddIt
Tumblr
Previous articleKidZania Celebrates 14th Year With 14th Location in Mumbai
Next articlePGAV Destinations Adds to Polar Bear Portfolio with Addition of St Louis Zoo