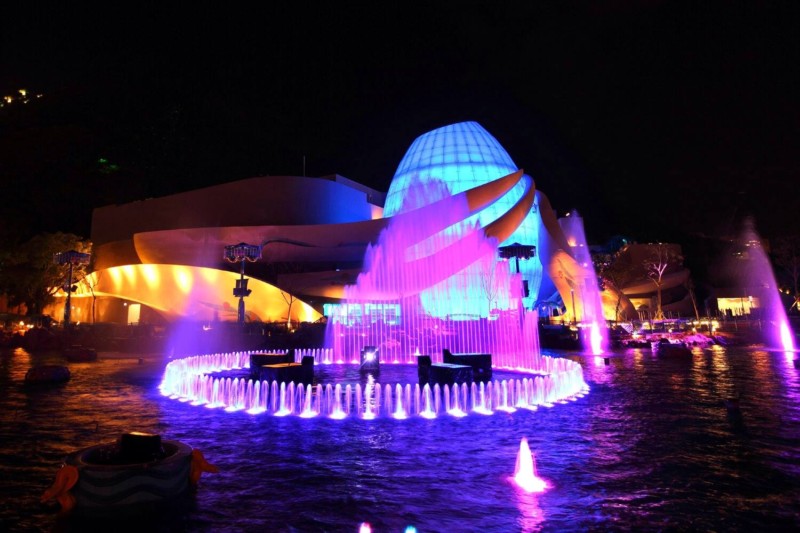 Hong Kong (January 22, 2014) — Ocean Park today revealed that its new round of development projects will add around 30 attractions and a projected 1,100 permanent staff positions by 2017. Along with the Ocean Hotel project, the new developments will further elevate the Park’s appeal to overseas tourists and frequent independent travellers (FITs), supporting the government’s vision for Hong Kong’s tourism development. The expansion of attractions will also enhance Ocean Park as a facility serving the community’s recreational and education needs. The Park also announced the appointment of three executive directors, including the head of the newly formed Hotel & Hospitality Division, who will together help lead this new chapter of Ocean Park’s development.

Mr. Tom Mehrmann, Chief Executive of Ocean Park, said, “Ocean Park as a local landmark will undergo yet another dramatic transformation with our 495-room hotel development and the new 400,000 square-foot Water World project, complemented by the 2015 launch of the MTR South Island Line, which will vastly enhance accessibility by independent travellers and locals alike. Ocean Park is thus well positioned to elevate its contributions as a pillar of Hong Kong’s tourism industry and community asset.”

Mr. Mehrmann added, “Paul, Vivian and Celine have all made enormous contributions to the record-setting and award-winning results achieved over the past few years, helping realize the ambitious vision of our HK$5.5 billion Master Redevelopment Plan (MRP). They have the professional expertise and passion for our values to help lead the exciting new phase of Ocean Park’s evolution as a world-class destination.”

During his 14-year tenure as Executive Director, Marketing & Sales, Mr. Paul Pei led the creation of Ocean Park’s highly successful “Big 5” seasonal events, including Halloween Bash, which spread Halloween fever across Hong Kong and turned the city into Asia’s Halloween capital. As a fervent advocate for the local tourism industry, Mr. Pei spearheaded the establishment of the Hong Kong Association of Amusement Parks and Attractions and serves as its founding president. In his new position, he is tasked with ensuring the new hotel offerings embody Ocean Park’s values and world-class standards. Prior to joining Ocean Park, Mr. Pei held various management positions in 5-star hotels, including the Hawaiian Regent, Westin Ilikai, both in Honolulu, Hawaii, Shangri-La Singapore, Island Shangri-La Hong Kong, and The Beaufort Sentosa.

Mr. Pei said, “I am delighted to take on this new role and draw on my nearly three decades of experience in the hotel industry as well as insights in guest expectations and tourism trends to further the transformation of Ocean Park into a premier international resort destination. In particular, I look forward to working with the developer and the hotel management company to ensure implementation will proceed smoothly and in compliance with Ocean Park’s world-class standards. ”

Since joining Ocean Park in 1999, Ms. Vivian Lee has served as Marketing Manager and more recently as Director of Marketing. She was instrumental to the launch of Ocean Park’s many award-winning marketing campaigns, promotion drives and advertising initiatives. Being an accomplished marketing professional, Ms. Lee serves on the Marketing Committee of the International Association of Amusement Parks and Attractions (IAAPA), helping host education sessions at IAAPA’s annual conferences and sharing with industry peers Ocean Park’s award-winning work in digital marketing. Prior to Ocean Park, Ms. Lee held various management positions in Hong Kong and Australia.

Ms. Lee said, “We will continue to bring new excitement to our guests through existing and new events and explore joint promotion opportunities with local and international brands. Given the ever increasing prominence of social media, we are looking to expand our digital outreach so as to turn every fan and guest into a communication channel of our offerings. Our goal is to integrate more leading-edge technology into the total guest experience, thereby facilitating word of mouth sharing and boosting return visits. We will also step up our promotional efforts in overseas markets to drive FIT arrivals.”

During her tenure as Project Design Director at Ocean Park over the past 7 years, Ms. Celine Cheung has been closely involved with the planning and design of all the new attractions that opened under the MRP and other new infrastructure and projects. Before joining Ocean Park, Ms. Cheung has held a multitude of design and management positions, having worked in architecutral and design firms in a consultancy role as well as design and project management roles with large scale general contractors on a variety of world-class projects. Celine holds a Master of Architecture degree and is a registered architect in Hong Kong.

Ms. Cheung said, “As we expand the ecosystems represented in the Park, we will remain focused on delivering immersive experiences combining entertainment, education and conservation values. In preparation of the 2015 launch of the South Island Line, we are now in close collaboration with MTR on incorporating Ocean Park elements into the design of the Ocean Park station. Given the expected increase in attendance by FITs and local guests, we also plan to add different facilities to offer them more convenience and flexibility in planning their stay.”

Among the new projects already planned or under development are: a new world-class water park that seamlessly melds the built environment, inspired by nature, into the beautiful hills of Tai Shue Wan; the revamping of Whiskers Harbour, with the aim of delivering enthralling guest experiences for younger guests with an underlying focus on family and children’s attractions, as well as the appreciation of animals and nature uniquely tailored to the interest of today’s kids and parents; a shark aquarium that is dynamic and exhilarating, whilst educating the public on the delicate balance of our ecosystem and the importance of protecting endangered species; a new exhibit inspired by the outback of South Australia, which will be the home of the future koalas, specially gifted by the Government and people of South Australia to Hong Kong, as well as other animal species native to South Australia.

Mr. Mehrmann added, “With so many exciting projects being readied and in the pipeline, we are confident that we have the best management team to help us deliver the best theme park experience for the present and future needs of our guests.”

Joe Kleimanhttp://wwww.themedreality.com
Raised in San Diego on theme parks, zoos, and IMAX films, Joe Kleiman would expand his childhood loves into two decades as a projectionist and theater director within the giant screen industry. In addition to his work in commercial and museum operations, Joe has volunteered his time to animal husbandry at leading facilities in California and Texas and has played a leading management role for a number of performing arts companies. Joe has been News Editor and contributing author to InPark Magazine since 2011. HIs writing has also appeared in Sound & Communications, LF Examiner, Jim Hill Media, and MiceChat. His blog, ThemedReality.com takes an unconventional look at the attractions industry. Follow on twitter @ThemesRenewed Joe lives in Sacramento, California with his fiancé, two dogs, and a ghost.
Share
Facebook
Twitter
Linkedin
Email
Print
WhatsApp
Pinterest
ReddIt
Tumblr
Previous articleUniversal Orlando Releases Magical Details of Harry Potter – Diagon Alley
Next articleHistoric Hornet Aircraft Carrier Hosts Paranormal Conference