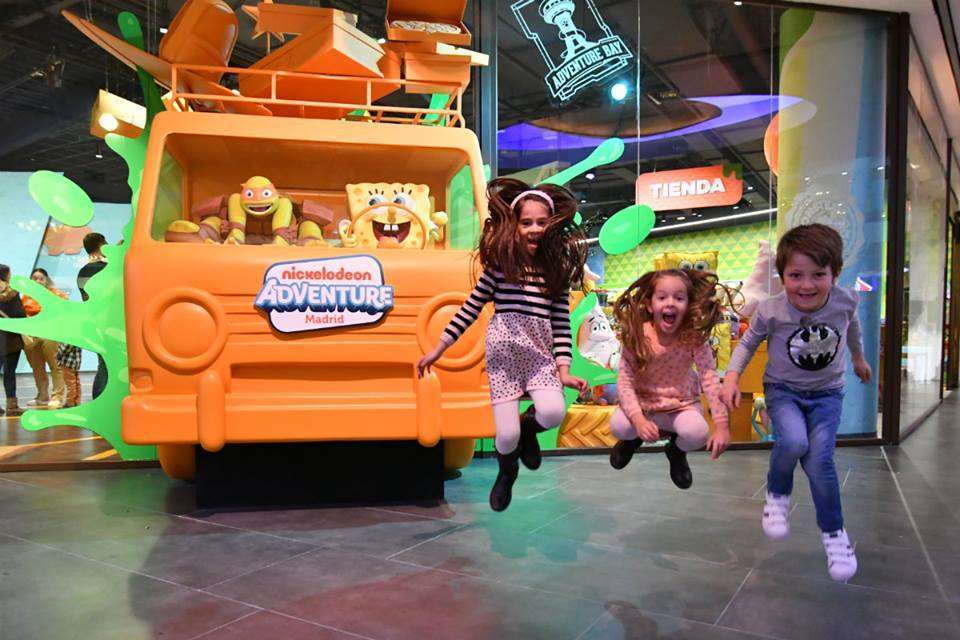 Parques Reunidos has opened “Nickelodeon Adventure” Madrid, which will be located at intu Xanadú (Arroyomolinos), a shopping and leisure center owned by intu. This launch falls within the agreement reached between Parques Reunidos and Viacom International Media Networks in March 2016 to theme different areas in the Group’s theme parks after Nickelodeon’s shows and characters.

The park will include different spaces themed after the most famous Nickelodeon characters, thus offering a completely immersive experience. Visitors will be able to do jellyfish races at the SpongeBob SquarePants zone, play an organ made of corals or obtain their sailing license at the boating school. Among all these interactive games there will also be a Paw Patrol area, where children will have the chance to slide down the famous Control Tower. Other fun areas include Dora the Explorer and The Fairly OddParents special zones, as well as a Ninja Turtles adventure course with routes through tunnels and over climbing walls, and a Rugrats zone for toddlers.

The center also includes a birthday room themed after the Nickelodeon characters, an interactive area, a 4D cinema, and educational areas for school groups. In addition, some of the most popular Nickelodeon characters are present at “Nickelodeon Adventure” Madrid so that all children can take a picture home as a souvenir of a fun family day.

Finally, “Nickelodeon Adventure” visitors Will have a chance to take a break and a snack at Slime Café, while also wrapping up their experience at the Nickelodeon Store, where all intu Xanadú customers will be able to purchase Nickelodeon official merchandise.

“After the success at Parque de Atracciones de Madrid’s Nickelodeon Land and Movie Park Germany’s NickLand, facilities like the ones at Xanadú allow us to offer families an opportunity to experience Nickelodeon in a different and innovative way through the activities and technology they will find at centers like the one opening now in Madrid” explained Jesús Fernández, Chief Operating Officer of Europe at Parques Reunidos.

“For Viacom, the launch of “Nickelodeon Adventure” Madrid means bringing the most beloved Nickelodeon characters –like SpongeBob SquarePants, Paw Patrol, or the Ninja Turtles- closer to the children in Madrid, but also to the families who come here on holiday. With this new indoor center, we offer, once again, a true Nickelodeon experiences.” Added Manuel Gil, Senior Vice President, General Manager at Viacom International Media Networks España. 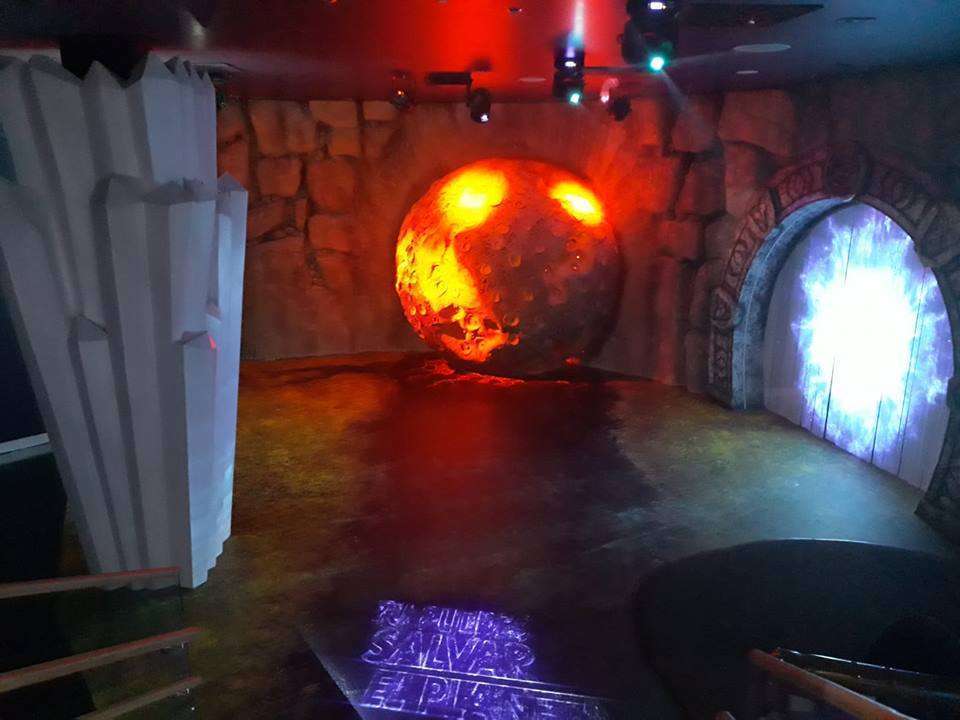 Also now open at Xanadú is Atlantis Aquarium, the first interactive Aquarium of Europe, in which Parques Reunidos Group brings together technology, education and environmental awareness in a new aquarium concept that is more accessible and closer to the public.

The first Aquarium from Parques Reunidos in an Indoor complex, Atlantis Aquarium pioneers the application of the Community Directive of single-use plastics in Spain, aimed at raising public awareness about a real threat that is seriously affecting marine biodiversity and the whole food chain. In an effort to implement its responsible strategy from its very opening, Atlantis Aquarium has eliminated all 10 single-use plastic products that are most often found in the sea and at the beach. With this effort, Atlantis Aquarium aims at contributing to the reduction of marine litter.

With an area of more than 6.000 m2 and a capacity of more than 2.300.000 liters of water, Atlantis Aquarium offers the opportunity of learning about marine biodiversity through guided visits to schoolchildren and families, and games and challenges with cutting-edge technology aiming at building a more sustainable planet with simple gestures, through education and learning.

Atlantis Aquarium invites visitors to immerse themselves in a journey which begins when a meteorite crashes into Madrid. This meteorite carries a message from a future submerged civilization, which warns current humans about the consequences of climate change if no action to avoid it is taken immediately.

From this moment, a journey to the most important aquatic ecosystems of the planet begins. Nearly 10.000 specimens from more than 150 different species inhabit these ecosystems, some as representative as the loggerhead turtle (Caretta caretta), the Gentoo penguin (Pygoscelis papua), the grey reef shark (Carcharhinus amblyrhynchos), and various kinds of tropical fish, corals and jellyfish. Each ecosystem, from the mangroves to coral reefs, going through abyssal depths and finishing in the Antarctica, is complemented with several interactive tests that allow guests to feel the strength of a wave, follow sustainable fishing advice or even recycle plastics to avoid the death of marine animals.

Cutting-edge technology, as an optional experience, brings guest closer with Virtual Reality in an exciting immersion among sharks while Augmented Reality transports them only a few centimeters away from some of the most fascinating species of the South Pole. Immersive passages, waves of litter, the recreation of abyssal fauna, and interactive screens with challenges about sustainability and conservation of the marine environment are just some of the activities that Atlantis Aquarium offers to schoolchildren, families and visitors. At the end of the tour, visitors who have completed all tasks will receive the official certification of Atlantis Ambassador.

As a future member of AIZA (Iberian Association of Zoos and Aquariums), Atlantis Aquarium is an educational and awareness-raising leisure center of reference and maintains, within the framework of Parques Reunidos Foundation, diverse collaborations related to the protection of marine biodiversity. These collaborations are accomplished through awareness-raising tasks with entities involved in waste recycling, international organizations for the conservation of marine life, universities, schools and public and private organizations.

Joe Kleimanhttp://wwww.themedreality.com
Raised in San Diego on theme parks, zoos, and IMAX films, Joe Kleiman would expand his childhood loves into two decades as a projectionist and theater director within the giant screen industry. In addition to his work in commercial and museum operations, Joe has volunteered his time to animal husbandry at leading facilities in California and Texas and has played a leading management role for a number of performing arts companies. Joe has been News Editor and contributing author to InPark Magazine since 2011. HIs writing has also appeared in Sound & Communications, LF Examiner, Jim Hill Media, and MiceChat. His blog, ThemedReality.com takes an unconventional look at the attractions industry. Follow on twitter @ThemesRenewed Joe lives in Sacramento, California with his fiancé, two dogs, and a ghost.
Share
Facebook
Twitter
Linkedin
Email
Print
WhatsApp
Pinterest
ReddIt
Tumblr
Previous articleSeaWorld’s Inside Look arrives in Orlando with a one-of-a-kind behind the scenes look at animal care
Next articleOrange County approves extension of Kirkman Road through Universal expansion property