Paul Noland: transitioning from IAAPA, accesso and the future of ticketing 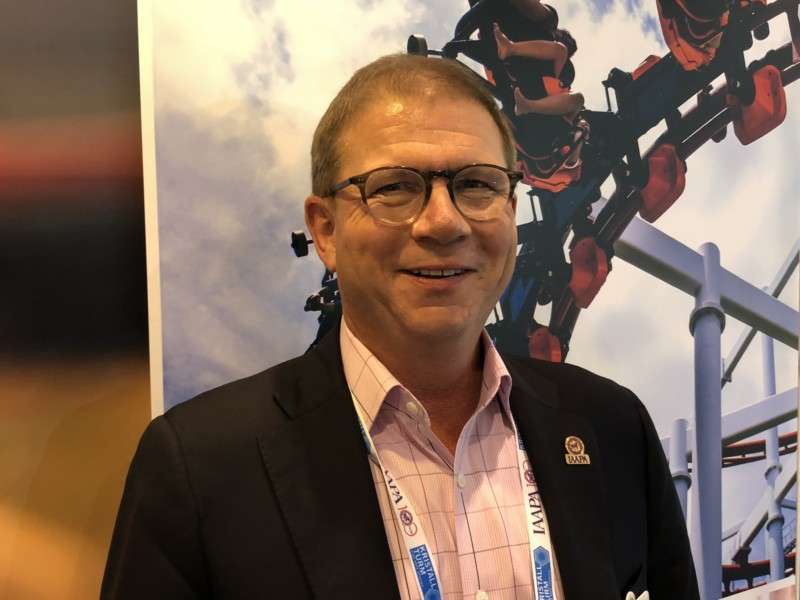 In February of this year, IAAPA announced Paul Noland’s resignation from the association’s CEO role. Days later, Noland was named as accesso’s new CEO. He replaced Steve Brown, who is remaining on in an advisory capacity during the transition. Prior to his position with IAAPA, Noland worked for many years at Walt Disney Parks & Resorts and Marriott International. We spoke with Paul during the AAE show in Hong Kong.

Why did you feel now was the right time to change direction?

My role at IAAPA was my dream job. I really enjoyed it and was perfectly happy. But I have some real background in this area, like ticketing, revenue management and queuing. It’s something I’ve had a great passion for. In regards to accesso, Steve Brown and I have known each other for years. We worked together at Disney doing ticketing for Walt Disney World. I knew if ever there was a company that would be a natural fit, it was here. When Tom Burnet, chairman of accesso, approached me in the fall, I felt like it was the right move.

What are you most proud of with your time at IAAPA?

I think I’m most proud of the association’s ability to expand globally. In particular, the growth of these expos really enabled everything else the association does. It allowed us to expand our services around the globe. Of course, it wasn’t just me – the whole team deserves great credit.

You have much experience as an operator, and you led an association representing operators, why move to the supplier side?

To me there is not a great division between the two. It is really one industry and had this not come along, I would have stayed with IAAPA indefinitely. accesso is really a company that is doing great work and the products and lines of business they are in are areas I’ve had over 20 years of passion and experience in, so it was really the right opportunity.

What do you appreciate most about accesso?

First and foremost it’s the people. The motto of the organization is we are not a technology company, we are an attraction and leisure company that employs technology to enable the guest experience. That resonates with me. I knew a lot of people coming in, but I am really impressed with how strong the team is and how super focused they are on the customer.

What can you bring to the accesso team?

First, I think I have a pretty good appreciation of the industry from a global level and I’ve had relationships for many years with key players in the industry. Second, I have a lot of strategic planning and business development in my background and accesso has changed so much over the last five years, including five major acquisitions. Now it’s time to put together the long term strategy for how we make those products work better together, and armed with that information, figure out what markets we should pursue. We have a limitless set of markets to pursue, so my first year I expect to start prioritizing where we should be.

What are your thoughts on the state of the industry?

Overall, can you believe it is still this strong? It’s been a long run and things are still extremely strong. But I’m old enough and experienced enough to know the tree doesn’t grow to the sky– but it is really healthy right now. There are some social economic phenomenon that is spurring us on, independent of the health of the economy. The fact that people much more value experiences than things, an emerging middle class in places like Asia, and a general growth in leisure is fueling it and will continue to fuel it.

It seems like parks and attractions would be even more embracing of tech than they are and I think we are starting to really see that. Historically, if you own a park, capital is a huge thing and you always want to put it into guest-facing projects. We don’t always think of ticketing as guest-facing, but rather as infrastructure. Now that is changing. People are losing tolerance for waiting in lines, so to have technology that gets a ticket in your hand before you show up, or can manage queues during the day really is a guest-focused and adds to the guest experience and, frankly, adds to the revenues of the park.

It’s driven as much by the consumer as it is by the operator.

Absolutely. People don’t have tolerance for lines, because once some lines get removed from your life, the next line you hit makes you incrementally madder. Now you don’t have to wait in line at airports, you can buy things instantly online, etc. Now that line you do encounter makes you much more upset than it would have three years ago. That pus the onus on everyone in business to find ways to break down those lines and barriers. It’s a real opportunity for parks to improve the guest experience.

What are you talking about here at the AAE show?

We are a relative newcomer in Asia, we signed an agreement with Merlin a few years ago and are in the process of  rolling out our ticketing solution to their 100+ attractions around the globe, including here in Asia. At the show we are reminding people that we are in Asia, we are serious about Asia, and we are effectively doing business in Asia in several countries. People want to work with someone that is already established and with a product that is tested in their country. So we are here, we have an office here, and we are making investments in the region.

Can you update me on where accesso is headed next?

In the last 3-5 years, ticketing has really changed a great deal. When I tell my children that I used to drive to a theater and wait three hours to see a two hour movie they look at me like there’s something wrong with me. Why would anybody do that? That’s how much that process has changed. Now I don’t know what ticketing looks like 3-5 years from now, but I’m pretty sure it’s not the way it looks today. We have to stay focused on the technology, but also stay focused on where the customer is. We want to be there making that guest journey easier.