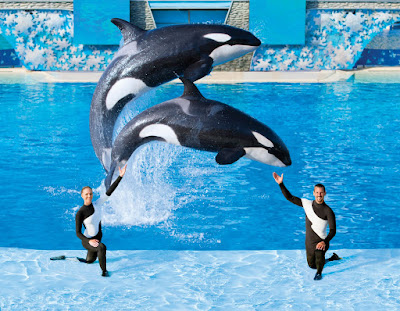 (St. Louis, MO – PGAV Destinations, a global leader in destination planning and design, released its 2010 year in review, which highlights the firm’s performance throughout the preceding twelve months.
This year, the firm again bucked industry trends by showing increased growth and diversification with six major project openings at destinations including the Biltmore Estate, the Georgia Aquarium, and SeaWorld San Diego. During 2010, PGAV worked on dozens of projects in twelve US states and five countries.
The company’s key markets include Zoos and Aquariums, Cultural Destinations, and Entertainment Attractions. “Balanced strength in all of these destination market sectors, plus a significant increase in international projects has kept our billing volume very strong, even in a tough economy,” according to Jim Moorkamp, Principal, PGAV Destinations.
During 2010, PGAV also announced its involvement at several projects that will open in 2011 at places including Discovery Cove, Busch Gardens Tampa, The Louisville Zoo, and The Saint Louis Science Center. “We are also very busy on planning and design work for several projects that will open in 2012 and 2013,” according to Mike Konzen, Principal, PGAV Destinations.

Judith Rubin
Judith Rubin ([email protected]) is a leading journalist, publicist, strategist, blogger, content marketing specialist and connector in the international attractions industry. She excels at writing about all aspects of design and technical design, production and project management. Areas of special interest include AV integration and show control, lighting design and acoustics, specialty cinema, digital video and world’s fairs. Judith has ties to numerous industry organizations. From 2005-2020 she ran communications, publications and social media for the Themed Entertainment Association (TEA). In 2013, she was honored with the TEA Service Award. She was development director of IMERSA, and co-chair of the 2014 IMERSA Summit. She was publicist for the Large Format Cinema Association in the 1990s, now part of the Giant Screen Cinema Association (GSCA) and has also contributed to the publications of PLASA, IAAPA and the International Planetarium Society. Already making her mark as a magazine and book editor, Judith joined World’s Fair magazine in 1987, which introduced her to the attractions industry. Launching as a freelancer in the mid 1990s she has contributed to dozens of publications and media outlets including Funworld, Lighting&Sound America, Sound & Communications, Urban Land, The Raconteur and The Planetarian. She joined InPark in 2010. Judith earned a Bachelor of Fine Arts from Pratt Institute. She has lived in New York City and the San Francisco Bay Area, and now makes her home in Saint Louis, where she is active in the local arts and theater community.
Share
Facebook
Twitter
Linkedin
Email
Print
WhatsApp
Pinterest
ReddIt
Tumblr
Previous article2011 Media Kit Now Available
Next articleNew Master Plan for NASA’s Kennedy Space Center Visitor Complex