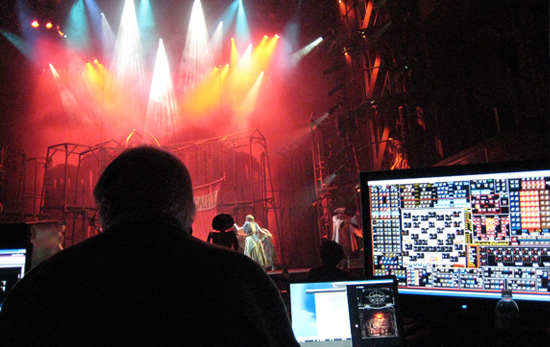 New York, NY, USA — On May 20th at 9am, PLASA Focus: Kansas City’s Professional Development Program will kick-off with a keynote presentation sponsored by Group One’s Elektralite by renowned lighting designer and founder of Theatre Projects, Richard Pilbrow entitled “Light and Theatre – Epidaurus, the National Theatre to Kansas City.” Mr. Pilbrow will take the audience around the world from the National Theatre in London, currently celebrating its 50th anniversary, to the Kauffman Center for the Performing Arts in Kansas City which opened in 2011. This talk is a personal viewpoint of life in the theatre over 50 years. It discusses the remarkable changes in stage lighting, theatre technology, and theatre architecture.

Along the way from the National Theatre with Sir Laurence Olivier to leading Theatre Projects Consultants on over 180 projects in 70 countries around the world, stage lighting and the world of theatre has seen dramatic changes. “
—Richard Pilbrow

Once again, PLASA Focus: Kansas City’s Professional Development Program is completely free to attend (space permitting) and includes an engaging and must see line-up, including, to date, in addition to Mr. Pilbrow’s Keynote sponsored by Elektralite:
-Will It Fly? By Rocky Paulson
-Real-time 3D Mapping with Aviary and Hippotizer Video Tools and Media Servers by TMB
-Layers of Light by ETC
-LED Color: The Physiological Experience by Chauvet
-RDM for the Busy Tech
-Spectacular lasers: using them effectively, safely, and legally
-IATSE – What’s it all about?
-The Never Ending Pixel Party by Daunte Kenner
-Hitting the Lighting Technology Curve Ball by Stephen Ellison

Register today to secure your spot and to receive the latest scheduling and show updates, http://plasa.me/kcreg.