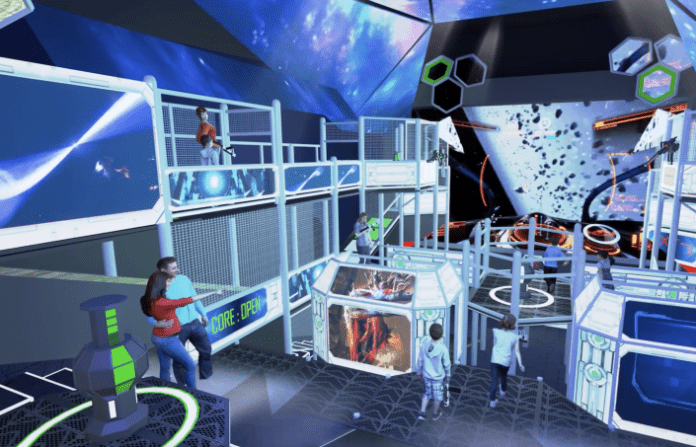 PlayPower Tech was formally introduced Thursday, Nov. 18, at the International Association of Amusement Parks and Attractions (IAAPA) Expo 2021, during a news conference in booth #3040. The event is being held at the Orange County Convention Center in Orlando, Florida.

PlayPower Tech will reinvent play through the creation of location-based attractions that blend physical worlds with Epic Games’ Unreal Engine technology. Its goal: to craft endlessly imaginative and ever-changing interactive environments that use cutting-edge interactive systems to bring people together in physical environments, including theme parks, attractions, retail sites, resorts, cinemas and museums.

“Technology drives so many creative endeavors in our society and PlayPower Tech is focused on harnessing it not merely for its own sake, nor just to passively entertain, but to create immersive environments that entertain minds and bodies,” said Ken Schober, vice president of PlayPower’s Soft Play® entertainment solutions unit. “With Denise Chapman Weston, Rick Briggs and PlayPower’s world-class designers, we have the perfect team to create a truly new category of location-based entertainment attraction that blends immersive gaming with physical spaces.”

PlayPower is a family of brands dedicated to enabling people of all ages and abilities to experience the power of play. The company creates recreational and attractions solutions using its extensive portfolio of products, from commercial playground equipment and shade and fabric structures to safety surfacing, site furnishings and floating docks. PlayPower’s Soft Play brand, already a global leader in gamified and immersive entertainment, will become even more technologically advanced through the creation of PlayPower Tech.

The new venture marks PlayPower’s first partnership with Chapman Weston and Briggs, interactive play inventors who together hold almost two hundred patents. Chapman Weston is the co-inventor of MagiQuest, one of the first technology-driven attractions, which remains successful more than 15 years after its debut. Among Briggs’s many creations is the Giant Dumping Bucket that is now omnipresent at waterparks.

“PlayPower’s new entertainment spaces will take the real-time quality of virtual production and add gaming mechanics back into the experience,” said Chapman Weston, a recipient of an Epic MegaGrant that supports her efforts to advance Unreal Engine. “Allowing for real-time rendered interaction between users and technology in a physical setting, Unreal Engine is a portal to a new world of entertainment.”

The venture’s audio and proprietary tracking solutions are highly advanced, which will allow PlayPower Tech attractions to forego the use of headsets. This will create a safer, more personalized and active parent-to-kid or friend-to-friend live cinematic gaming experience that is firmly footed in the real world.

“There is a massive conversation happening these days focused on metaworlds and metaverses, but they’re doing the same thing I rejected as a mother 20 years ago, which is placing kids in headsets and behind screens,” said Chapman Weston. “PlayPower Tech will use that same capability but bring it to real life. Instead of trying to create an all-encompassing alternative metaverse, we’ll bring the best characteristics of immersive technology out into the physical world.”

With more than 40,000 worldwide installations, Soft Play has for decades helped customers drive foot traffic and loyalty through the creation of imaginative custom play spaces. In forging a new partnership with Chapman Weston and Briggs, Soft Play and the entire PlayPower team are taking a bold step towards the future.

“We share this great common language based on immersive play, so we’ve been on parallel tracks for two decades, always looking over at each other for an opportunity to collaborate,” Briggs said of the partnership. “Soft Play is by far the most innovative creator of play structures, and we look at those systems and think about how families can play differently inside, around and through them. PlayPower Tech cannot wait to introduce our new combination of these two play styles to the world.”

To learn more about PlayPower Tech, visit Playpower.com/tech. To inquire about adding PlayPower Tech to your universe, email [email protected].

Nanolumens is Bringing it all to InfoComm 2022