What makes people care about historic houses? Some are important because of the people who lived there, such as Hyde Park. Others, likethe McLean House at Appomattox Courthouse, because of events that unfolded inside. And some structures, like Falling Water, represent magnificent architectural styles and/or innovations. Revered places like Monticello or Mount Vernon even combine some of these characteristics.

Glen Burnie, built on the ancestral home site of the Wood family that founded Winchester, Virginia, doesn’t quite exemplify any of these traits. Historical analysis revealed that, contrary to long-held legend, only a quarter of the structure remains from an 18th-century precursor. James Wood, notable as the man who founded Winchester, Virginia, never lived in the current house (his son, Robert, built parts of the extant structure in 1793 and 1794). The 1960s Colonial Revival dwelling is not especially architecturally groundbreaking.

And so, when the team of interpreters and historians working on a new master plan for the Museum of the Shenandoah Valley, built on the grounds of the house, began planning a new visitor experience to accompany a grand reopening of the house after a two-year-long rehabilitation, we asked ourselves what really stood out about this place? What continues to make Glen Burnie special?

Museum Director Dana Hand Evans, hired to spearhead a major re-imagination of the overall visitor experience across the campus, wanted something different from a traditional historic house tour. Moreover, the rehabilitation to create a sustainable house museum could not include the expensive systems needed to ensure a museum-quality environment. The most significant paintings and furnishings would now be displayed in the adjacent museum. With the “best” furnishings removed and questions looming about the house’s historic pedigree, the team again asked that touchstone interpretive question: “What will make visitors who do not have a prior connection to Glen Burnie care about this house?”

Answering that question led the museum to consider an entirely new direction for interpreting Glen Burnie. To understand the significance of the decision requires a bit of background on the history of the Museum of the Shenandoah Valley (MSV). When the last owner of Glen Burnie, Julian Wood Glass, Jr., passed away, he left his estate and significant assets to a trust charged with building a museum on the property. He also left behind a legacy as a collector of fine arts, philanthropist, and prominent member of Winchester and New York society.  Since the Michael Graves-designed museum (2005) and the Glen Burnie home and gardens opened to the public (1998), both venues have focused on this part of Glass’ life.

The fact that Julian was homosexual, and that he rebuilt Glen Burnie as a residence for himself and his lover R. Lee Taylor has, until recently, been omitted from interpretation at the site. Taylor had variously been described as a secretary, friend, and caretaker. As part of a broader master planning effort for the MSV campus, it became clear that no sensible story of Glen Burnie and its historic gardens could be told without the full context of the Glass-Taylor partnership. As scholar Josh Adair has noted:

Curators and docents alike might intimate some difference about a “bachelor” who helped collect the items in a museum [or historic house], but such references seem to be delivered as a kind of aside, the verbal equivalent of a “wink, wink, nudge, nudge” that is meant to signal either disapproval or a sophisticated acceptance sotto voce.(1)

MSV leadership agreed that the truth needed to be told to provide the most factual and comprehensive interpretation of the house. Specifically, the goal is to tell the story of how Julian and Lee used the spaces, and what they intended as they developed the home and gardens. The spotlight will move off of historic furnishings and onto the couple and their guests.

This decision required vision and courage on the part of the museum. Although some of the original trustees had passed on, many long-time supporters, including friends of the couple, continue to play an active role in the institution. How would the community as a whole react to the idea of telling the story of a gay couple inside this iconic and beloved resource? The museum set about finding out by organizing a series of public meetings and “listening sessions.”

These sessions revealed much about changing perceptions not only of homosexuality, but also, perhaps, in the way that people view issues of privacy. In sum, the community generally wanted to learn more about the people who lived in the house and how they used the rooms to entertain, socialize, and just plain live their lives. Perhaps the community’s reaction should not come as a surprise, given how rapidly acceptance of homosexuality continues to steamroll legal and social conventions. 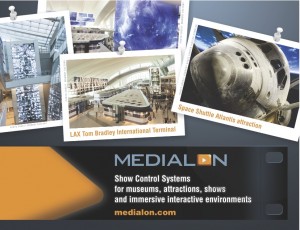 Mainstreaming of gay relationships explains one of the major social shifts that will allow historic houses and museums like Glen Burnie to depict the homosexuality of their residents, founders, and benefactors more openly. As recently as a decade ago, the vast majority of visitors to these institutions might have had difficulty looking beyond the taboo aspect of sexual contact. By removing the “exotic” or “shameful” label from same-sex relationships, we have reached a point where visitors are open to understanding the cultural attributes that shaped the collecting, entertaining, and—as at Glen Burnie—architectural decisions that reflected homosexual lives.

Adair made this point in his 2010 article, “House Museum or Walk-In Closet? The (Non)Representation of Gay Men in the House Museums They Called Home.” When interpretation moves away from the sexual aspect:

the focus can become an examination of gender atypicality in light of evidence from the owner’s life and his collection. In this way, house museums can begin to foster discussions of gender, its construction, implications, and enforcement in society, while destabilizing visitors’ preconceived notions about what it means to be male in Western societies. This shift in focus from prurient sexual details to gender roles can help museum audiences move towards more inclusive and accepting views of others.(2)

Encouraged by the community’s response, planning has continued to focus on how Julian and Lee lived in the house. Specifically, what ways did they entertain? How did members of the community relate to their sexuality? How did being gay influence the choices they made about everything from decorating to themes for parties? A current exhibition at the museum, “Moveable Feasts: Entertaining at Glen Burnie,” formally discussed the Glass-Taylor relationship, to significant acclaim.

It is no coincidence that as word of the new interpretive framework spread, new content has come to light. In part this reflects the passing of an older generation, as heirs uncover boxes of photographs and documents. But it also illuminates the changing attitudes about homosexuality across broad swath of society. Several of the late couple’s friends have given interviews discussing life in Glen Burnie from the 1960s until the 1990s. Others have shared letters and slides (among the nuggets are letters signed with the code 1-2-3, which stood for “I love you”).

Significant questions remain as to how institutions will choose to interpret the homosexuality of significant figures. It is not unfair to ask what Julian Glass and R. Lee Taylor would have thought about their private lives being on exhibit. The MSV, to its credit, has chosen to let the facts define the story. The story, in turn, will reshape the interpretation of the house. With the focus off of the furnishings and now squarely on how people used the house, there will be more opportunities for interpretive connections, and visitors are going to care. • • • 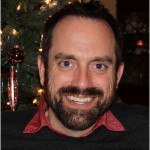 Michael Lesperance is a principal of the interpretive planning and design firm The Design Minds, Inc., located in Fairfax, Virginia. He also teaches museum studies at Georgetown University and is a member of the steering committee of the American Alliance of Museum’s LGBTQ Alliance.

1 – Joshua G. Adair, “House Museums or Walk-In Closets? The (Non)representation of Gay Men in the Museums they Called Home” in Levin, 274.