Reorganization Results in Management Changes at Six Flags and SeaWorld 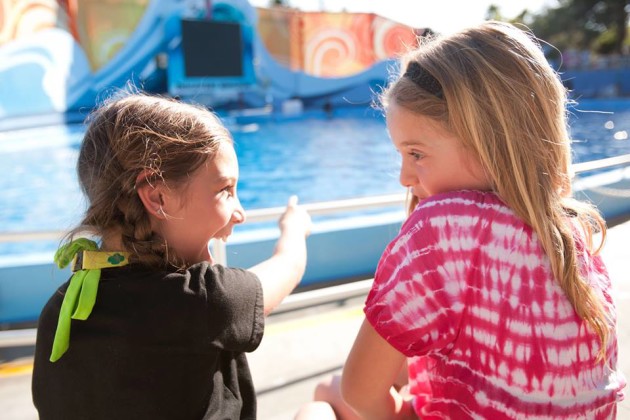 [Htab]
[tab title=”Six Flags”]Grand Prairie, TX, USA — Six Flags Entertainment Corporation has announced that its board of directors has split executive leadership roles at the company by naming Jim Reid-Anderson the company’s executive chairman and promoting John Duffey to president and CEO, both effective February 19, 2016. Mr. Duffey has also been appointed a director of the company.

“The company has strong momentum and tremendous growth opportunities over the next decade, and I am proud to have helped our team deliver record guest satisfaction, industry-leading innovation, all-time high employee satisfaction, and our sixth consecutive year of record financial performance,” said Jim Reid-Anderson. “Strategically and operationally, we are firing on all cylinders and I am extremely excited to mentor the company’s next-generation of leaders. John Duffey has been instrumental in our past success and is a proven leader within the company, and this is an excellent time to transition responsibilities and develop others on our management team as we continue building the Six Flags brand globally.”

“I am honored and excited to become the CEO of Six Flags and work side-by-side with the best team in the industry,” said John Duffey. “We are extremely well-positioned for long term growth and shareholder value creation.”

The company also announced that Marshall Barber has been promoted to chief financial officer. Mr. Barber has built a successful career at Six Flags over the last 20 years, serving most recently as the company’s vice president financial planning & analysis. He is extremely experienced, having previously held both corporate level and park-based roles with increasing levels of responsibility.

In addition, the company announced its senior vice president of in-park services, John Bement, has retired from Six Flags following 48 years of dedicated service. Mr. Bement has been honored by Mr. Reid-Anderson for his incredible work, and received the company’s prestigious Angus Wynne Lifetime Achievement Award, which has only been awarded to a handful of people who have devoted their lives to enhancing both Six Flags and the theme park industry.

Dr. Christopher (Chris) Dold, Vice President of Veterinary Services, has been promoted to Chief Zoological Officer. He succeeds Brad Andrews, who will continue to serve the company as Zoological Director Emeritus, helping to drive the company’s conservation efforts, support new product development, and assist during the transition. These changes are effective April 1.

“These leaders bring to their new roles an extraordinary depth of knowledge and talent and the right expertise to deliver on our strategic priorities,” said Joel Manby, President and Chief Executive Officer of SeaWorld Entertainment, Inc. “John is a strong and experienced operator who has proven his leadership, both at Busch Gardens Williamsburg and amidst a challenging operating environment at our California location.”

As Chief Parks Operations Officer, Reilly will have operational oversight over all of the company’s theme parks. Reilly has led SeaWorld San Diego’s park operations since 2010 and has held a variety of leadership positions at other company parks and the corporate office.

“Chris is a highly respected veterinarian and scientist under whose leadership our animal care programs and contributions to conservation have helped further advance the care for animals in zoological settings and in the wild. I am confident that both John and Chris can drive forward our strategic priorities,” Manby added.

“We are grateful to both Dan and Brad for their passionate leadership, business acumen, industry expertise and incredible years of service – nearly a century of experience combined – to our company. We wish Dan nothing but the best in his retirement and are pleased to have Brad continue with us as Director Emeritus,” Manby said.

The company is considering both internal and external candidates for the vacancies created by the promotions described above.

The company also announced the formation of its Resort Development Group and the appointment of Steve Iandolo to the position of Vice President of Resort Development, effective February 1. Iandolo is responsible for leading the resort construction and development effort that was introduced in November as part of the company’s plan for organic and strategic growth. Iandolo has nearly 30 years of successful experience in design and construction in the hospitality industry. While with Universal Studios Parks and Resorts, he was creative director for the development of Orlando’sRoyal Pacific Resort, Hard Rock Hotel and Portofino Bay Hotel. Iandolo joined the company in February from Herschend Family Entertainment where he was Vice President, Hospitality Development.[/tab]
[/Htab]

Joe Kleimanhttp://wwww.themedreality.com
Raised in San Diego on theme parks, zoos, and IMAX films, InPark's Senior Correspondent Joe Kleiman would expand his childhood loves into two decades as a projectionist and theater director within the giant screen industry. In addition to his work in commercial and museum operations, Joe has volunteered his time to animal husbandry at leading facilities in California and Texas and has played a leading management role for a number of performing arts companies. Joe previously served as News Editor and has remained a contributing author to InPark Magazine since 2011. HIs writing has also appeared in Sound & Communications, LF Examiner, Jim Hill Media, The Planetarian, Behind the Thrills, and MiceChat His blog, ThemedReality.com takes an unconventional look at the attractions industry. Follow on twitter @ThemesRenewed Joe lives in Sacramento, California with his wife, dog, and a ghost.
Share
Facebook
Twitter
Linkedin
Email
Print
WhatsApp
Pinterest
ReddIt
Tumblr
Previous articleNational Blues Museum to Open in St Louis Following Gala Concert on April 1
Next articleRegistration Now Open for IPS 2016 in Warsaw