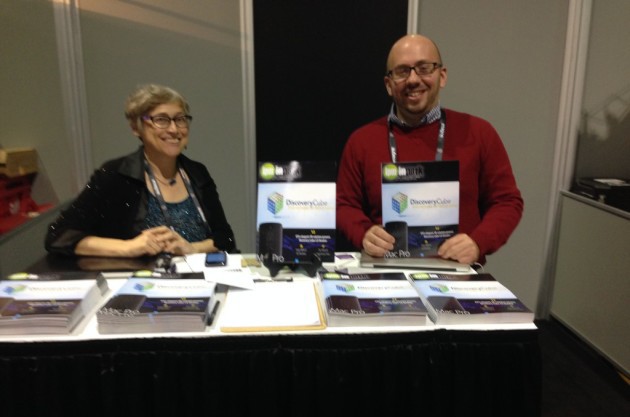 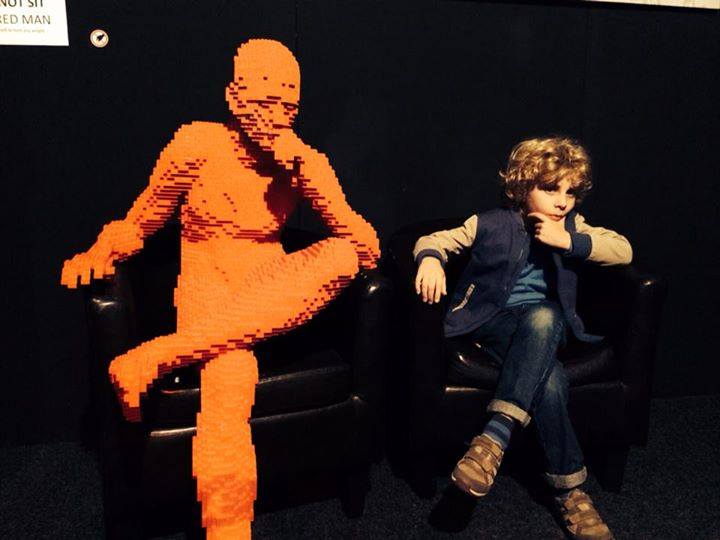 Art of the Brick, a LEGO-themed traveling exhibition has welcomed some 150,000 visits in eight weeks at the Franklin Institute in Philadelphia, according to Lan Vekhac of Running Subway, which created the exhibit. In a twist on traditional museum business models, Running Subway focuses exclusively on traveling exhibits. The company operates Discovery Times Square, a space devoted to traveling exhibits in New York City. 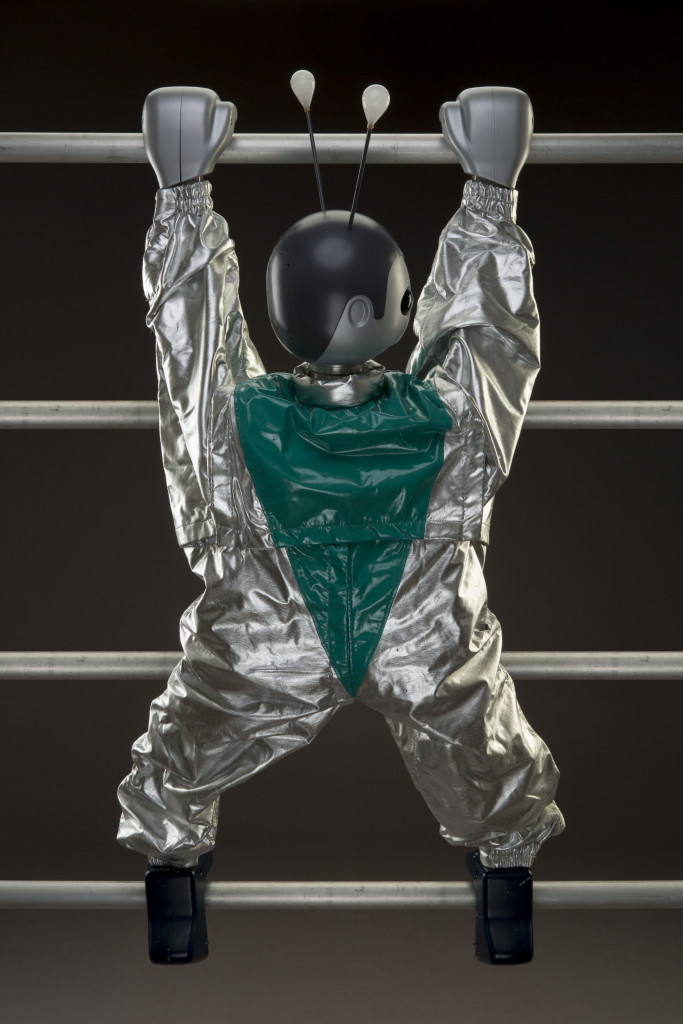 “I love traveling exhibits,” says John Beckman of MSI Chicago, who noted that now MSI’s largest gallery space houses the permanent exhibit “Science Storms,” the facility has been putting energy into designing smaller-scale exhibits that will launch at MSI and then hit the road to other museums – such as “Robot Revolution” opening May 21 and booked for eight venues subsequently, and “Numbers in Nature,” which will debut in late 2016. 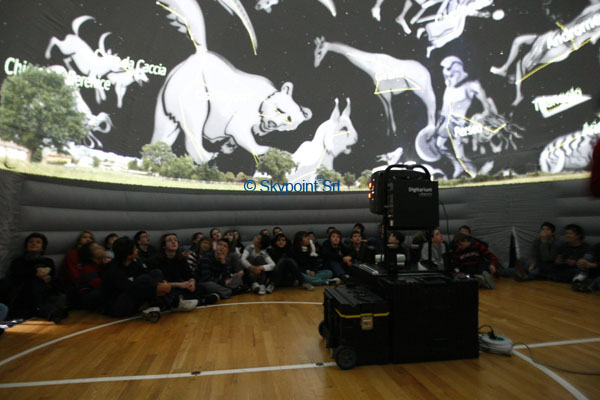 Digitalis, a fulldome (digital dome projection) system provider serving planetariums and the astronomy education market, unzipped the side opening of their inflatable, portable dome. Inside, we reclined for an enjoyable sojourn among the stars and all 13 signs of the zodiac (via their open-source software, Nightshade, which supports real-time virtual navigation on the dome) and a Mirage3D animated short about space travel and astronauts (via digital video playback). 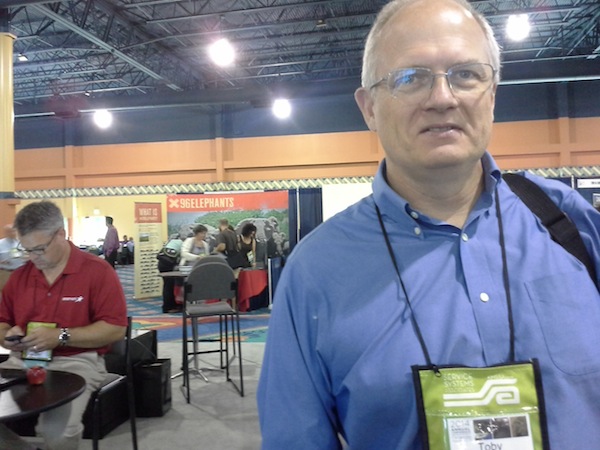 At AAM on behalf of Event Network, consultant Toby Mensforth was on an information-gathering visit to help determine ways museums and art galleries can add value for visitors in their retail offerings. Event Network’s clients include the Smithsonian National Museum of American Art, the Georgia Aquarium and the College Football Hall of Fame. According to Mensforth, retail – which can include the gift shop, the restaurant as well as an upsell offering such as a theater – can and should be integrated as a cohesive part of the guest experience.

Entertainment and education on land and sea 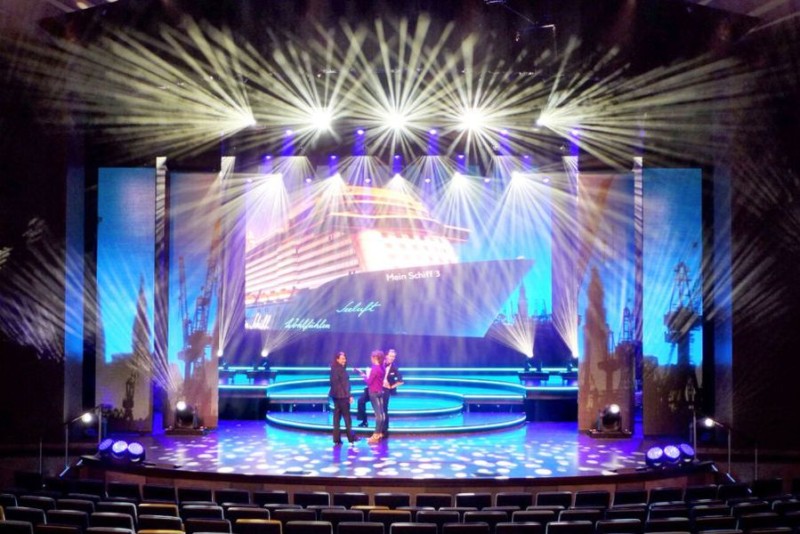 FUNA International was exhibiting for the first time at AAM in a sign of being ready to enter the field and compete as an AV integration and engineering company serving clients on land and sea. The company is sub-contracted to work with Weber Group on an outdoor adventure center in production in the Detroit area, according to bid proposal manager Rusty Rustad. FUNA also recently completed a 300-seat production rehearsal studio for Royal Caribbean, where the cruise line will be staging and rehearsing its shows to get them ready for primetime on the seas. The space is fully equipped with all the technology that is used in the on-ship theaters, so affords tech training as well as rehearsal space. 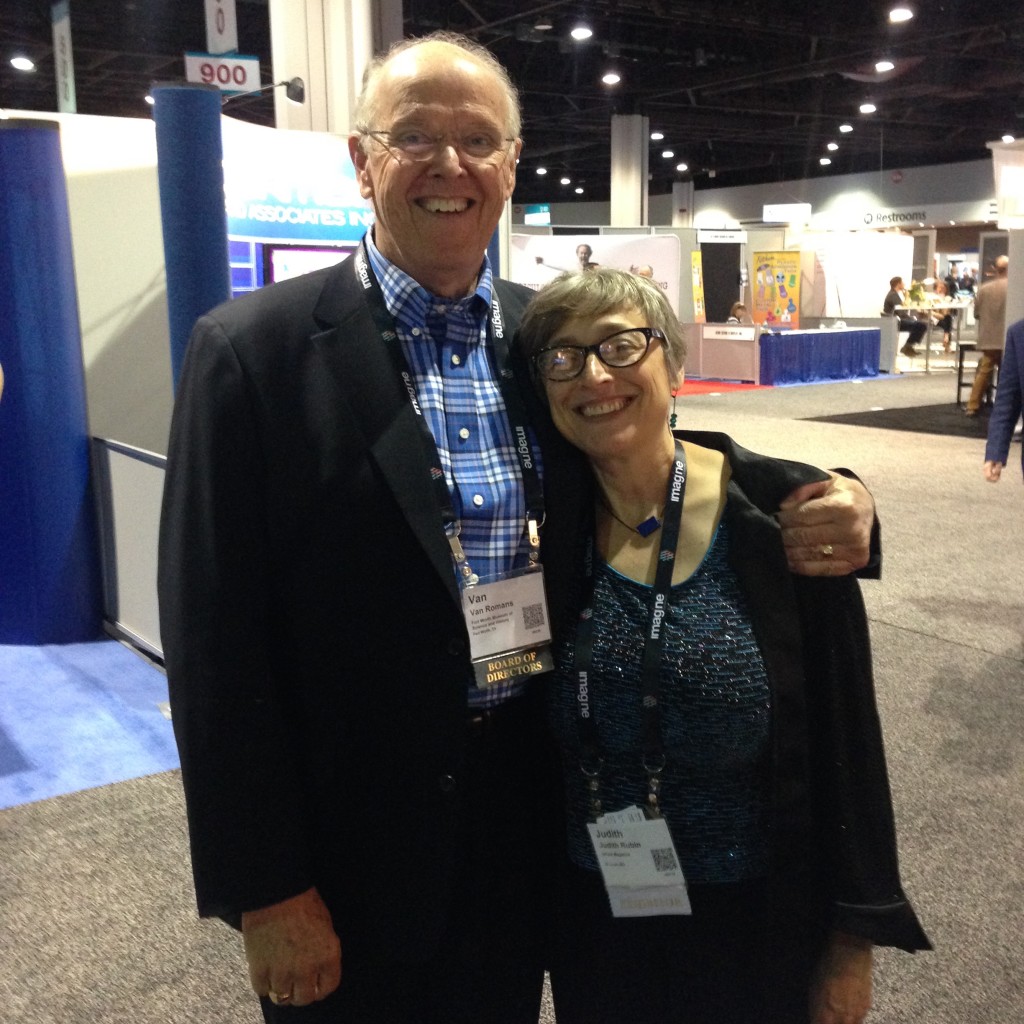 Van Romans, president of the Fort Worth Museum of Science & History, member of the AAM Board and former Disney Imagineer, stopped by the InPark booth to talk about the knowledge exchange that has taken place for decades between the theme park and museum sectors. While still an Imagineer Romans often played a role helping bridge the two industries in dialog with the likes of Dr Herman Viola of the Smithsonian National Museum of Natural History and Dr Dwayne King of the Institute of American Indian Art. Theme park creatives have the storytelling acumen; museums have the authentic material. People on both sides have long recognized this and sought one another out – albeit sometimes under the radar – and the interchange continues to enrich them.

Joe Kleimanhttp://wwww.themedreality.com
Raised in San Diego on theme parks, zoos, and IMAX films, Joe Kleiman would expand his childhood loves into two decades as a projectionist and theater director within the giant screen industry. In addition to his work in commercial and museum operations, Joe has volunteered his time to animal husbandry at leading facilities in California and Texas and has played a leading management role for a number of performing arts companies. Joe has been News Editor and contributing author to InPark Magazine since 2011. HIs writing has also appeared in Sound & Communications, LF Examiner, Jim Hill Media, and MiceChat. His blog, ThemedReality.com takes an unconventional look at the attractions industry. Follow on twitter @ThemesRenewed Joe lives in Sacramento, California with his fiancé, two dogs, and a ghost.
Share
Facebook
Twitter
Linkedin
Email
Print
WhatsApp
Pinterest
ReddIt
Tumblr
Previous articleWho are the people in your MuseumExpo neighborhood?
Next articleWhiteWater Opens World’s First Kid’s AquaSphere and Kid’s Boomerango in Indonesia