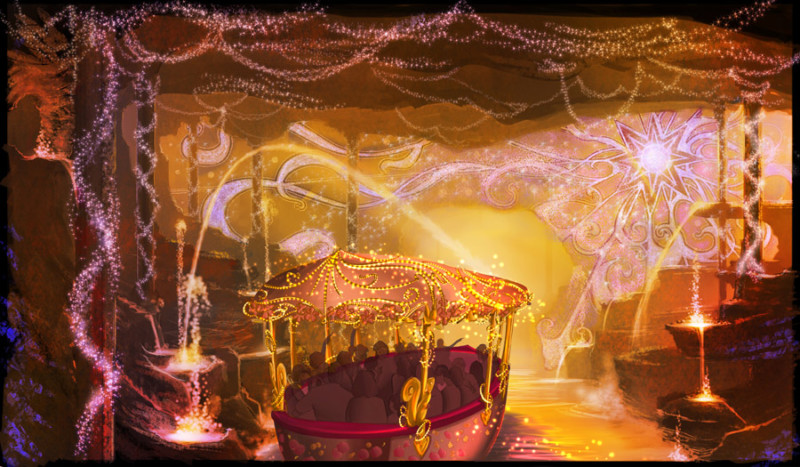 [quote]The expansion underscores the tremendous opportunity we see in Shanghai and demonstrates our long-term commitment to and confidence in China.” — Thomas Staggs, chairman of Walt Disney Parks and Resorts[/quote]

Burbank, CA, USA — The Walt Disney Company announced that it has reached an agreement with Shanghai Shendi Group,  its joint venture partner in China, to accelerate the expansion of Shanghai Disney Resort.  The increased investment of approximately 5 billion yuan (US$0.8 billion) will be used primarily for additional attractions, entertainment and other offerings to increase capacity at the theme park, with the majority targeted to be completed for opening day.

“Since we first broke ground in Shanghai we’ve been very impressed with the growth of China’s economy, especially the rapid expansion of the middle class and the significant increase in travel and tourism,” said Robert A. Iger, chairman and chief executive officer of The Walt Disney Company.  “Our accelerated expansion, including additional attractions and entertainment, will allow us to welcome more guests for a spectacular Disney experience on opening day.”

“Like all of our parks, Shanghai Disney Resort was designed to expand over time, and this investment allows us to bring some of those additions online earlier,” said Thomas O. Staggs, chairman of Walt Disney Parks and Resorts.

The announcement of this accelerated expansion comes during a boom in China’s travel and tourism market, which is expected to continue its rapid growth.  An income qualified population of 330 million people are within a three-hour travel radius of Shanghai Disney Resort.  From 2012 to 2015, the Chinese travel market is projected to grow 34 percent, according to PhoCusWright.  The number of upper-middle class and affluent households in China is expected to grow 18 percent annually between 2012 and 2022, according to McKinsey.

Shanghai  Shendi Group will continue to hold 57 percent of the shares of the owner companies while Disney will hold the remaining 43 percent. Financing of the additional investment will be proportionate to ownership and, as with the original shareholder investment, it is not anticipated that third-party debt will be incurred to finance the expansion.  In addition, Disney is the majority shareholder in the management company responsible for creating, developing and operating the Resort.

Joe Kleimanhttp://wwww.themedreality.com
Raised in San Diego on theme parks, zoos, and IMAX films, InPark's Senior Correspondent Joe Kleiman would expand his childhood loves into two decades as a projectionist and theater director within the giant screen industry. In addition to his work in commercial and museum operations, Joe has volunteered his time to animal husbandry at leading facilities in California and Texas and has played a leading management role for a number of performing arts companies. Joe previously served as News Editor and has remained a contributing author to InPark Magazine since 2011. HIs writing has also appeared in Sound & Communications, LF Examiner, Jim Hill Media, The Planetarian, Behind the Thrills, and MiceChat His blog, ThemedReality.com takes an unconventional look at the attractions industry. Follow on twitter @ThemesRenewed Joe lives in Sacramento, California with his wife, dog, and a ghost.
Share
Facebook
Twitter
Linkedin
Email
Print
WhatsApp
Pinterest
ReddIt
Tumblr
Previous article
Shetland Ponies Now Offered with Ranch House Rentals at Slagharen Resort
Next article
Liseberg’s Multi-Inversion Multi-Launch Helix Coaster Opens