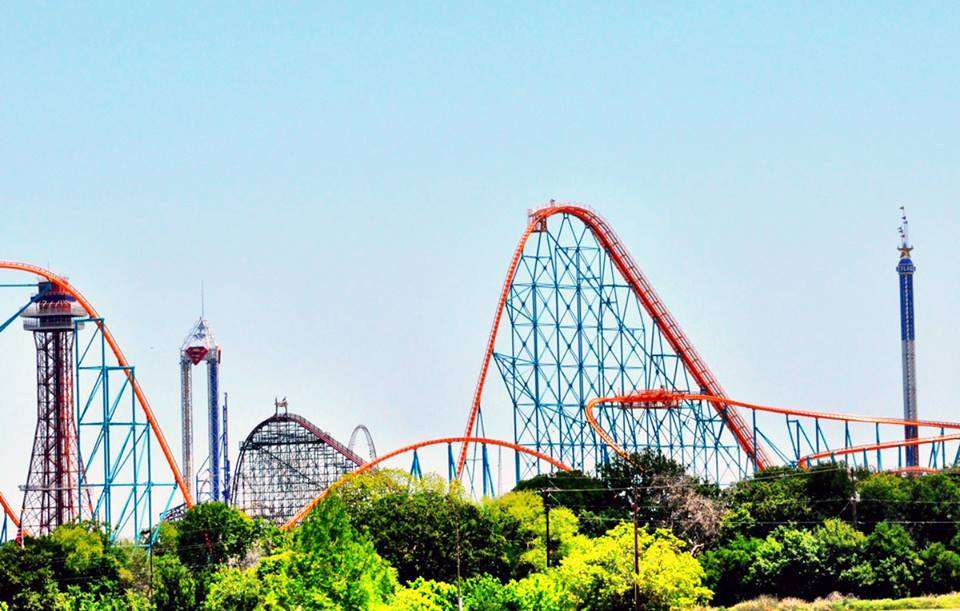 Six Flags Entertainment Corporation has announced revenue for the quarter ended September 30, 2017 was $580 million, an increase of $23 million or 4 percent compared to the same period in 2016. The increase was primarily driven by a 3 percent growth in attendance to 12.9 million guests, a 2 percent increase in guest spending per capita and a 23 percent increase in international licensing revenue, partially offset by decreases in sponsorship and accommodations revenue.

Net income increased $79 million or 77 percent and diluted earnings per share increased 94 percent to $2.11 for the quarter, primarily due to a reduction in stock-based compensation expense. Adjusted EBITDA in the third quarter increased $2 million or 1 percent to $301 million compared to the prior-year period.

The financial performance of the company was negatively impacted by several major natural events during the quarter. Hurricane Harvey negatively impacted attendance at three of the company’s parks during the last weekend of August and the week prior to Labor Day weekend, and subsequent gas shortages across Texas continued to affect attendance for several weeks. Remnants of the storm negatively affected attendance at several more parks over the holiday weekend as the storm moved northeast. Subsequently, Hurricane Irma impacted the company’s Atlanta and East Coast parks. Finally, the earthquakes around Mexico City severely disrupted the region and caused damage to the company’s new water park, which was closed due to damage and likely will not reopen until near the end of 2017.

“I am very proud of our team for this quarter’s performance given the unprecedented natural events affecting park attendance, especially following the adverse weather conditions we experienced in the second quarter,” said Jim Reid-Anderson, Chairman, President and CEO. “We are nicely positioned to deliver another record year for our shareholders in 2017, and our industry-leading team is laser-focused on executing our strategy of higher ticket yields, improved in-park revenue, attractive international licensing deals, new waterparks, and strong execution to achieve our aspirational goal of $750 million of Modified EBITDA by 2020.”

For the first nine months of 2017, revenue was $1.10 billion, a 2 percent increase versus the same prior-year period, driven primarily by a 2 percent increase in attendance and a 31 percent increase in international licensing revenue, offset by decreases in sponsorship and accommodations revenue. Net income increased $59 million or 51 percent driven by a reduction in stock-based compensation expense. Adjusted EBITDA increased $1 million to $432 million. Foreign currency translation had minimal impact on year-to-date results.

The softer than anticipated financial performance through the first nine months of the year makes partial achievement of Project 600 in 2017 more challenging and, in accordance with accounting standards, is no longer deemed probable. Therefore, in the third quarter the company reversed $45 million of stock-based compensation expense to reflect an expected late achievement of the Project 600 Performance Award in 2018.

Attendance at the company’s parks for the first nine months of 2017 grew 2 percent to 24.3 million guests, while guest spending per capita was essentially flat at $42.55 compared to the prior-year period.

The Active Pass Base, which represents the total number of guests who have a season pass or who are enrolled in the company’s membership program, increased 13 percent year-over-year as a result of the company’s continued success in marketing its multi-visit passes to guests. Deferred revenue of $179 million, a record for the third quarter, increased by $31 million or 21 percent over September 30, 2016, primarily due to incremental sales of season passes, memberships and all-season dining passes.

In the first nine months of 2017, the company invested $117 million in new capital projects, paid $168 million in dividends, or $0.64 per common share per quarter, and repurchased $499 million or 8.4 million shares of its common stock. The authorized share repurchase amount available as of September 30, 2017, was $343 million.

Net Debt3 as of September 30, 2017, calculated as total reported debt of $2.02 billion less cash and cash equivalents of $83 million, was $1.94 billion, representing a net leverage ratio of 3.8 times Adjusted EBITDA.

Joe Kleimanhttp://wwww.themedreality.com
Raised in San Diego on theme parks, zoos, and IMAX films, InPark's Senior Correspondent Joe Kleiman would expand his childhood loves into two decades as a projectionist and theater director within the giant screen industry. In addition to his work in commercial and museum operations, Joe has volunteered his time to animal husbandry at leading facilities in California and Texas and has played a leading management role for a number of performing arts companies. Joe previously served as News Editor and has remained a contributing author to InPark Magazine since 2011. HIs writing has also appeared in Sound & Communications, LF Examiner, Jim Hill Media, The Planetarian, Behind the Thrills, and MiceChat His blog, ThemedReality.com takes an unconventional look at the attractions industry. Follow on twitter @ThemesRenewed Joe lives in Sacramento, California with his wife, dog, and a ghost.
Share
Facebook
Twitter
Linkedin
Email
Print
WhatsApp
Pinterest
ReddIt
Tumblr
Previous articleUniversal Theme Park Revenues Increase 7.7% In Third Quarter on Strength of IP Brands
Next articleLEGOLAND Theme Park Greenlit for New York State