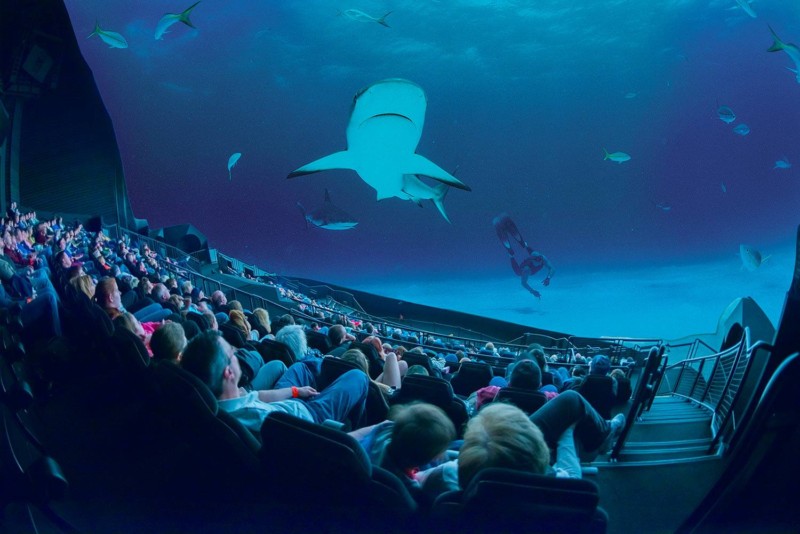 [quote]This commitment to innovation with IMAX’s laser system will provide us with more programing options in a format we believe will be the industry’s most powerful and immersive.” — Science Museum of Minnesota President Eric Jolly[/quote]

Mississauga, ON, Canada (June 24, 2014) — IMAX Corporation and the Science Museum of Minnesota today announced an agreement to install IMAX’s next-generation digital laser projection system at the Museum’s IMAX dome theatre, marking the first laser agreement for an IMAX dome theatre worldwide. The new technology will enable the Museum to deliver a wider array of digital content and further enhance The IMAX Experience for its visitors.

“Today’s agreement marks the entry of our laser technology to the unique dome market, and we are pleased that one of the most widely acknowledged leaders in the giant screen dome world is the first to commit to our new offering,” said IMAX CEO Richard L. Gelfond. “We continue to redefine the landscape of projection technology with our next-generation laser system, which we believe will deliver the most immersive, differentiated cinema experience available.”

“We are constantly exploring and implementing new technologies to educate our audiences about science,” said Science Museum of Minnesota President, Dr. Eric Jolly. “Since we opened our new museum facility in 1999 on the Mississippi riverfront in downtown Saint Paul, a cornerstone of fulfilling our mission has been our IMAX dome theater, the William L. McKnight-3M Omnitheater. We are also looking into new types of science-related content and visualization that we can bring to life through the laser offering in a way that’s never been possible.”

Under the terms of the agreement the Science Museum of Minnesota will install IMAX’s next-generation laser projection system, which is expected to set a new benchmark as the industry’s premium entertainment experience. The system, which represents the culmination of the largest R&D initiative in IMAX’s history, incorporates the laser digital intellectual property IMAX exclusively licensed from Eastman Kodak and Barco’s unique laser innovations. It will enable IMAX’s largest screens to deliver the highest-quality digital content available with greater brightness and clarity, a wider color gamut and deeper blacks. IMAX’s next-generation laser projection system will also be custom-designed for dome theater environments.

Joe Kleimanhttp://wwww.themedreality.com
Raised in San Diego on theme parks, zoos, and IMAX films, InPark's Senior Correspondent Joe Kleiman would expand his childhood loves into two decades as a projectionist and theater director within the giant screen industry. In addition to his work in commercial and museum operations, Joe has volunteered his time to animal husbandry at leading facilities in California and Texas and has played a leading management role for a number of performing arts companies. Joe previously served as News Editor and has remained a contributing author to InPark Magazine since 2011. HIs writing has also appeared in Sound & Communications, LF Examiner, Jim Hill Media, The Planetarian, Behind the Thrills, and MiceChat His blog, ThemedReality.com takes an unconventional look at the attractions industry. Follow on twitter @ThemesRenewed Joe lives in Sacramento, California with his wife, dog, and a ghost.
Share
Facebook
Twitter
Linkedin
Email
Print
WhatsApp
Pinterest
ReddIt
Tumblr
Previous articleGSCA Executive Director Tammy Seldon Earns Certified Association Executive Credential
Next articleDisney Institute Announces Reimagined 2014-2015 Professional Development Courses