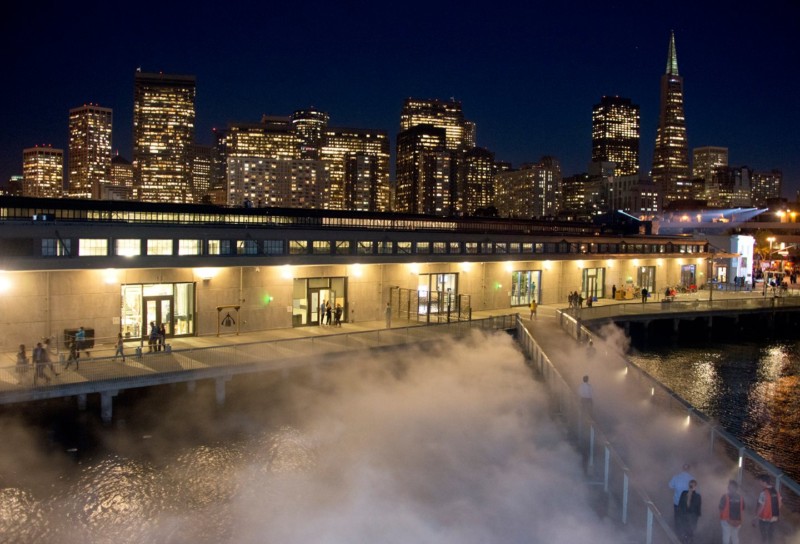 San Francisco, CA, USA (November 14, 2013) — The Exploratorium, the world-renowned museum and global leader in informal learning, today released Sound Uncovered 2.0, an update to the free iPad app first released in February 2013 to rave reviews fromNew York Times, Forbes, CNET, TechCrunch, Macworld, and The Verge. Designed to take users on an exploration of auditory illusions and acoustic phenomena, the first iteration of Sound Uncoveredfeatured twelve surprising sound experiences and was the winner of the Best of the Web and MUSE awards.

Sound Uncovered 2.0 further explores the surprising side of sound with four new interactive pages including:

Through a series of activities and interactive media clips, users directly manipulate, examine and play with sound, making the app a portable laboratory for the audiophile. With Sound Uncovered 2.0 you can hear a bedtime story told in a mausoleum, find out why subway trains sound louder at night, and discover why Siri can understand different accents (at least most of the time).

Together, Sound Uncovered and its companion Color Uncovered have been downloaded over 1.3 million times in 170 countries. Both apps are free, and are available for download from the iTunes App Store.

Sound Uncovered 2.0 was developed by the Exploratorium, an educational R&D lab dedicated to changing the way the world learns. Since the institution’s founding by Manhattan Project physicist and educator Frank Oppenheimer in 1969, the Exploratorium has worked to create unique learning experiences that inspire awe and curiosity about our everyday world. The Exploratorium’s impact spans the globe, reaching 180 million people annually through its original exhibits found in more than 1,000 science centers and other locations; a professional development program for teachers; digital learning tools; and the Global Studios arm.

Sound Uncovered was made possible through the generosity of the Gordon and Betty Moore Foundation.

Joe Kleimanhttp://wwww.themedreality.com
Raised in San Diego on theme parks, zoos, and IMAX films, Joe Kleiman would expand his childhood loves into two decades as a projectionist and theater director within the giant screen industry. In addition to his work in commercial and museum operations, Joe has volunteered his time to animal husbandry at leading facilities in California and Texas and has played a leading management role for a number of performing arts companies. Joe has been News Editor and contributing author to InPark Magazine since 2011. HIs writing has also appeared in Sound & Communications, LF Examiner, Jim Hill Media, and MiceChat. His blog, ThemedReality.com takes an unconventional look at the attractions industry. Follow on twitter @ThemesRenewed Joe lives in Sacramento, California with his fiancé, two dogs, and a ghost.
Share
Facebook
Twitter
Linkedin
Email
Print
WhatsApp
Pinterest
ReddIt
Tumblr
Previous articleWhiteWater Group of Companies Showcase New Attractions at IAAPA Attractions Expo
Next articleMissouri History Museum to Mark St Louis Anniversary with “250 in 250”