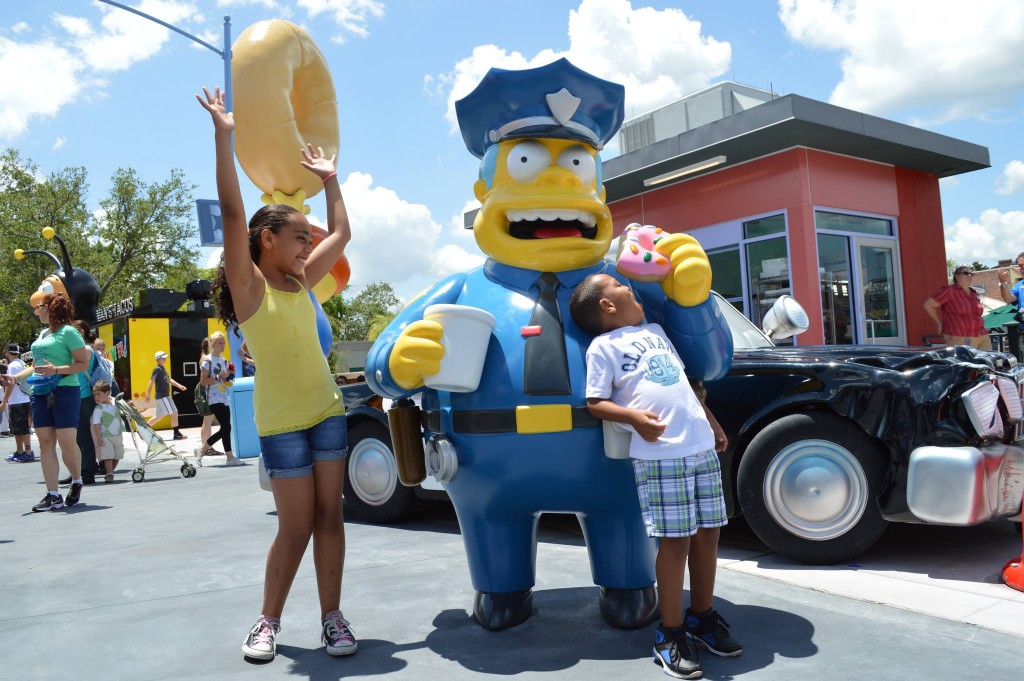 For the first time ever, guests can enter downtown Springfield and visit the places that helped the town stake its claim as “Shelbyville by the Sea.”  Anchored by the mega-attraction, The Simpsons Ride, the newly-themed area includes iconic eateries and knick-knack nooks from the hit animated series, The Simpsons, and an all-new outdoor attraction based on the show’s “evil” alien duo, Kang & Kodos.   Guests may even run into Chief Wiggum (if he doesn’t “run into them” first). 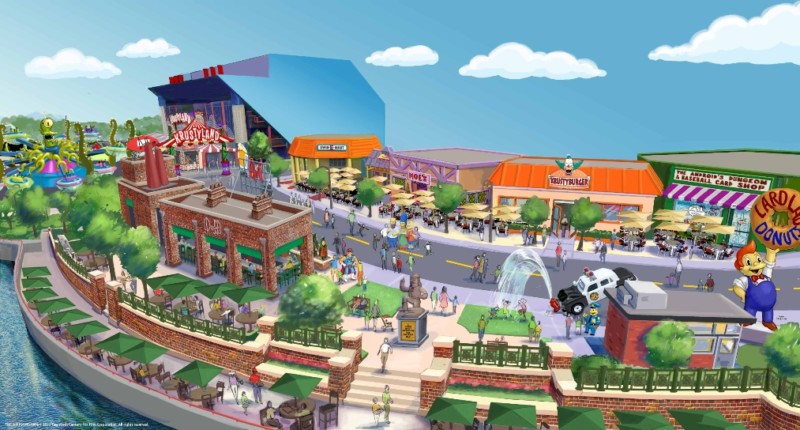 “Fans who love both The Simpsons and the ride at Universal Orlando will now be able to experience a much deeper immersion into The Simpsons world with the launch of Springfield,” said Jeffrey Godsick, President, Fox Consumer Products. 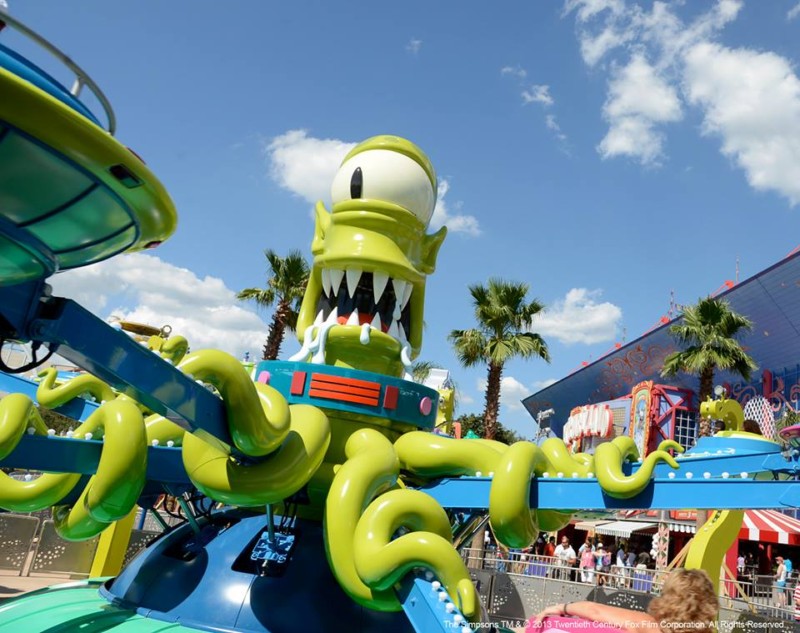 “I hope everyone has as much pure, irresponsible fun as we did writing the ride, signs and food menus. We raise our Flaming Moe’s to ye,” said James L. Brooks, Executive Producer, The Simpsons.

“When creating Springfield, we wanted to make guests truly feel like they’re part of the record-breaking animated show,” said Mark Woodbury, President, Universal Creative. “Now fans can become part of The Simpsons family and step inside the same places Homer and his family visit on a regular basis.”

Joe Kleimanhttp://wwww.themedreality.com
Raised in San Diego on theme parks, zoos, and IMAX films, InPark's Senior Correspondent Joe Kleiman would expand his childhood loves into two decades as a projectionist and theater director within the giant screen industry. In addition to his work in commercial and museum operations, Joe has volunteered his time to animal husbandry at leading facilities in California and Texas and has played a leading management role for a number of performing arts companies. Joe previously served as News Editor and has remained a contributing author to InPark Magazine since 2011. HIs writing has also appeared in Sound & Communications, LF Examiner, Jim Hill Media, The Planetarian, Behind the Thrills, and MiceChat His blog, ThemedReality.com takes an unconventional look at the attractions industry. Follow on twitter @ThemesRenewed Joe lives in Sacramento, California with his wife, dog, and a ghost.
Share
Facebook
Twitter
Linkedin
Email
Print
WhatsApp
Pinterest
ReddIt
Tumblr
Previous article
American Eagle to Fly Backwards at Six Flags Great America Starting August 31
Next article
Disneyland Resort Hosting Two-Day Technical Training Event