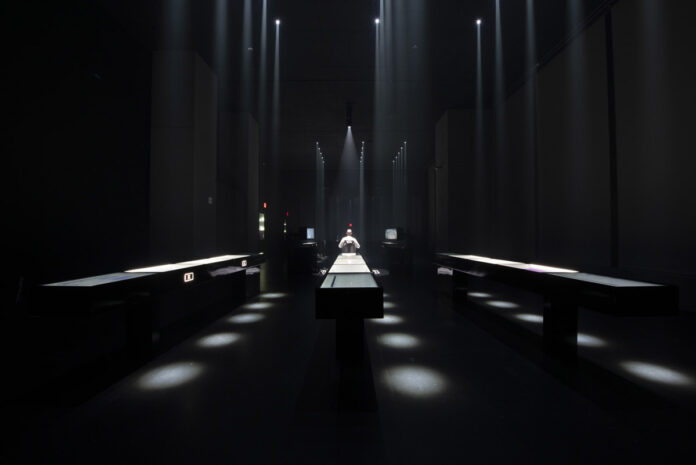 Warner Bros. Themed Entertainment on behalf of DC, and SPYSCAPE have announced the opening of BATMAN x SPYSCAPE, a brand-new interactive experience that will drop fans into the heart of a Gotham City mystery, with public previews beginning on June 8th in New York City.

Top scientists in Gotham City are missing and the world is in upheaval. The Bat-Signal is in the sky. Who will step in and help Batman solve the mystery at hand? BATMAN x SPYSCAPE will take fans on a top-secret mission to infiltrate an underworld organization, Leviathan, whose goal is to disrupt the Super Hero and Super-Villain communities.

The adventure features a seamless combination of an immersive physical experience of rich media and interactivity enhanced with a sophisticated and interactive real-time app. Guests will be asked to download the BATMAN x SPYSCAPE app from the Apple or Google app stores in advance of their visit and immediately enter the story world. The experience plays out in three acts where they will be recruited by the mysterious Oracle, an alternate identity of Barbara Gordon (Batgirl), to help solve some mysterious kidnappings, all while interacting with some of Gotham City’s most compelling characters via the app.

BATMAN x SPYSCAPE features an original narrative by critically acclaimed writer Gail Simone (who has penned both BATGIRL and WONDER WOMAN), an immersive exhibition design by the incredible Mona Kim Projects, and interactive experience design by SPYSCAPE, all to bring the world of DC’s Batman to life like never before!