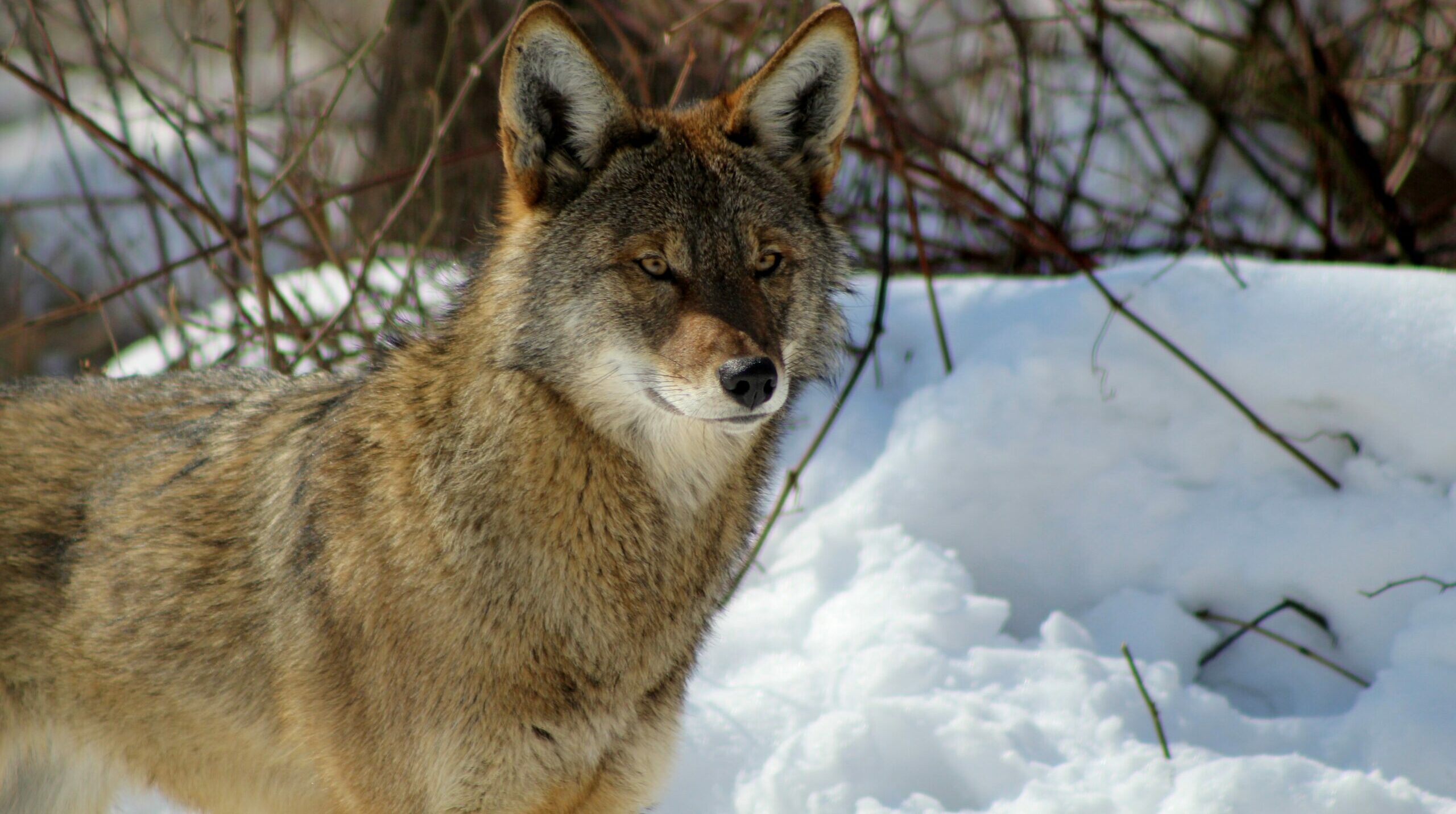 The American red wolf is staring down extinction, with only about 20 left in the wild – but the species has an important new ally in the Saint Louis Zoo.

Responding to an urgent call to keep this species from going extinct, the Zoo is transforming part of its land in Franklin County, Mo., into a conservation habitat where 24 American red wolves will live and breed in a private, protected natural setting.

The Zoo is developing approximately 20 acres of its 355-acre property in Franklin County, known as the Saint Louis Zoo Sears Lehmann, Jr. Wildlife Reserve, with separately secured habitats for 12 mating pairs of wolves in 2021. The wolves will come from other conservation organizations in 2022. The campus will not be open to visitors, as the Zoo wants the wolves to learn natural survival skills without much human interaction in the secured facility.

The few remaining wild American red wolves are secretive, elusive animals active after dusk, but many cannot avoid the daytime actions of humans that are limiting their natural range. These wolves typically have one breeding pair in each close-knit pack. The wild population has been decimated, with the majority of American red wolf deaths caused by humans, including illegal hunting, vehicle strikes and habitat loss.

The Zoo is collaborating on this critical conservation project with the U.S. Fish and Wildlife Service (USFWS), which is responsible for managing the wild American red wolf population and reintroduction efforts in the eastern U.S., as well as with the Conservation Centers for Species Survival (C2S2), a science-based global initiative taking collective action to save animals from extinction.

“We are absolutely thrilled that the Saint Louis Zoo is joining the pack to save the American red wolf,” said Virginia Busch, CEO, Endangered Wolf Center. “We look forward to expanding our collaboration with the Zoo in the future.”

“The quick work of the Saint Louis Zoo to answer the call to action for this North American species is crucial for its survival,” said Angelina Casillas, Programs Coordinator, C2S2. “American red wolves are critically endangered, and this long-term commitment by the Saint Louis Zoo will be key to growing the population in zoos and restoring a sustainable, healthy population to the wild.”

“We’re incredibly thankful for the generosity of donors who support our mission to save animals from extinction,” said Dr. Bonner. “Conservation is the backbone of the Zoo, and we’re committed to innovative, collaborative projects like this one to secure the future of wildlife.”

The Zoo’s 12 habitats will provide roughly 25 percent of the spaces needed within the American Red Wolf Species Survival Plan (SSP) of the AZA to double the population in zoos to its optimal size. This SSP manages the population of American red wolves in human care and works to protect the species in the wild. In addition to the SSP program, American red wolves are one of the species in AZA’s Saving Animals From Extinction (SAFE). Through SAFE, the entire AZA-accredited zoo and aquarium community focuses its conservation science, wildlife expertise, and outreach to millions of annual visitors on saving species in the wild.

“The Saint Louis Zoo has been a leader in conservation efforts for many years and for many species,” said Chris Lasher of the North Carolina Zoo, who is the American Red Wolf SSP coordinator and SAFE program leader. “Their focus on the American red wolf will provide critical support in saving this species from extinction.”