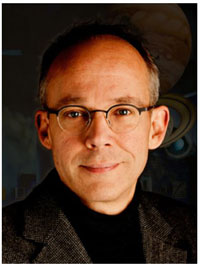 In 1997, Iversen founded Sirius 3D, whose high-tech 3D glasses made movies come to life. During this time, he led the installation of the first 3D digital dome system at the Tycho Brahe Planetarium in Copenhagen and later assisted with the installations at IMAX’s La Geode in Paris as well as the IMAX Cosmonova in Stockholm. Iversen has developed several patent-pending techniques designed to optimize the digital dome experience.

“I’m delighted to join IMAX during this very exciting time and to have the opportunity to introduce IMAX dome customers to a ground-breaking laser digital dome solution,” said Iversen. “I am also extremely impressed with the IMAX team of imaging experts and the state-of-the-art technology that is being utilized.”

Mike Lutz, Vice President of Institutional Sales and Client Services, said: “Steen is a visionary who has made a career of improving the digital dome experience. He has extensive experience operating an IMAX dome and the passion to create a system that will be the best in the world. His addition to the IMAX Digital Dome Project underscores our commitment to innovation and quality and reinforces our commitment to our IMAX dome customers.”

Since Iversen graduated as a civil engineer in 1992, he began an exploration into the world of digital dome projections and developed ways to make them better through the use of cutting-edge technology. His addition to the IMAX Digital Dome Project will ensure unsurpassed quality and ultimately the strengthening of the IMAX dome network.

About IMAX Corporation IMAX Corporation is one of the world’s leading entertainment and technology companies, specializing in the creation and delivery of premium, awe-inspiring entertainment experiences. With a growing suite of cutting-edge motion picture and sound technologies, and a globally recognized entertainment brand, IMAX is singularly situated at the convergence of the entertainment industry, innovation and the digital media world. The industry’s top filmmakers and studios are utilizing IMAX theatres to connect with audiences in extraordinary ways, and as such, the IMAX network is among the most important and successful theatrical distribution platforms for major event films around the globe. The Company’s new digital projection and sound systems – combined with a growing blockbuster film slate – are fueling the rapid expansion of the IMAX network in established markets such as North America, Western Europe, and Japan, as well as emerging markets such as China and Russia. IMAX deliver the world’s best cinematic presentations using proprietary IMAX®, IMAX 3D®, and IMAX DMR® (Digital Re-Mastering) technologies. IMAX DMR enables virtually any motion picture to be transformed into the unparalleled image and sound quality of The IMAX Experience®.

IMAX is headquartered in New York, Toronto and Los Angeles, with offices in London, Tokyo, Shanghai and Beijing.  As of March 31, 2012, there were 643 IMAX theatres (510 commercial multiplex, 20 commercial destination and 113 institutional) in 52 countries.

Joe Kleimanhttp://wwww.themedreality.com
Raised in San Diego on theme parks, zoos, and IMAX films, InPark's Senior Correspondent Joe Kleiman would expand his childhood loves into two decades as a projectionist and theater director within the giant screen industry. In addition to his work in commercial and museum operations, Joe has volunteered his time to animal husbandry at leading facilities in California and Texas and has played a leading management role for a number of performing arts companies. Joe previously served as News Editor and has remained a contributing author to InPark Magazine since 2011. HIs writing has also appeared in Sound & Communications, LF Examiner, Jim Hill Media, The Planetarian, Behind the Thrills, and MiceChat His blog, ThemedReality.com takes an unconventional look at the attractions industry. Follow on twitter @ThemesRenewed Joe lives in Sacramento, California with his wife, dog, and a ghost.
Share
Facebook
Twitter
Linkedin
Email
Print
WhatsApp
Pinterest
ReddIt
Tumblr
Previous articleDemand in Design: Darrias Baker talks to InPark about designing for theme parks in Asia
Next articleOschin Family Foundation GIves Multimillion Dollar Gift to California Science Center; New Air and Space Center and Temporary Pavilion for Shuttle Endeavor To Be Named For Samuel Oschin