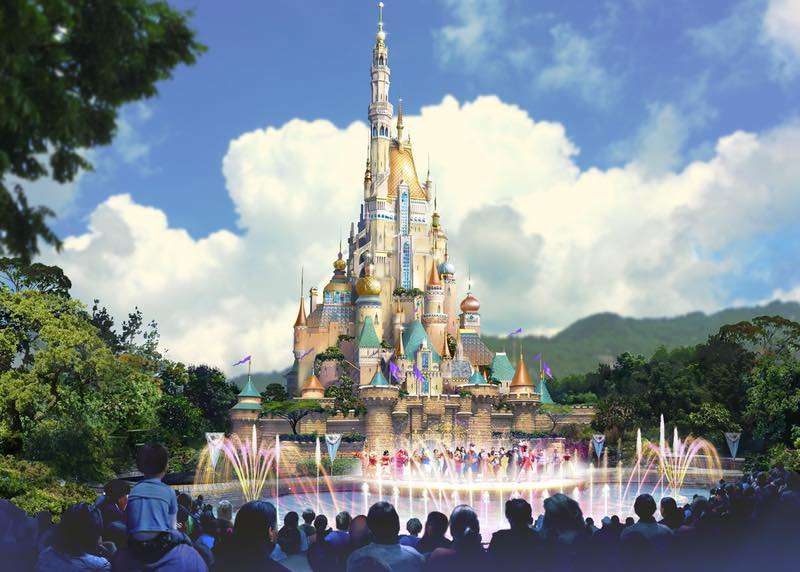 Young has a distinguished 26-year career with The Walt Disney Company.  Prior to this appointment, she held leadership positions across the areas of operations, business, finance and information technology.  Between 2006 and 2009, she was chief financial officer of HKDL, where she was responsible for finance, controllership, treasury, corporate alliances and technology. She also worked on the capital realignment plan that enabled a significant expansion of HKDL, bringing to life three new themed areas, namely, Toy Story Land, Grizzly Gulch and Mystic Manor.

Announcing the appointment, Michael Colglazier, president and managing director, Asia Pacific, Walt Disney Parks and Resorts, said: “This appointment comes at an exciting time as the resort gears up for the opening of ‘Ant Man and The Wasp: Nano Battle!’ in March 2019, followed by the addition of many more iconic attractions as part of the multi-year expansion plan.  With Stephanie’s extensive experience in commercial strategy and operations, the resort will continue to be well positioned to capture opportunities from tourism growth in Hong Kong.”

Young will replace Samuel Lau, who is returning with his family to Orlando for a role with Walt Disney World in February.

Colglazier added: “I am grateful to Sam for his valuable contributions to the resort.  Under his leadership, HKDL saw the opening of Disney Explorers Lodge, a 750-room hotel and the launch of Iron Man Experience (IMX). As the first Marvel-themed attraction at a Disney park, IMX also marked the beginning of HKDL building up a Marvel epicenter in Asia.”

Most recently, Young led the operations team of Disneyland Resort in Anaheim, California, as senior vice president, Operations where she is responsible for leadership and integration of all aspects of the guest and cast experience across the resort, including the attractions, entertainment, retail, food and beverage, lodging and resort development teams. Prior to that, she held a variety of senior executive roles, including senior vice president, Financial & Capital Planning and Revenue Management & Analytics, where she was successful in developing and leading commercial strategies that drove profitable visitation across all Parks and Resorts.

Young holds a degree in Accounting and Financial Services from Baylor University. She and her husband, Tim, have two sons, Austin and Tyler.

Joe Kleimanhttp://wwww.themedreality.com
Raised in San Diego on theme parks, zoos, and IMAX films, Joe Kleiman would expand his childhood loves into two decades as a projectionist and theater director within the giant screen industry. In addition to his work in commercial and museum operations, Joe has volunteered his time to animal husbandry at leading facilities in California and Texas and has played a leading management role for a number of performing arts companies. Joe has been News Editor and contributing author to InPark Magazine since 2011. HIs writing has also appeared in Sound & Communications, LF Examiner, Jim Hill Media, and MiceChat. His blog, ThemedReality.com takes an unconventional look at the attractions industry. Follow on twitter @ThemesRenewed Joe lives in Sacramento, California with his fiancé, two dogs, and a ghost.
Share
Facebook
Twitter
Linkedin
Email
Print
WhatsApp
Pinterest
ReddIt
Tumblr
Previous articleBig & Digital distributing “Ningaloo: Australia’s Other Great Reef,” first of eight underwater shows filmed in 4K for fulldome theaters
Next articleMohegan Gaming & Entertainment partnering with Paramount on theme park component of South Korean integrated resort