Opened in May, Typhoon Texas is one of the few privately funded waterparks to launch in the United States in the last 10 years. The 43-acre park in Katy, Texas was developed by three Texas A&M University alumni: Keith Dalton, Terry Hlavinka and Ray DeLaughter. The friends had worked together on previous projects and felt there was a need for more entertainment options in the Houston metro area. 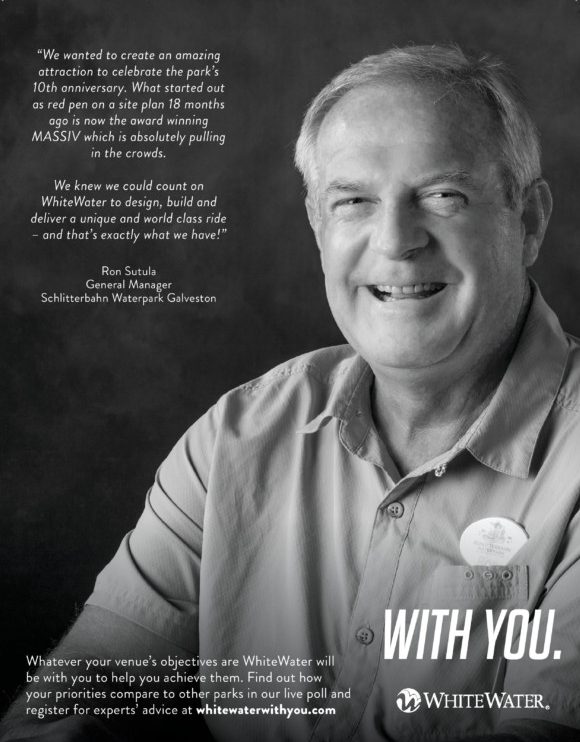 The park also offers unique experiences such as the Splash Cinema – a Thursday evening movie night within the park – and weekly summer camps that entertain kids with games, crafts and ecological experiments. Typhoon Texas also offers quality food and beverage selections such as smoked brisket, served at its Southern-inspired restaurant.
Storm shelter 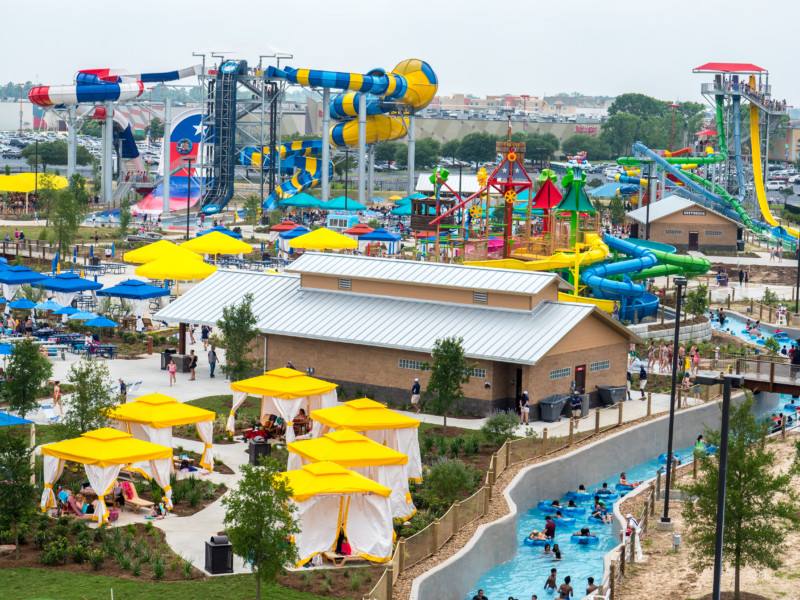 Since the 2008 recession, privately funded large waterparks have been almost exclusive to booming overseas markets such as China, Southeast Asia and the Middle East. That trend may be changing. With an improving global economy, Typhoon Texas could indicate a resurgence in the North American market, particularly from private investors. “We see funding models becoming more diverse, and Typhoon Texas is at the front end of a trend,” says WhiteWater Marketing Director Una DeBoer. 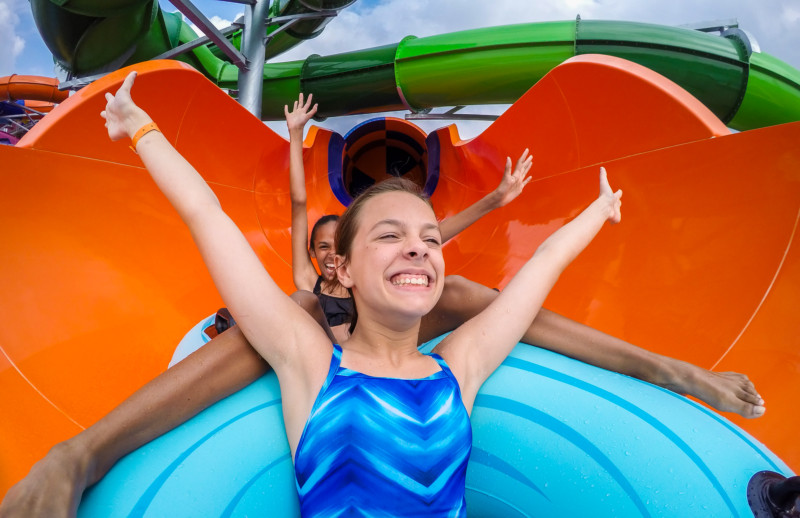 “Building a brand new waterpark from scratch was a huge undertaking. We knew if we were going to build a new waterpark in Texas it had to be big and it had to open on time. We needed a partner with the horsepower to get it done and WhiteWater was the right decision,” says Keith A. Dalton, Co-President, Typhoon Texas. 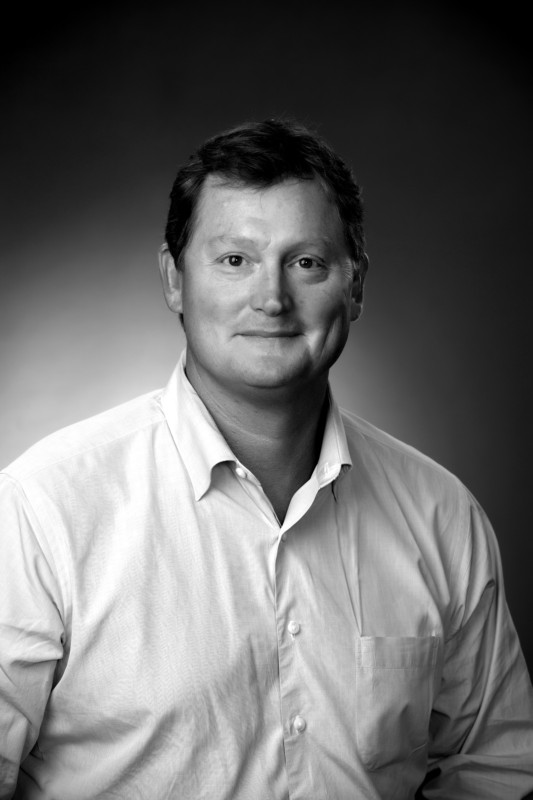 Owners Keith Dalton (pictured) and Terry Hlavinka had built a Goya Foods plant years ago and wanted to develop another joint venture, with a focus on family fun. Dalton had done construction work in Orlando for Disney and Universal years ago and saw a void in the Western Houston metro market. DeLaughter brought CFO skills to the group and provided initial business planning forecasting for the project. 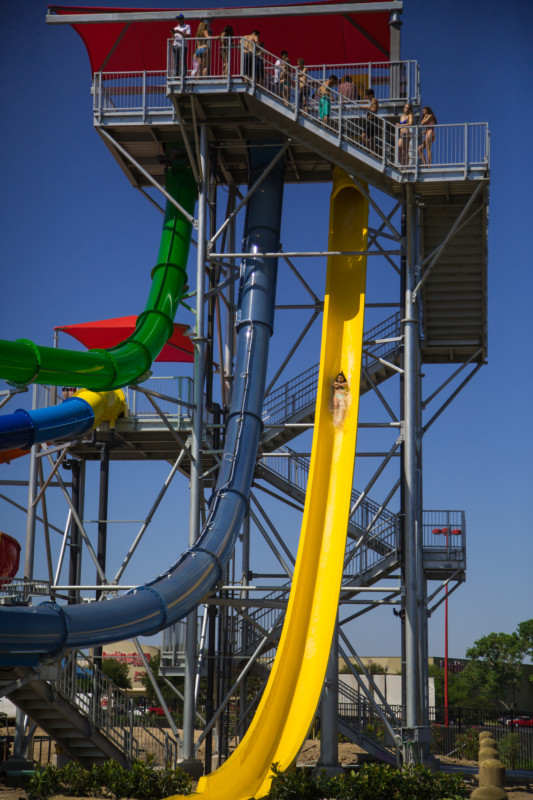 “Working with Keith, Terry and Ray has been inspiring as their dedication to the project can be seen through every step we take with them. They’re pushing the boundaries in delivering unique experiences to their guests matched by a passion to offer exceptional customer service,” says Scott Haycock, VP Business Development, WhiteWater. 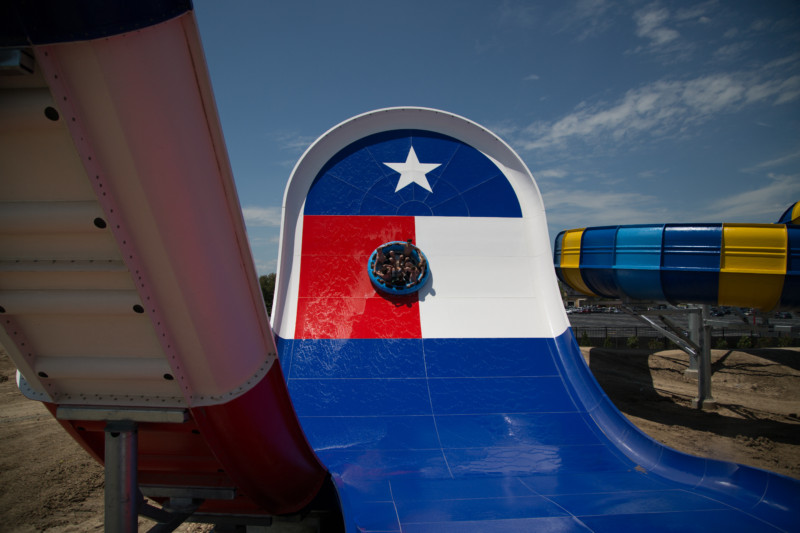 The Texan waterpark shows its patriotism with the Texas flag displayed proudly on the Boomerango wall of the Texas Twister. Also debuting at Typhoon Texas Waterpark is North America’s first Fusion AquaSphere + Constrictor waterslide (“The Typhoon”) which is equipped with six-person rafts for added capacity. “When you’re inside The Typhoon, it’s absolutely amazing and so much wilder and enormous than you expect. This monster slide is creating screams and smiles on the faces of our guests here at Typhoon Texas,” says Steve Mayer, Typhoon Texas Director of Marketing. • • •

Joe Kleimanhttp://wwww.themedreality.com
Raised in San Diego on theme parks, zoos, and IMAX films, InPark's Senior Correspondent Joe Kleiman would expand his childhood loves into two decades as a projectionist and theater director within the giant screen industry. In addition to his work in commercial and museum operations, Joe has volunteered his time to animal husbandry at leading facilities in California and Texas and has played a leading management role for a number of performing arts companies. Joe previously served as News Editor and has remained a contributing author to InPark Magazine since 2011. HIs writing has also appeared in Sound & Communications, LF Examiner, Jim Hill Media, The Planetarian, Behind the Thrills, and MiceChat His blog, ThemedReality.com takes an unconventional look at the attractions industry. Follow on twitter @ThemesRenewed Joe lives in Sacramento, California with his wife, dog, and a ghost.
Share
Facebook
Twitter
Linkedin
Email
Print
WhatsApp
Pinterest
ReddIt
Tumblr
Previous article
Turkish Splash
Next article
Connecting Projects Through Water