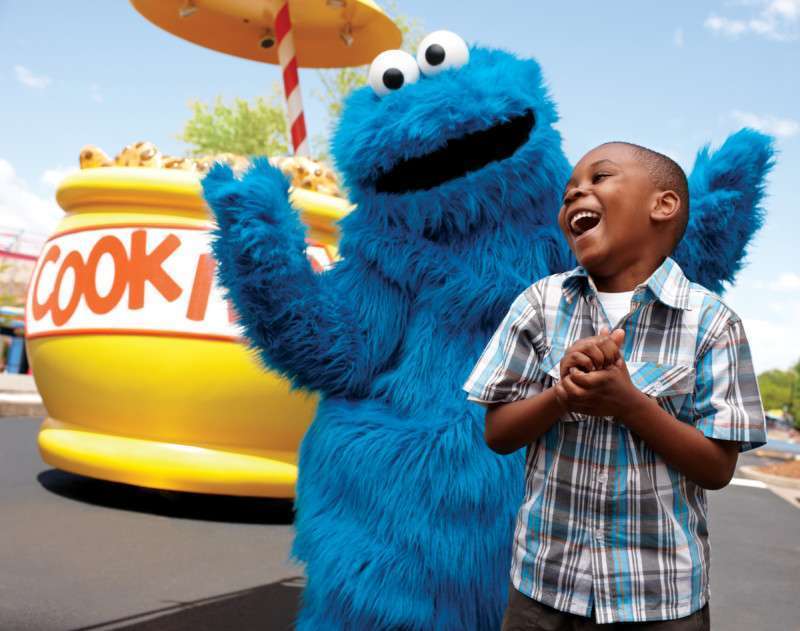 The colorful, musical, show-stopping parade, which is part of Sesame Street’s year-long 50th anniversary celebration, will feature 10 larger-than-life themed floats including the iconic Mr. Hooper’s Store and Count’s Castle.  Elmo and his friends will join more than 20 dancers, who will engage with guests during this highly-energetic, 17-minute experience. The parade will roll through SeaWorld May 18, May 25-26, June 1, June 8 and June 14 through Aug. 11 (excludes Wednesdays), and is included with park admission.

The new Sesame Street Birthday Party Parade will feature colorful birthday décor, sparkly cupcakes, and a brand-new, toe-tapping birthday song.  An interactive birthday stop will have everyone dancing and clapping along with their favorite Sesame Street friends as they are asked to “put their party hats on and blow out the candles.”

“Sesame Street has had a long and popular presence in our park,” said Roland Garcia, SeaWorld San Antonio’s Vice President of Entertainment. “We’re delighted to expand our entertainment offerings for families and kids with this brand-new, engaging and endearing parade through the park. No doubt it will offer our guests some great opportunities for phenomenal photos.”

Joe Kleimanhttp://wwww.themedreality.com
Raised in San Diego on theme parks, zoos, and IMAX films, InPark's Senior Correspondent Joe Kleiman would expand his childhood loves into two decades as a projectionist and theater director within the giant screen industry. In addition to his work in commercial and museum operations, Joe has volunteered his time to animal husbandry at leading facilities in California and Texas and has played a leading management role for a number of performing arts companies. Joe previously served as News Editor and has remained a contributing author to InPark Magazine since 2011. HIs writing has also appeared in Sound & Communications, LF Examiner, Jim Hill Media, The Planetarian, Behind the Thrills, and MiceChat His blog, ThemedReality.com takes an unconventional look at the attractions industry. Follow on twitter @ThemesRenewed Joe lives in Sacramento, California with his wife, dog, and a ghost.
Share
Facebook
Twitter
Linkedin
Email
Print
WhatsApp
Pinterest
ReddIt
Tumblr
Previous articleADG designed Kartrite Indoor Waterpark opens in New York
Next articleChristie technology returns to Digital Graffiti in Alys Beach, Florida