The Halloween experience in US theme parks: IAAPA’s list of 20 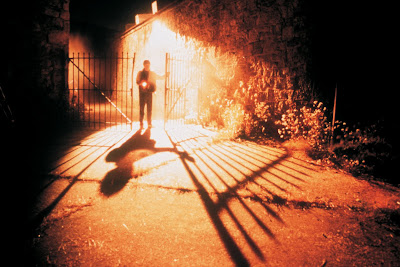 “The Halloween season goes hand-in-hand with the amusement park and attractions industry’s goal to provide thrills along with family fun,” says Charles Bray, president and CEO for the International Association of Amusement Parks and Attractions (IAAPA). “Our industry is filled with brilliant and innovative minds constantly creating new experiences more special, or more exciting, or more frightening than the last, and this season is no different.”

Most events fall into three categories: frightening haunts and terrifying experiences designed for teens, young adults, and thrill-seekers; fun-filled family events designed for children and parents to enjoy together; and fall festivals, that offer something for all ages.

* Busch Gardens Williamsburg in Williamsburg, Va., introduces three new ways to experience “Howl-O-Scream,” as “All-Access Insider,” “Eerie Insider,” and “Monster Stomp Revamped Insider” offer a behind-the-scenes look at the Halloween event. These packages include cast introductions, an opportunity to have makeup done just like the performers, front-of-the-line access to a haunted house, or reserved seating to a show. 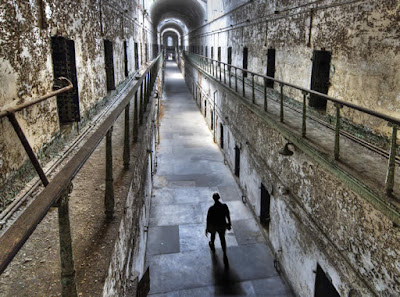 * Elitch Gardens in Denver, Colo., opens a new haunted house, “Bloodlust: The Homecoming.” Guests tour a high school’s maintenance room home to a deranged janitor who enacted revenge on the student body at the Homecoming dance.

* New to “Fright Fest” at Six Flags Discovery Kingdom in Vallejo, Calif., is the haunted maze “Slasherville.” Guests are terrorized as they make their way through dark corridors filled with ghostly residents and gruesome experiences. 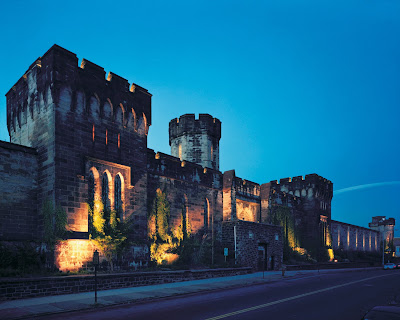 * Six Flags Magic Mountain in Los Angeles, Calif., adds a new maze, scare zone, and two shows to its annual “Fright Fest.” Guests try to avoid werewolves out for a bite as they wind through the twisting maze, “Bite II.” During “High Sierra Hypnotist” audience members are chosen to participate in the show and be put “under hypnosis.”

* The Castle Fun Center in Chester, N.Y. debuts “Pure Terror Scream Park.” Four haunted houses — “The Butcher Shop,” “The Trail of Terror,” “The House of Terror,” and “Terror in The Dark” —fill more than nine acres with chilling terror and thrills.

* There are several new experiences at Worlds of Fun in Kansas City, Mo., this fall. Guests try to avoid the evil lurking in the corn as they make their way from one end of “Corn Stalkers” to the other. “Master McCarthy’s Doll Factory” is home to a serial killer roaming the twisted halls of this abandoned toy factory. Also new this year is “Bloodshed,” “CarnEvil,” and “Asylum Island.”

* Children 12 and younger enjoy a “Hallo-WEE Party” and celebrate the fall at Adventure Landing in Jacksonville Beach, Fla., with a crafts, games, face painting, and a costume contests.

* At the Columbus Zoo and Aquarium in Powell, Ohio, guests are greeted by Batman, Robin, Joker, Wonder Woman, and the Green Lantern as they enjoy not-so-scary family events.

* “Mickey’s Trick-or-Treat Party” moves from Disney California Adventure to Disneyland in Anaheim, Calif. Kids of all ages can scare up their favorite costume and enjoy an evening of spirited attractions and treats. Guests are also invited into “Haunted Mansion Holiday,” ghoulish grounds marked by gravestones. Once inside, guests ride a Doom Buggy into the darkest corners of the mysterious house packed with 999 ghosts, ghouls, and goblins.

* “The Maze” at Paradise Park in Lee Summit, Mo., is the park’s first new outdoor attraction in six years. Guests will try not to get lost as they explore the twists and turns of the 9,500-square-foot labyrinth.

* Walt Disney World Resort’s “Mickey’s ‘Boo-to-You’ Halloween Parade” in Orlando, Fla., includes Disney characters and the stars of the “Haunted Mansion” attraction in a parade that begins with a spooky ride by the Headless Horseman.

Judith Rubin
Judith Rubin ([email protected]) is a leading journalist, publicist, strategist, blogger, content marketing specialist and connector in the international attractions industry. She excels at writing about all aspects of design and technical design, production and project management. Areas of special interest include AV integration and show control, lighting design and acoustics, specialty cinema, digital video and world’s fairs. Judith has ties to numerous industry organizations. From 2005-2020 she ran communications, publications and social media for the Themed Entertainment Association (TEA). In 2013, she was honored with the TEA Service Award. She was development director of IMERSA, and co-chair of the 2014 IMERSA Summit. She was publicist for the Large Format Cinema Association in the 1990s, now part of the Giant Screen Cinema Association (GSCA) and has also contributed to the publications of PLASA, IAAPA and the International Planetarium Society. Already making her mark as a magazine and book editor, Judith joined World’s Fair magazine in 1987, which introduced her to the attractions industry. Launching as a freelancer in the mid 1990s she has contributed to dozens of publications and media outlets including Funworld, Lighting&Sound America, Sound & Communications, Urban Land, The Raconteur and The Planetarian. She joined InPark in 2010. Judith earned a Bachelor of Fine Arts from Pratt Institute. She has lived in New York City and the San Francisco Bay Area, and now makes her home in Saint Louis, where she is active in the local arts and theater community.
Share
Facebook
Twitter
Linkedin
Email
Print
WhatsApp
Pinterest
ReddIt
Tumblr
Previous article
Pro Sound CA and L-Acoustics help King Kong roar at Universal Studios Hollywood
Next article
HOLIDAY WORLD FINISHES SEASON UP RECORD 14% WILL KOCH NAMED TO ‘WATERPARK HALL OF FAME’