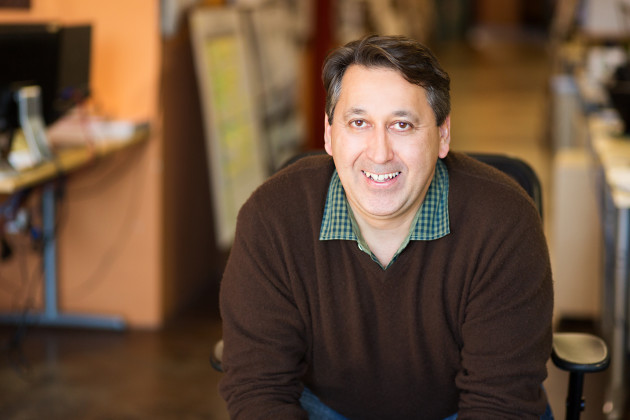 Beijing, China (April 13, 2015) — Thinkwell Group, a worldwide experience design and production agency specializing in the creation of theme parks, major attractions, events, museums, exhibits, expos, and live shows around the world, today announced the promotion of Paul Redding to the position of vice president of both Thinkwell Asia, Ltd. in Hong Kong and Sī Kè Wèi Lái (Thinkwell’s Chinese entity) in Bejing, China. Redding will be located full time in Beijing. This announcement comes six months after the promotion of Kelly Ryner to president of Thinkwell Asia and Sī Kè Wèi Lái.

In this new role, Redding’s primary focus is to develop Production management for Thinkwell’s projects in the Asia Pacific region while supporting the company’s demanding business development activities. Redding has over 25 years of experience in the Location Based Entertainment Industry; his career achievements include project management of theme park projects for Warner Bros. in Australia and Germany as well as Universal Studios in Japan prior to joining Thinkwell in 2007. Redding’s project experience has now spanned five continents and his expertise in project management encompasses live shows, events, ride systems, retail and themed environments, immersive theater experiences, and water parks.

“Building a team to provide localized support for our projects in Asia while still providing the high quality creative design services we are known for out of our Los Angeles office has been a dream of ours for years,” said Thinkwell Group’s CEO Joe Zenas “relocating Paul to our new office in Beijing ensures the collaboration between our team in China and the United States is seamless.”

Now the largest privately owned experiential design agency for location-based entertainment in the world, Thinkwell has proven its ability to expand repeatedly over the years while maintaining its personal client care and high quality services. In 2015 Thinkwell will celebrate three project openings in Asia (two in China and another in Macau). With the boom of the entertainment economy throughout Asia the demands for the agency’s design and production capabilities are at an all time high.  The relocation of senior management to China clearly demonstrates Thinkwell’s commitment to establishing a localized presence in the region as the company continues to grow worldwide.

Joe Kleimanhttp://wwww.themedreality.com
Raised in San Diego on theme parks, zoos, and IMAX films, InPark's Senior Correspondent Joe Kleiman would expand his childhood loves into two decades as a projectionist and theater director within the giant screen industry. In addition to his work in commercial and museum operations, Joe has volunteered his time to animal husbandry at leading facilities in California and Texas and has played a leading management role for a number of performing arts companies. Joe previously served as News Editor and has remained a contributing author to InPark Magazine since 2011. HIs writing has also appeared in Sound & Communications, LF Examiner, Jim Hill Media, The Planetarian, Behind the Thrills, and MiceChat His blog, ThemedReality.com takes an unconventional look at the attractions industry. Follow on twitter @ThemesRenewed Joe lives in Sacramento, California with his wife, dog, and a ghost.
Share
Facebook
Twitter
Linkedin
Email
Print
WhatsApp
Pinterest
ReddIt
Tumblr
Previous articleConvergent Design Odyssey7Q+ Capable of Record Frame Rates to 4K/UHD 60p, 2K/HD 240p
Next articlePolin Supplies Sphere and other Waterpark Elements for Crystal Aura Beach Resort in Turkey