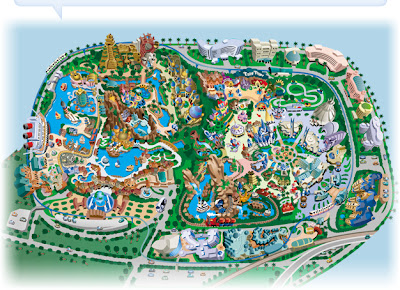 Oriental Land Co., Ltd. sends heartfelt condolences to all those affected by the disaster and prays for the earliest possible recovery of the affected areas.

Tokyo Disneyland Operating Hours (from April 23): 8:00 a.m. – 10:00 p.m. (hours may change depending on the day)
Ticket Prices: Regular prices
Note: “Tokyo Disneyland Electrical Parade Dreamlights” will resume with the start of nighttime operations at the Park. However, as was originally scheduled, the parade will be suspended from May 9 through July 7 in preparation for its upgraded version. During this period, the special parade for rainy nights titled “Nightfall Glow” will be performed every night.

Power-Saving Efforts
A number of efforts are being made to conserve electricity in the Disney Parks and the offices, such as reducing lighting, adjusting the temperatures of air conditioning units, etc. Please see the “Power-Saving Efforts at the Disney Themed Parks” http://www.olc.co.jp/wpmu/wp-content/blogs.dir/7/files/2011/04/20110419_03e.pdf for more details.