Editor’s Note: Cinesphere, in Toronto’s waterside Ontario Place park, became the world’s first permanent IMAX theater in 1971, when it took possession of the 1570 projector that had been used at Osaka, Japan’s Expo 70.  In early 2011, as part of Ontario Place’s 40th anniversary, the theater was upgraded to IMAX 3D with a new projector and a Proslide Topsy-Turvy was added to the Soak City waterpark.  In addition to Cinesphere and Soak City, Ontario Place is home to a number of other rides and attractions, all of which are included in the closure.  — JK

See commentary from Ian McLennan following the story, below. 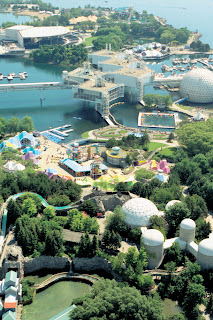 “Today, we are taking a new step forward in the revitalization of Ontario Place to make it a ‘must visit’ destination and landmark for Ontario families and tourists from around the world. I’ve asked John Tory, Chair of CivicAction, to lead a panel that will advise the government on the redevelopment of the site.

“With the revitalization moving forward, we are also making the decision not to invest additional money into Ontario Place as it exists today. The waterpark, amusement rides and the Cinesphere will be closed. This will save the government from having to invest up to $20 million annually in operating and capital funding. The Molson Amphitheatre, Atlantis, marina and parking will remain open until construction begins.

“Ontario Place will be available for use for the 2015 Pan/Parapan Am Games and the rebuilding will be completed in time to celebrate Canada’s 150th anniversary in 2017.” 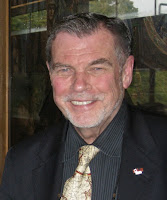 “I have mixed feelings about the Ontario Place closure. For years, I have been disappointed at the tepid level of commitment by successive governments to the routine maintenance, let alone rejuvenation possibilities associated with Ontario Place. On several occasions, I thought, “better to shut it down than let it die this slow, agonizing death.”
“Governments everywhere (except, notably, Asia) are abandoning the visionary and catalyst role of designing, building and operating educational facilities and attractions like Ontario Place – which, it is useful to be reminded, was once an extremely innovative operation. Given that reality, it probably makes sense to have the attraction privatized. Heaven knows, it is a valuable piece of property.
“I would like to think that beyond the immediate real estate value, there is sufficient community memory to foster and encourage intelligent redevelopment of and re-investment into the site – and that such development would be encouraged with several ‘strings attached.’  Not least of these would be the need for a solid commitment on the part of any private developer(s) that the original spirit of Ontario Place be respected and brought into the new century. The old Ontario Place is gone – along with the 1970s, 80s and 90s. That cannot be recreated. What can and should be created is a site that embodies the same planning ideals, principles and goals that informed the design and operation of the original Ontario Place – but in a way that resonates with today’s youth, changing society demographics and modern technology.
“I would also like to think that Canadian designers, planners and perhaps even investors should be up to this challenge, but just as it is heartwarming to see Canadian architects and producers doing wonderful things overseas, we should not be prejudiced against foreign designers or developers who might have a better idea for this splendid site. In other words, open it up to the world to compete for workable, financially competent and brilliant concepts and proposals. Nothing short of a major, well-funded international competition should be staged – to match the one-time opportunity to breathe new life into what was a grand experiment, and for a good, respectable run, a great community asset.”

Related items:
Subscribe to InPark for FREE!
Submit your news

Joe Kleimanhttp://www.themedreality.com
Raised in San Diego on theme parks, zoos, and IMAX films, Joe Kleiman would expand his childhood loves into two decades as a projectionist and theater director within the giant screen industry. In addition to his work in commercial and museum operations, Joe has volunteered his time to animal husbandry at leading facilities in California and Texas and has played a leading management role for a number of performing arts companies. Joe has been News Editor and contributing author to InPark Magazine since 2011. HIs writing has also appeared in Sound & Communications, LF Examiner, Jim Hill Media, and MiceChat. His blog, ThemedReality.com takes an unconventional look at the attractions industry. Follow on twitter @themedreality Joe lives in Sacramento, California with his fiancé, two dogs, and a ghost.
Share
Facebook
Twitter
Linkedin
Email
Print
WhatsApp
Pinterest
ReddIt
Tumblr
Previous articleTJ Christensen and Janel Pisorchik Promoted to Vice President Posts at accesso
Next articleUtopia Entertainment Brings Family Fun to New Years Eve at Great Park