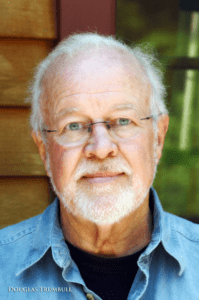 IMERSA 2018 Summit attendees will be treated to a special appearance by filmmaker and visual effects pioneer Douglas Trumbull, who will be receiving an IMERSA Lifetime Achievement award. Trumbull first came to attention in the with his work on 2001: A Space Odyssey, Close Encounters of the Third Kind, Star Trek: The Motion Picture, Blade Runner, and Brainstorm. His attraction credits include the Showscan high speed film process, Back to the Future: The Ride, Secrets of the Luxor Pyramid, and the IMAX Ridefilm motion simulator.

He continues to explore the same immersive world through Magi, his advanced capture and display system. It uses images displayed in 3D, 4K resolution at 120 frames per second. With this system, he hopes to remake the movie magic so many people experienced early in the Cinerama days, when content was projected across 100-foot curved screens.

Joe Kleimanhttp://wwww.themedreality.com
Raised in San Diego on theme parks, zoos, and IMAX films, InPark's Senior Correspondent Joe Kleiman would expand his childhood loves into two decades as a projectionist and theater director within the giant screen industry. In addition to his work in commercial and museum operations, Joe has volunteered his time to animal husbandry at leading facilities in California and Texas and has played a leading management role for a number of performing arts companies. Joe previously served as News Editor and has remained a contributing author to InPark Magazine since 2011. HIs writing has also appeared in Sound & Communications, LF Examiner, Jim Hill Media, The Planetarian, Behind the Thrills, and MiceChat His blog, ThemedReality.com takes an unconventional look at the attractions industry. Follow on twitter @ThemesRenewed Joe lives in Sacramento, California with his wife, dog, and a ghost.
Share
Facebook
Twitter
Linkedin
Email
Print
WhatsApp
Pinterest
ReddIt
Tumblr
Previous articleAnalog Way Ascender 48 Drives Comcast Experience in Philadelphia
Next articleDisney Toy Story Land to Open at Shanghai Disneyland in April