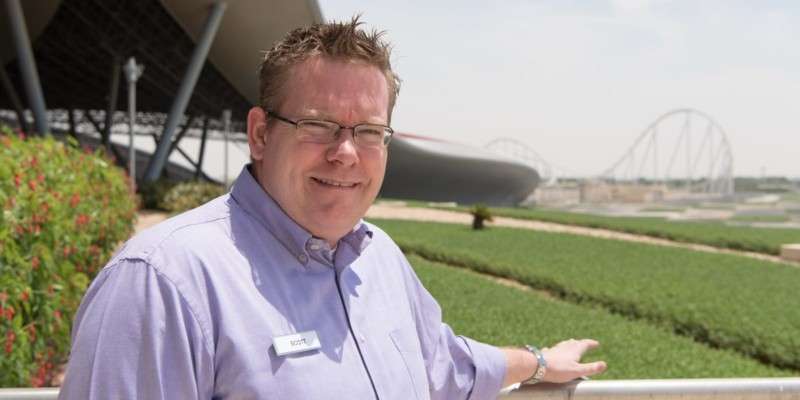 Wadi Adventure in Al Ain, Abu Dhabi, UAE, has announced that Mr. Scott Wellington was appointed as the park’s new General Manager as of March 1, 2018.

Wellington also has considerable experience in human resources, training, and development; having undertaken training roles throughout his career.

Wellington had the following to say about his new appointment: “I am delighted to have been given this opportunity to become the General Manager of this unique facility. I will be working hard to achieve even higher levels of hospitality.  Delivering to our guests, the kind of experience that only Wadi Adventure can offer while building an enduring and raving fan base for our park.”

Joe Kleimanhttp://wwww.themedreality.com
Raised in San Diego on theme parks, zoos, and IMAX films, InPark's Senior Correspondent Joe Kleiman would expand his childhood loves into two decades as a projectionist and theater director within the giant screen industry. In addition to his work in commercial and museum operations, Joe has volunteered his time to animal husbandry at leading facilities in California and Texas and has played a leading management role for a number of performing arts companies. Joe previously served as News Editor and has remained a contributing author to InPark Magazine since 2011. HIs writing has also appeared in Sound & Communications, LF Examiner, Jim Hill Media, The Planetarian, Behind the Thrills, and MiceChat His blog, ThemedReality.com takes an unconventional look at the attractions industry. Follow on twitter @ThemesRenewed Joe lives in Sacramento, California with his wife, dog, and a ghost.
Share
Facebook
Twitter
Linkedin
Email
Print
WhatsApp
Pinterest
ReddIt
Tumblr
Previous articleAV Stumpfl’s Wings IObox Brings Horror to Life at Walibi’s Asylum
Next articleSemnox Provides Full Payment Solutions for Pitamoni and LMBOL