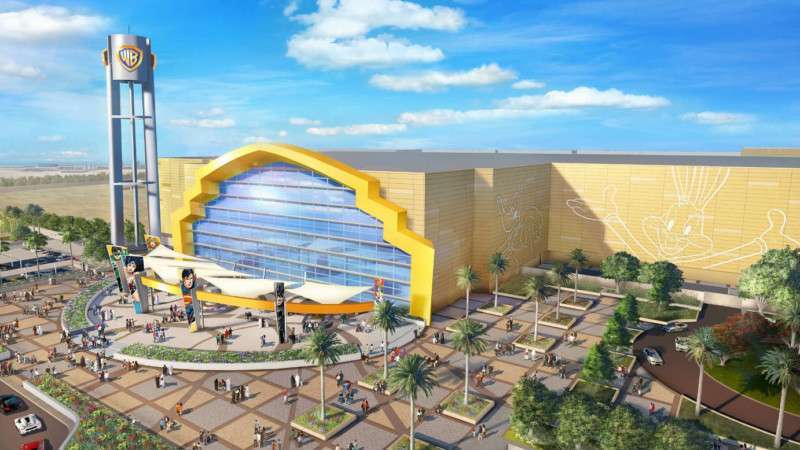 Warner Bros. World™ Abu Dhabi, openening on Yas Island this summer, has revealed details on Bedrock and Dynamite Gulch, which are inspired by animated characters from Looney Tunes and Hanna-Barbera such as Marvin The Martian, Road Runner, Wile E. Coyote, Fred Flintstone and George Jetson, among others.

Guests of all ages can discover the wacky side of Warner Bros. Animation, on the action-packed streets of Dynamite Gulch, which is adjacent to the prehistoric suburbia of Bedrock. Featuring immersive experiences and scenic backdrops, these lands are home to four rides and attractions, two themed restaurants and two memorabilia shops – all inspired by famed characters and stories straight out of cartoons like The Flintstones and The Jetsons.

Mark Gsellman, Park General Manager, stated: “We’re incredibly delighted to bring iconic animated characters to life through none other than the park’s very own Bedrock and Dynamite Gulch. The characters in these lands have fascinated fans of every age for decades, and it will be a dream come true for many of our guests to walk the streets they know and love. From Bedrock’s picturesque rocky landscape, featuring towering plants, a landmark river and a waterfall, to Dynamite Gulch’s lifelike rustic desert- this section of the park is guaranteed to be a charming, heart-warming and fun-filled retreat for the whole family.” 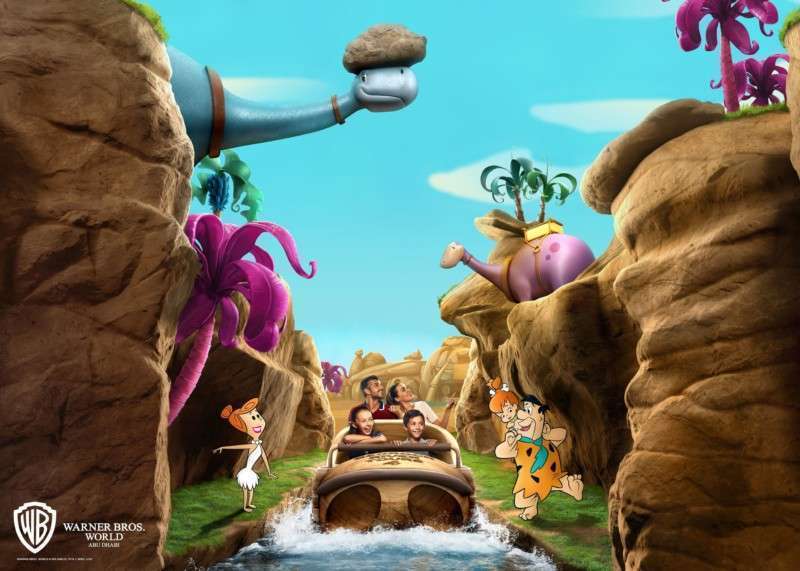 This age-old land powered by birds and dinosaurs is home to the lively Fred, Wilma and Pebbles Flintstone, as well as their next-door neighbors Barney, Betty and Bamm-Bamm Rubble. Bedrock also wouldn’t be complete without Fred and Barney’s best friend The Great Gazoo and everyone’s favorite pet dinosaur Dino.

Situated in a stone and timber boathouse, the Bedrock River Tours main offices is where stone posters featuring artfully chiseled images advertise Bedrock’s sightseeing opportunities such as The Flintstones Bedrock River Adventure. Tucked away in the natural beauty of Bedrock’s Stonetrail Park, passengers will embark on a scenic boat ride through stone-age wetlands, prehistoric neighborhoods and the city’s picturesque downtown area. While aboard the eight-passenger boat, guests will enter through boulder-strewn pathways, framed in oversized native palm trees and foliage, and pass by the occasional fountain or statue honoring one of the town’s leaders. In addition to the sights and sounds of a day in the life of The Flintstones and The Rubbles, guests will be treated to the town’s Centennial Parade and rumor has it there’s Snorkasaurus-sized trouble in store when Dino is set loose to run amuck during the big celebration.

When hunger strikes in downtown Bedrock, guests can choose from a variety of prehistoric pickings. For a quick stone-age snack, guests can grab and go at Mammoth Munchies. Alternatively, ravenous park-goers can take a bite out of Bedrock at Bronto Burgers and Ribs, where slabs of ribs and giant-sized Bronto Burgers will be served. With a row of fun and quirky cars parked outside this signature Bedrock restaurant- providing the perfect backdrop for a one-of-a-kind family photo- guests are sure to look back fondly on their unique dining experience. Guests can take home a valuable memento when they visit Bedrock Boutique where they’ll find everything the modern stone-age family could need. 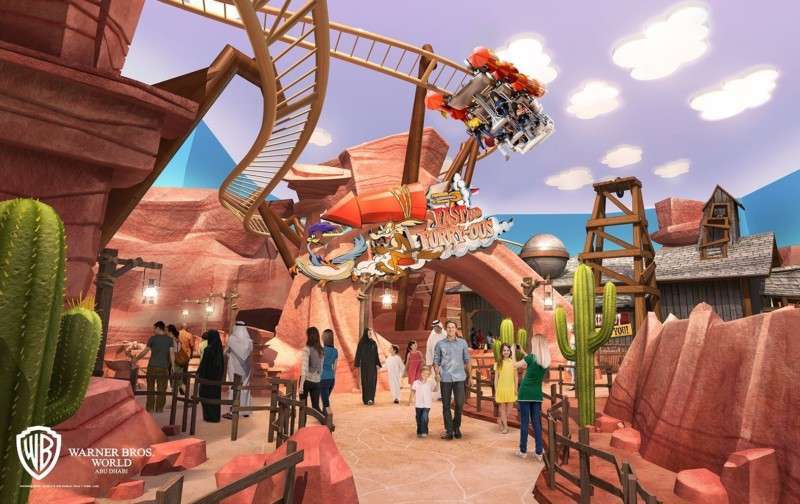 Dynamite Gulch is an animated storyland where guests will encounter the famed duo Road Runner and Wile E. Coyote, as well as beloved characters such as Marvin The Martian, Yosemite Sam, and The Jetsons.

Guests can experience Wile E. Coyote and the Road Runner’s dizzying dash firsthand, when they hop aboard the thrilling Fast and Furry-ous roller coaster. This premier attraction invites passengers to climb onto Wile E. Coyote’s latest gadget – the ACME Road Rocket 9000 – for an exciting journey through the desert cactus and chasms, joining Wile E. Coyote on yet another pursuit to catch the Road Runner.

Nearby, The Jetsons Cosmic Orbiter lets guests fly their own futuristic spaceship as they circle a space-age landing pad on a high-energy joyride. Meanwhile, Marvin invites adventure-seekers to take a spin on Marvin The Martian Crater Crashers, which turns a crash-landing crater into the best spot for mini-bumper car fun. Marvin’s new recruits will smash the hovering space‐pods together to generate enough kinetic energy to power his broken rocket ship back into orbit, giving a whole new meaning to “kaboom!”

Fans of hot tempered Yosemite Sam can visit Yosemite Sam Rootin’ Tootin’ Gas, a kitschy, Route 66-themed shop filled with all the oddities Yosemite Sam has picked up throughout his travels.

Joe Kleimanhttp://wwww.themedreality.com
Raised in San Diego on theme parks, zoos, and IMAX films, InPark's Senior Correspondent Joe Kleiman would expand his childhood loves into two decades as a projectionist and theater director within the giant screen industry. In addition to his work in commercial and museum operations, Joe has volunteered his time to animal husbandry at leading facilities in California and Texas and has played a leading management role for a number of performing arts companies. Joe previously served as News Editor and has remained a contributing author to InPark Magazine since 2011. HIs writing has also appeared in Sound & Communications, LF Examiner, Jim Hill Media, The Planetarian, Behind the Thrills, and MiceChat His blog, ThemedReality.com takes an unconventional look at the attractions industry. Follow on twitter @ThemesRenewed Joe lives in Sacramento, California with his wife, dog, and a ghost.
Share
Facebook
Twitter
Linkedin
Email
Print
WhatsApp
Pinterest
ReddIt
Tumblr
Previous article
Saudi Crown Prince Mohammad bin Salman Meets With American Leaders About Planned Integrated Destinations
Next article
Steve Wynn Ends Ownership of Wynn Resorts with Stock Sale to Hong Kong’s Galaxy Entertainment Group