Why the UAE Matters 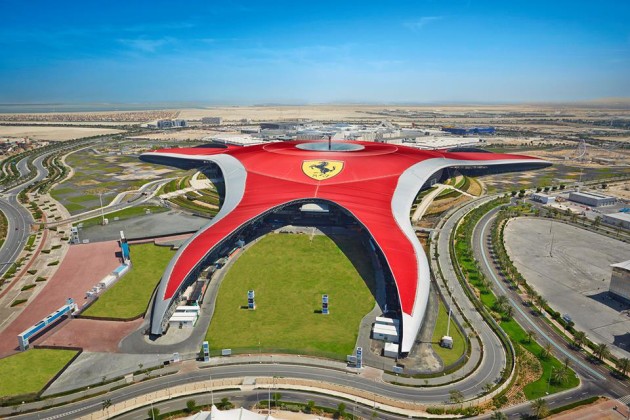 Nestled on the Persian Gulf, the UAE has been an expanding market for decades. With a rich and ancient history, the modern country of the United Arab Emirates is only the same age as Walt Disney World. Interestingly, their trajectories have been surprisingly similar. With Dubai and Abu Dhabi leading the way, the UAE has become an entertainment and relaxation destination for Europe, Asia and Africa.

Setbacks have been a part of the process. Our industry rushed to the UAE to design massive projects, until the economy stalled. But even while cranes stood idle in Dubai, Abu Dhabi opened Ferrari World. More recently, though, global giants like Farah Leisure and 20th Century Fox have announced expansion in the region. Scott Ault, President and CEO at Rethink, refers to Dubai as having “long term growth potential.”

But what makes this time different? In many ways, the Middle East is providing opportunities for the industry that don’t exist elsewhere. Its proximity to Europe gives that more mature market an outlet that is in early growth stages. While geopolitical realities make any sustained growth difficult to assure, it is safe to claim that the opportunities are there, for those willing and able to look for them.

In the short-term future, things look even better. Having been selected to host Expo 2020, Dubai is now entrenched as a global cultural and entertainment destination. Once again, the creative and design leaders of our industry are rushing to the UAE. Because while most of them are known for their expertise in designing theme parks, museums and attractions, many also claim Expo pavilions in their credits.

The importance of Expo 2020 to Dubai and to the themed experience community cannot be overstated. The connections between how our industry is impacting these various, and at times seemingly divergent, projects is a story that isn’t being told elsewhere. With our own in-house World’s Fair experts Jim Ogul and Judith Rubin, InPark is bringing the insider knowledge of these synergies to light.

For those preparing to head to DEAL in Dubai (April 19-21) for the first time, expect the event to be about more than just the state of the industry in the Middle East. Look at it as the first collaborative event leading up to Expo 2020. While you’re there, don’t forget to grab a copy of InPark Magazine, and keep an eye out for me.

Joe Kleimanhttp://wwww.themedreality.com
Raised in San Diego on theme parks, zoos, and IMAX films, InPark's Senior Correspondent Joe Kleiman would expand his childhood loves into two decades as a projectionist and theater director within the giant screen industry. In addition to his work in commercial and museum operations, Joe has volunteered his time to animal husbandry at leading facilities in California and Texas and has played a leading management role for a number of performing arts companies. Joe previously served as News Editor and has remained a contributing author to InPark Magazine since 2011. HIs writing has also appeared in Sound & Communications, LF Examiner, Jim Hill Media, The Planetarian, Behind the Thrills, and MiceChat His blog, ThemedReality.com takes an unconventional look at the attractions industry. Follow on twitter @ThemesRenewed Joe lives in Sacramento, California with his wife, dog, and a ghost.
Share
Facebook
Twitter
Linkedin
Email
Print
WhatsApp
Pinterest
ReddIt
Tumblr
Previous articleLa Caisse and the Fonds de solidarité FTQ invest in Triotech
Next articleMuseums: All In The Attractions Family