Will Morey Announced as Incoming IAAPA Chair; Other IAAPA Board and Committee Appointments Announced 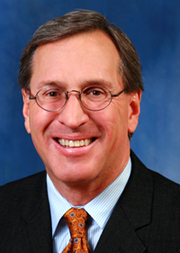 Orlando, FL, USA (November 13, 2012) — The International Association of Amusement Parks and Attractions (IAAPA) announced Will Morey, president and CEO of Morey’s Piers in Wildwood, New Jersey, United States, will chair the worldwide trade association’s board of directors in 2013.

A veteran of the attractions industry, Morey started his career in 1975, shortly after his father and his uncle founded Morey’s Piers in 1969. Morey served in a number of seasonal positions in the company and then worked closely with his father and brother in residential resort development. During that time, the company created Seapoint Village, a 521-unit oceanfront community in Wildwood Crest, New Jersey. The team also joined with additional partners to develop two water parks; one in San Jose, Calif., and one in Salt Lake City, Utah.

Morey assisted in various aspects of the company’s operations until 1994 when his full attention was focused on amusement operations in New Jersey. Morey was named president and CEO of Morey’s Piers in 1997.

Morey has been very involved in IAAPA for many years. He was a member and chair of the association’s government relations committee and was elected to the board of directors in 2008. He also served on the executive and audit committees for IAAPA. He started the path to chairman of the board when he was named third vice chairman in 2010 and has subsequently worked his way through the roles of second and first vice chairman.

Morey is also very involved in his community in New Jersey. Since 2001, he has served on the school board for Wildwood/Wildwood Crest Schools. He was a trustee for Cape Volunteers in Medicine, has served as a director for the Boardwalk Special Improvement District (SID), and currently serves as a director on the Atlantic Cape Community College Foundation Board, where he chairs the Cape of May County Capital/Scholarship Campaign. In January of 2012 he was elected a Cape May County Freeholder. Will has a passion for flying and has served as an Angel Flight volunteer pilot.

As chairman of the board, Morey will lead IAAPA for the next year and oversee the ongoing development and implementation of the association’s 2013-2015 Strategic Plan. He will travel around the world to represent the association and the global industry.

2013 IAAPA Officers
The IAAPA Board of Directors elected the following officers for the organization for 2013:

New Board Members
The following IAAPA members were elected to the board of directors at the association’s annual business meeting on Nov. 12:

2013 Committee Chairs
IAAPA is guided by the work of the board of directors and 32 member committees. The chairs of the committees are selected by the chairman of the board. Committee chairs for 2013 include:

About IAAPA
The International Association of Amusement Parks and Attractions (IAAPA) is the premier trade association for the attractions industry worldwide. Founded in 1918, IAAPA is the largest international trade association for permanently situated amusement facilities and attractions and is dedicated to the preservation and prosperity of the attractions industry. IAAPA represents more than 4,300 facility, supplier, and individual members from more than 90 countries. Member facilities include amusement/theme parks, water parks, attractions, family entertainment centers, zoos, aquariums, museums, science centers, resorts, and casinos. IAAPA is a nonprofit organization. Revenue generated for the association by its involvement in trade shows and other activities are returned to the association to fund services for its members and the industry. The association’s global headquarters is in Alexandria, Virginia, United States. The association has regional offices in Brussels, Mexico City, and Hong Kong.

Joe Kleimanhttp://wwww.themedreality.com
Raised in San Diego on theme parks, zoos, and IMAX films, Joe Kleiman would expand his childhood loves into two decades as a projectionist and theater director within the giant screen industry. In addition to his work in commercial and museum operations, Joe has volunteered his time to animal husbandry at leading facilities in California and Texas and has played a leading management role for a number of performing arts companies. Joe has been News Editor and contributing author to InPark Magazine since 2011. HIs writing has also appeared in Sound & Communications, LF Examiner, Jim Hill Media, and MiceChat. His blog, ThemedReality.com takes an unconventional look at the attractions industry. Follow on twitter @ThemesRenewed Joe lives in Sacramento, California with his fiancé, two dogs, and a ghost.
Share
Facebook
Twitter
Linkedin
Email
Print
WhatsApp
Pinterest
ReddIt
Tumblr
Previous articleCar Revealed For Silver Dollar City’s Outlaw Run
Next articleHARMAN Professional Appoints Martin Collins to Oversee Themed Entertainment