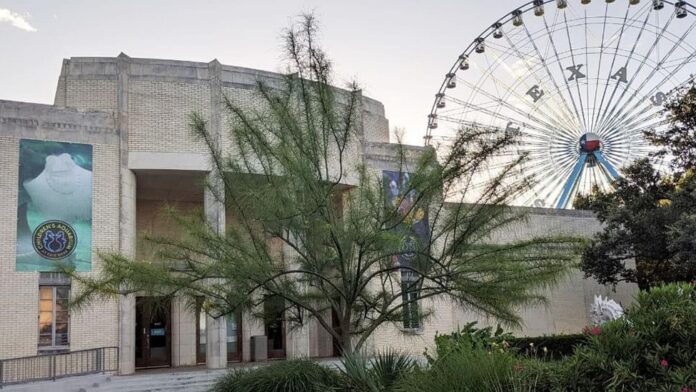 zoOceanarium Group has assumed operation of the historic Children’s Aquarium at Fair Park, which will re-open to the public on Sept. 24, 2021.

Opened in 1936 as part of the Texas Centennial Exposition, the Children’s Aquarium at Fair Park is the oldest such attraction in the state.

The aquarium has long been managed by the Dallas Zoo, even after the facility was closed to the public during the COVID-19 pandemic. The Aquarium’s first day of operation will coincide with the opening day of the The State Fair of Texas at Fair Park where the attraction is located.

The highly experienced Dallas Zoo staff members who have been caring for the Aquarium’s animals will now be employed by zoOceanarium Group and will continue their work at the attraction. Local hiring events will be held to increase staff levels prior to opening.

New at the Aquarium

zoOceanarium Group plans to add new exhibits to the fun at the Children’s Aquarium along with animals that have not been seen at the attraction before. Doctor Fish (Red Garra) will live in an interactive touch tank where they will snack on skin cells from visitors’ hands. Another interactive exhibit will be filled with Archer Fish which spit at their food, held by guests, to knock their meals into the water. Swell Sharks, noted for their “glow in the dark” properties, will occupy a new environment and a group of fascinatingly beautiful Sea Dragons will float in a new display. High tech experiences will be deployed among the exhibits to add to the wonder of a visit to the Children’s Aquarium at Fair Park.

“We are pleased to complete a seamless and successful operations transition, and to now pass the baton for the Aquarium on to the zoOceanarium Group,” said Gregg Hudson, President and CEO of the Dallas Zoo. “It has been the Zoo’s privilege to be stewards of the Children’s Aquarium at Fair Park for a very long time, and we look forward to seeing this Fair Park landmark thrive under zoOceanarium’s leadership.”

“We are going to create the kind of hands-on, hands-wet experience that zoOceanarium Group does best and our team is looking forward to working with the City, Fair Park and the community to reach the full potential of the Children’s Aquarium at Fair Park,” said Chris Davis, managing partner of zoOceanarium Group. “This is an attraction that will continue to be a significant community resource as a place for family, for inspiring care for the environment and for just having fun. This aquarium will bring out the inner child in all of us.”