A Vehicle for Fun – Oceaneering 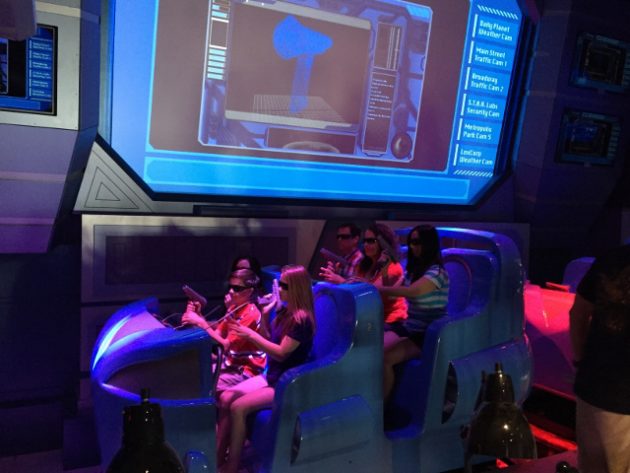 The Culture of Oceaneering Entertainment
by Matt Kent

The dark ride has come a long way, from the first iterations by early theme park pioneers, to the intensely immersive and technologically complex themed attractions of today. And the challenges that a ride engineering firm faces are vast. Oceaneering Entertainment Systems (OES) has built its reputation on the production of highly innovative and advanced dark ride and show systems. Today, after 25+ years, with more than 50 high-profile projects, multiple awards and patented designs, and millions of pounds of equipment installed around the globe, the company is internationally known and recognized as a leader in themed entertainment ride engineering, innovation and technology.

[quote]To design durable theme park rides that function correctly and reliably for years, Oceaneering has drawn from its heritage of building and repairing gear that performs from the harshest ocean depths to even the far reaches of outer space.”[/quote]

To do that requires something more than just machinery. It takes a combination of cutting edge technology and thoughtful, complex programming that fulfills the requirement of performance as well as multifaceted communications with a myriad of effects and cues. Creative storytellers appreciate OES ride systems for their highly dynamic and powerful capabilities, and ride operators value their rugged reliability.

OES is a division of the publicly held parent company Oceaneering International, Inc., and since its inception more than 25 years ago has grown to 150+ employees in its Orlando, Florida and Hanover, Maryland locations. VP of Strategic Program Development, Dave Mauck was at the forefront of forming the Entertainment Systems division when the opportunity arose to apply Oceaneering’s subsea expertise to an existing-attraction-in-need in Orlando.

For its first decade, OES had focused on producing animatronic figures and show-action equipment – some of the largest and most sophisticated ever built, in fact. It was not until the Millennium that they got fully immersed in the ride system side of the business. By that time, OES had been a trusted vendor to several owner/operators, and had made a name for itself based on its ability to create custom engineering solutions. In 2005, Oceaneering delivered its Evolution™ tracked ride system for Curse of DarKastle™ at Busch Gardens Williamsburg, which earned a Thea Award from the Themed Entertainment Association (TEA). This jump-off point for OES into ride system development resulted in work on many other dark ride attractions around the world.

Parent company Oceaneering International is well known in the off-shore oil and gas business, and in the government/defense sector world for its engineering capabilities on land, in the sea and even in space, in many of the harshest known environments. With this engineering experience, it was a natural progression for the company to find its way into the theme park industry, where attractions are expected to run safely and reliably up to 20 hours a day, seven days a week. Safety and reliability are paramount to all aspects of theme park design and development work, and these core values translated well from deep-water, military and manned space flight applications which are cornerstones of Oceaneering’s expertise. But how are these complex ride systems brought to life? 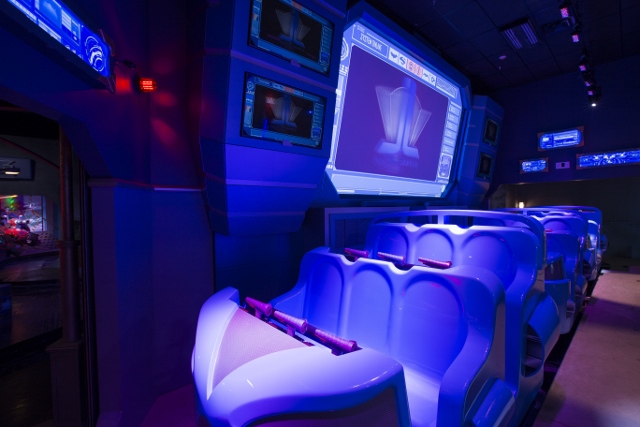 Initially, the truly over-the-top innovative attraction concepts come from the major theme park operators, who have their own in-house creative groups, or from one of many independent creative houses in the field. They dream up new and exciting (and often wildly innovative) show concepts, determine the best way to transport guests through the story, then look to a company such as Oceaneering to help them develop those ride and show systems.

Once such an attraction has its public premiere and is well received, there is usually a high demand to find a way to bring a similar experience in some form to a wider audience, and regional or overseas parks come to the table. In one recent instance, OES was approached about an opportunity to work with the Six Flags regional park chain on the new Justice League: Battle for Metropolis™ attractions. OES developed a new tracked ride system, dubbed EVO-6™, based loosely on its existing Evolution system, and integrated a gaming system from Alterface Projects. These new attractions have been a huge success, enabling Six Flags parks to offer their guests a high-end, dynamic thrill experience while staying within budget parameters.

But hardware – even the best hardware from the best ride engineers in the business – is only part of the equation.

Technology is the partner of creative

“We are frequently approached with requests to build, say, ‘the next Transformers’ or ‘the next Spider-Man,’” says Bill Bunting of OES. “These attractions, like others, have achieved a level of excellence and recognition in the industry. We understand that when potential customers say they want a ‘Transformers,’ what they’re actually asking for is an immersive and thrilling experience that comes from the perfect marriage of rich media, excellent storytelling and functional technology that takes the dark ride genre to new levels. But it’s the dreamers of the industry, the creative teams in themed entertainment, who are the ‘secret ingredient’ that make successful dark rides come to life.”

Bunting is a 40-year veteran of the themed entertainment industry. He is what is sometimes referred to as an “Epcot baby,” having managed thousands of employees in operations for Disney until the late ‘90s. He has continued to contribute to theme park attraction development primarily as a project manager and master planner for the last 20 years. Bunting joined OES in 2008, and today, serves as Director of Business Development.

OES sees itself in the role of technology partner, and a company slogan is “Helping Storytellers Move Your Audience.” Bunting says, “Our ride and show systems serve the single purpose of enhancing that storytelling with carefully choreographed motion and inertia. We are committed to that role, and committed to the dark ride genre, and we have worked very hard to develop close working relationships with all of our creative partners in the industry. We are keenly aware that without them, we simply have tons of sophisticated hardware that entertains no one.”

The REVOLUTION™ Tru-Trackless™ ride system is a prime example of OES innovative ride and show systems that are really tool kits, awaiting the vision and inspiration of a creative team to realize their potential. “Over the past few years, since we introduced REVOLUTION™, we have been amazed by the incredibly diverse ways creatives have adapted designs and storytelling to use it, in ways we could have never imagined,” says Bunting.

Because REVOLUTION™ is a truly omni-directional and trackless ride system, with a motion-base actuated cabin, it can be programmed to be completely free-ranging: to move forward, backward and even sideways or diagonally. A ride without the restriction of a fixed track becomes a promising tool for contemporary, non-linear, storytelling where the guest can take an active role. “On traditional, fixed-track dark rides, stories and experiences are linear or ‘follow the leader’ by definition, with limited options for interaction between vehicles, and no way for different vehicles to take different ride paths,” says Bunting. “We wanted to offer a completely different way for our storytelling partners to be able to think about dark ride attractions.” 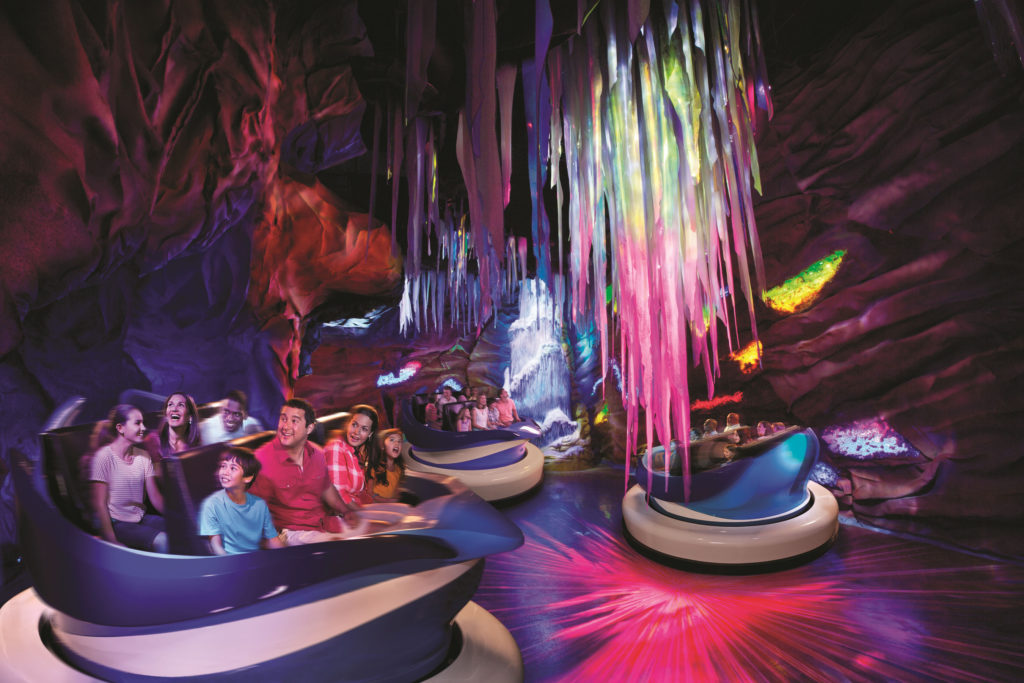 Development of the REVOLUTION™ system, done in-house at OES, spanned several years and millions of dollars in R&D. In its various applications to date (which we can’t specifically name due to contractual obligations) REVOLUTION™ has enabled storytellers to forever change the way dark ride experiences are crafted, and how media, scenic and animatronic technologies can all interact directly with guests aboard dark ride vehicles. REVOLUTION™ was recognized in 2014 with a TEA Thea Award for technology. 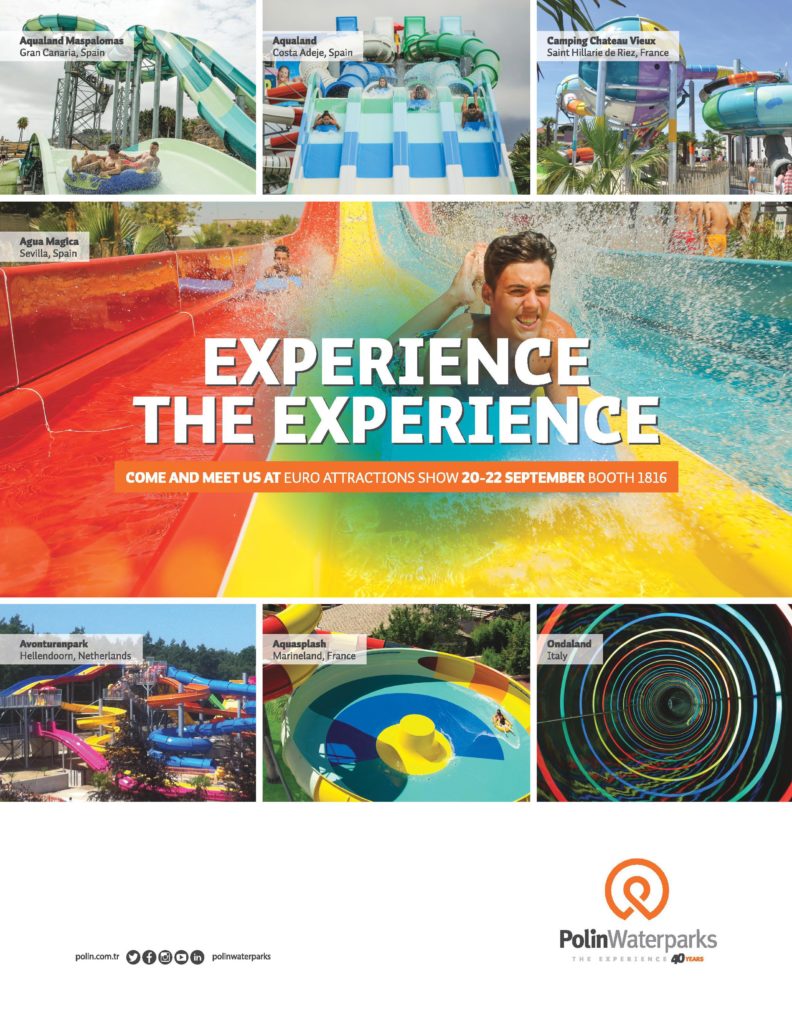 The size and seating requirements of a ride vehicle are designed for the specific throughput requirements of the attraction. Scalability is important to customization: Currently, the world’s largest trackless ride system provides seating for several dozen guests, and the smallest system seats only two. “Because our proprietary AGV (automatic guided vehicle) technologies are each fully scalable, we can create trackless ride vehicles of virtually any size or configuration,” says Oceaneering’s Dave Mauck. “We can truly adapt these key technologies to virtually any size or shape or theme.”

At OES, this process is called “Connecting What’s Needed With What’s Next™” in themed entertainment. To design durable theme park rides that function correctly and reliably for years, Oceaneering has drawn from its heritage of building and repairing gear that performs from the harshest ocean depths to even the far reaches of outer space. For decades, Oceaneering has been a full-service, life-of-field provider of some of the most sophisticated off-shore machines known to humankind. Today, Oceaneering Entertainment Systems offers an award winning family of products that give creative freedom to design and imagine the dark ride in ways no one could have dreamed of just a few short years ago. From sea, to land, to space, and now to theme parks. • • • 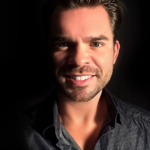 Matt Kent ([email protected]) is Head of Creative Services at Oceaneering Entertainment Systems, based in Orlando.

Joe Kleimanhttp://wwww.themedreality.com
Raised in San Diego on theme parks, zoos, and IMAX films, Joe Kleiman would expand his childhood loves into two decades as a projectionist and theater director within the giant screen industry. In addition to his work in commercial and museum operations, Joe has volunteered his time to animal husbandry at leading facilities in California and Texas and has played a leading management role for a number of performing arts companies. Joe has been News Editor and contributing author to InPark Magazine since 2011. HIs writing has also appeared in Sound & Communications, LF Examiner, Jim Hill Media, and MiceChat. His blog, ThemedReality.com takes an unconventional look at the attractions industry. Follow on twitter @ThemesRenewed Joe lives in Sacramento, California with his fiancé, two dogs, and a ghost.
Share
Facebook
Twitter
Linkedin
Email
Print
WhatsApp
Pinterest
ReddIt
Tumblr
Previous articleGoing for a Ride: Engineering thrills
Next articleThe New Interactivity and the New/Old Technology