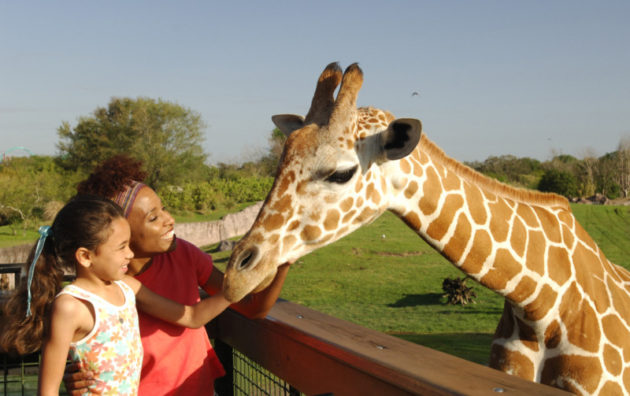 It is an absolutely thrilling time to be a zoo designer.

In a recent study by PGAV Destinations, 70% of Generation Z respondents agreed that zoos were the best place to learn about animals and wildlife (over classrooms, online, and the great outdoors itself). The popularity of zoos as educational destinations continues to grow, as does their critical role as catalysts and incubators of conservation. As our understanding of animal behavior and needs continues to expand as well, how do we evolve zoo exhibits in parallel to address this changing understanding of fauna and the growing flocks of zoo guests?

As biologists’ and zoologists’ research practices and abilities continue to innovate and evolve, so does our understanding of animal behavior both in nature and with human interaction. Brand new discoveries in nature are being made every day, such as the discovery of the first amphibious centipede, Scolopendra, reported in National Geographic in June 2016; or how greater vasa parrots use and share pebbles as tools to grind up shells to consume for calcium, first reported in Biology Letters in December 2015.

[quote]One of the key goals of all AZA-accredited zoos is to inspire conservation action in their guests, with one of the most effective ways to accomplish that being up-close, personal interaction between guest and animal.”[/quote]

However, since we share this planet with our animal compatriots, we continually shape one another’s behaviors. As reported last month in The Scientist, the Yao people of Mozambique cooperate with small honeyguide birds to find bee nests. While Koko the western lowland gorilla may be the most famous primate for learning and using more than 1,000 signs of modified American Sign Language, Rocky, an orangutan living at the Indianapolis Zoo, was recently reported in The Independent to be developing the ability to mimic human speech. As we learn more about animal behavior, and those behaviors continue to change, how will zoo habitats concurrently evolve?

The safari model: advantages and limitations

One approach, as zoos continue to evolve into multiple specialized experiences that recognize the unique needs of specific species, is the greater adoption of large, safari-like expanses of land. For example: elephant exhibits that span thousands of acres, where impressive, multi-aged herds would inhabit spaces with no apparent barriers. Matriarchal families might only be reached by golf cart or thematic safari jeep to see the magnificent creatures in the space they occupy at that time, on that day. Like hoofstock in large paddocks, elephants’ lives might be characterized by choice: where they spend time based on climatic conditions, what and when they eat, how they communicate, and how they enrich their lives though interaction with the landscape, water bodies, and problem solving.

Two of the most notable American destinations serving as early adopters of this model are the San Diego Zoo Safari Park (1,800 acres) and the Columbus Zoo & Aquarium’s 9,000-acre “The Wilds.” Both of those habitats are home to thousands of common, rare, and endangered animals from around the world, including rhinos, giraffes, tigers, gorillas, and many more. Guests often book group tickets in advance to explore this terrain by tram, hot air balloon, open safari jeeps, and even in some cases horseback, all led by safari guides.

While this may be the best scenario to see the widest variety of animals in a naturalistic environment, it is by no means without its challenges. Guest experiences and education are largely dependent on tour guide narration, weather, and the behavior and availability of the animals on the day of their tour. These large expanses also lead to new challenges in monitoring animal health and behavior, or even illegal trespassing, much like reserves and sanctuaries across the globe. In the US, most zoos are limited, both financially and geographically, in the ability to create these massive preserves. And for guests coming from urban populations, where exposure to nature is often a rare luxury, the ability to travel to these preserves may be quite limited. A safari-like preserve requiring thousands of acres of land is likely far outside of city limits – how might that serve a population that rarely leaves its metro area?

One of the key goals of all AZA-accredited zoos is to inspire conservation action in their guests, with one of the most effective ways to accomplish that being up-close, personal interaction between guest and animal. How do we best accomplish that?

Start with the animal

Understanding the complexities of the animals’ behaviors creates opportunities to innovate. When you start with the animal, new ways to approach design become more apparent. To bring guests closer to zoo inhabitants, designers have been innovating with new experiences for years. Sometimes these may take the form of large acrylic tunnels through animal habitats above the guests’ heads; or they may be pop-up domes inside prairie dog, penguin, or poison dart frog habitats. At the Louisville Zoo’s Glacier Run, there is a cross-over bridge for the resident bears to pass above the guest trail. However, interaction is truly the key to memory and passion.

It is a common misconception that all animals in human care would “prefer” to disconnect from zoo guests. While it’s true that many animal species are extremely elusive, shy, and easily stressed by any novelty in their environment, especially other living beings including the guests, far more animal species find the safe, controlled interaction with guests to be enriching – visibly so. For them, guests offer enrichment, stimulus, variety, interaction. We are unpredictable in our arrival and departure times, in our shapes, sizes, color of clothing, and our demeanors. And perhaps more powerfully, we react to the animals. There have been many instances of animals working to get reactions out of guests. The Mystic Aquarium’s resident beluga whale, Juno, is famous for playfully interacting with visitors who approach his enclosure – and even for upstaging performances that take place in front of it. Cacique, one of the star residents of the Bahamas’ Dolphin Encounters, became an internet sensation last year when the dolphin dove to the bottom of the Atlantic Ocean to retrieve a Miami Heat cheerleader’s dropped cell phone.

These kinds of spontaneous personal interactions are surprising and delightful. They also give clues to natural behaviors that can be further encouraged and facilitated through deliberate design – creating ideal opportunities for positive enrichment on both sides of the enclosure.

Today’s interactions are highly controlled, managed, and messaged by trained keepers, and provide the animals the choice of whether or not to participate. Regulations for dolphin encounters, for example, require a ‘sanctuary’ space into which dolphins may retreat if they decide they no longer want to participate. Giraffe feeds occur on a single platform and giraffes decide if they want to participate. Feedings in general occur on a timed schedule and the food is carefully allotted, allocated, recorded, and considered an integral part of the animals’ diets. Several innovative exhibits have recently been developed in which enrichment was the driving force behind the design. Glacier Run at Louisville Zoo, Treetop Trails at Philadelphia Zoo, and Heart of Africa at Columbus Zoo each do this in ways that are unique to each specific zoo’s operational strategies and enrichment programs. At Busch Gardens Tampa’s Jungala, first opened in 2008, guests have the opportunity to play tug-of-war with a tiger through a controlled interaction. This experience gives guests the opportunity to learn the strength and technique of how a tiger practices feeding behaviors, while the tigers get unique experiences and exercise. 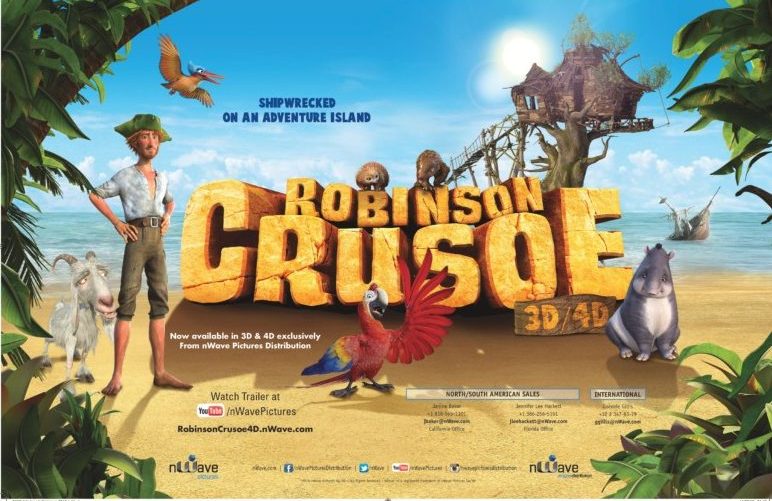 As zoo designers, it’s essential that we continually gather feedback and insights from not only the scientific world and guest research, but also zookeepers as well. As these staff members interact with animals in human care each day, they are often the absolute best resource for observing patterned, changing behaviors in zoo residents. Recently, PGAV Destinations VP John Kemper and I participated in the Keeper for a Day program at Busch Gardens Tampa. Arriving shortly after dawn, we worked side-by-side with the elephant keepers to transport the elephants off-exhibit, shoveled up their mess from the night before, and then hid food within enrichment opportunities throughout the habitat. Once the elephants were reintroduced, we had the incredible lesson in observing how they navigated our hidden-food puzzles. Then we were able to repeat the entire process, immediately learning from our observations of the elephants’ behaviors. Experiences like this, and communicating with zoo staff on a regular basis, will continually drive innovation in designing zoo habitats to respond to changing animal needs.

Our understanding of the natural world, as well as animals in human care, is rapidly growing as our scientific study abilities improve and our rate of communication accelerates. While support for zoos has never been stronger, guests are demanding more out of these destinations as conservation and educational entities, and designers and zoo managers across the world are eager to meet the challenge. • • • 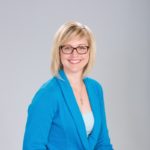 Stacey Ludlum is a Zoological Designer and Site Planner at the award-winning PGAV Destinations, based in St. Louis, MO. She’s designed for the world’s foremost animal parks, from single bird enclosures to ride-and-habitat integration to entire thematic complexes. Stacey received a B.S. in Zoology in 2000 from Michigan State University, followed by a Master’s in Landscape Architecture in 2003 from NorthCarolina State University. Read more from Stacey at http://pgavdestinations.com/author/ludzoo/.

Joe Kleimanhttp://wwww.themedreality.com
Raised in San Diego on theme parks, zoos, and IMAX films, InPark's Senior Correspondent Joe Kleiman would expand his childhood loves into two decades as a projectionist and theater director within the giant screen industry. In addition to his work in commercial and museum operations, Joe has volunteered his time to animal husbandry at leading facilities in California and Texas and has played a leading management role for a number of performing arts companies. Joe previously served as News Editor and has remained a contributing author to InPark Magazine since 2011. HIs writing has also appeared in Sound & Communications, LF Examiner, Jim Hill Media, The Planetarian, Behind the Thrills, and MiceChat His blog, ThemedReality.com takes an unconventional look at the attractions industry. Follow on twitter @ThemesRenewed Joe lives in Sacramento, California with his wife, dog, and a ghost.
Share
Facebook
Twitter
Linkedin
Email
Print
WhatsApp
Pinterest
ReddIt
Tumblr
Previous articleWhat’s AV got to do with animal attractions?
Next articleQuality AND Quantity