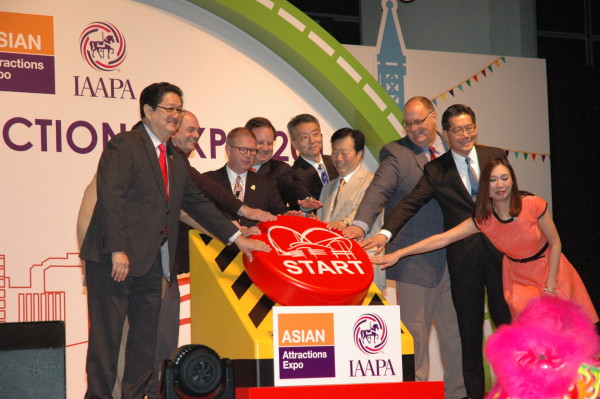 Based on preliminary estimates, a total of 8,500 people participated in the show from 74 countries, including 6,100 buyers. A record 353 exhibiting companies from 40 nations filled 9,432 net square meters of space on the trade show floor. 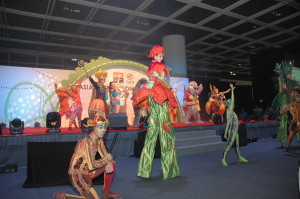 Gregory Su, Hong Kong’s Economic Development and Tourism Minister revealed that the government is investing $80 million in increased tourism. They are also offering a drawing for visitors to enter with grand prizes of luxury return trips to Hong Kong. Their marketing is designed to encourage visitors to shop, eat and play in Hong Kong.

On the trade show floor, the mood was optimistic as people commented on the quality of buyers at the event.

“Based on initial traffic to our booth, we are excited about the growth of the industry and of this show,” said FUNA’s Scott Arnold, a gold sponsor of the show. “It’s our fourth year exhibiting and it’s been good to see the progressive growth of the show.”

“It’s our first year having a booth at AAE,” said Brogent Technologies President Johnny Huang. “It’s a good show with a lot of people. We have seen a lot of serious people – serious buyers – coming to see what we offer.”

“We really like the quality and branding of the show and find it continually elevated from year to year,” said ProSlide’s Chelsea Ogilvie. “It’s refreshing to see how many big freestanding booths are on the floor this year.” 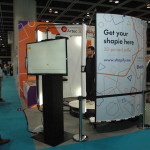 Artec3D brought their 3D scanning booth: Shapify. People can scan themselves and then receive a ready to print 3D file of themselves. The ultimate souvenir requires a bit of patience though, as it requires12 hours to print on a full color 3D printer. Customers can order the models from Shapify or use a local 3D printer. More info at shapify.me 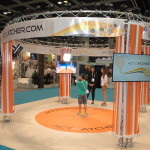 Actcatcher.com showcased a new freeze-frame type attraction. 50 DSLR cameras mounted in a 360-degree ring capture a single moment in time (usually somone jumping) and process it into a short video, showing the moment from all sides (think “The Matrix”) The Thailand-based company has used the setup at brand events, but they can also theme the structure to incorporate it into an attraction. The system is available for sale or on a revenue-share basis. The company is expecting the first park installation to be in Qatar soon. 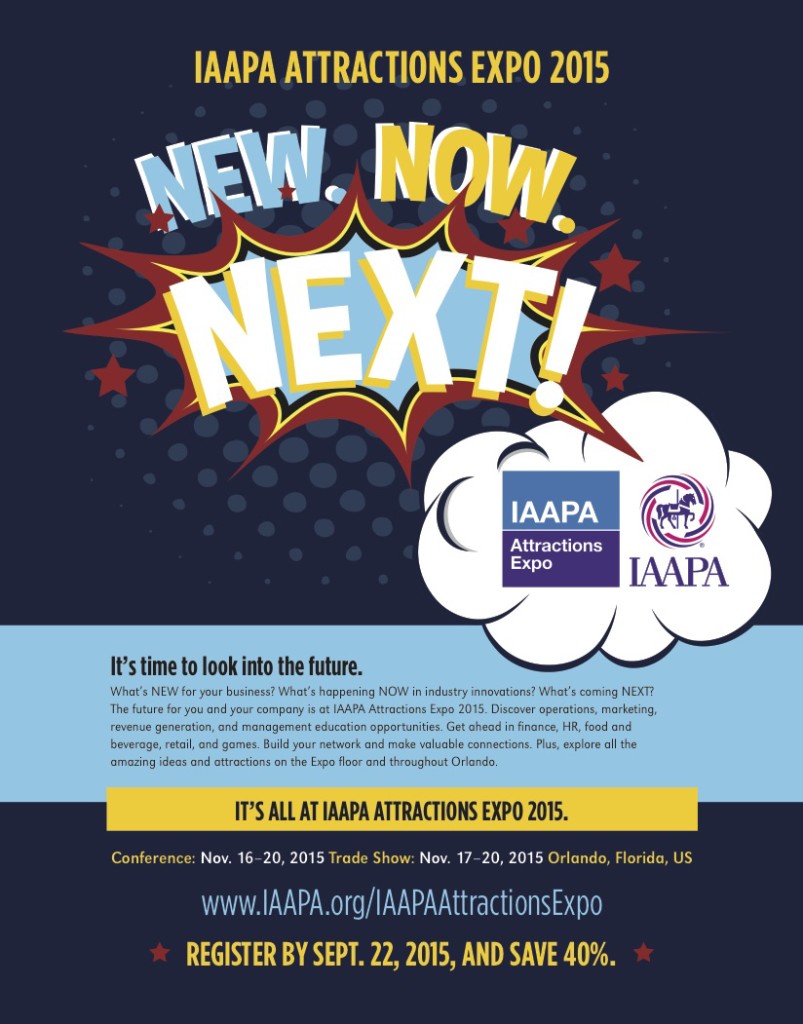 FUNA is preparing to open the Detroit Outdoors Museum, scheduled for launch on July 17th. The project has taken a vintage factory building and turned it into a multi-story interactive highly-themed experience touting all the great outdoors of the state of Michigan has to offer 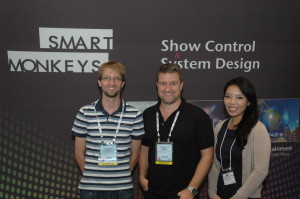 According to Stephan Villet, two years ago at the Asian Theme Parks and Attractions Summit, show control wasn’t very well understood. Now people know what it can bring to a project and want to incorporate the show control systems into the overall design.

Currently, Smart Monkeys is working on multiple projects in the Middle East and will be announcing some interesting projects in Asia soon.

Alterface was promoting their recent success on the two Justice League attractions at Six Flags over Texas and Six Flags St. Louis. The attraction features the world’s first interactive fog screen, allowing guests to shoot at targets on the fog screen moments before passing through it. 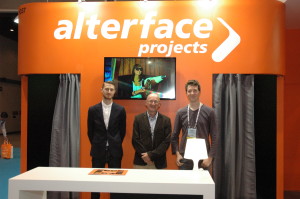 Alterface engineers came up with the idea on a project with Warner Brothers Movie World and set up some equipment to test it. It was successful so they included it as part of the US Justice League attractions.

The company has half a dozen IP-based projects in the pipeline to include video game brands and traditional media brands.

“The technology has not been explored to its full potential. We are still focusing on creating a compelling experience rather than just the technology of product,” says Alterface’s Benoit Coronet. “We are currently working on motion detection technology and integrating that into game play. We want to provide alternatives to the shooting paradigm and develop new ways for guests to interact with the attraction.”

During a luncheon held at AAE, Chris Yoshii from AECOM said, “This is the golden age of the theme park industry in Asia.” TEA President Steve Birket says it is also the golden age for TEA in Asia.

“The Asia Pacific division is a high growth area for TEA,” said Birket. “Also, the Next-Gen community in Asia is now recognizing TEA and themed entertainment as an industry and as potential career path.” 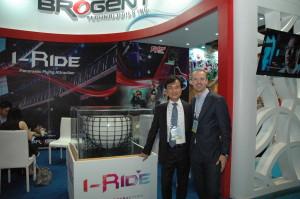 Brogent is working on several I-Ride flying attractions, following up from their Fly Over Canada attraction in Vancouver. Minnesota’s Mall of America I-Ride opens in April 2016. Abu Dhabi opens in 2017 – which, for a change of pace will not have a specifically flying theme. At the end of summer 2016 expect “This is Holland” to open in Amsterdam which will provide a 45-60 minute experience including the preshow, flying attraction and post-show.

According to Brogent the technology is now to a point where it’s suitable for CGI experiences, opening up a whole range of new content possibilities.

IPM ran into George at the TEA booth where he proudly proclaimed “I’m back making movies!” George is working with Prana studios on two flying attractions for the Lotte Group, to be located in China. Both rides will be utilizing the Dynamic Attractions ride system.

“The best flying films rely mostly on the movement of the film and only use the ride base to accent the motions,” explained Wiktor.

Julie Zakus of WhiteWater was busy promoting the company’s 100 completed projects in Asia. She observed that the trend in Asia is for larger parks. “Clients in Asia doesn’t just buy a slide,” said Zakus. “They are utilizing our design services and broad product mix, as waterparks have to be built large from day one to handle the capacity.” 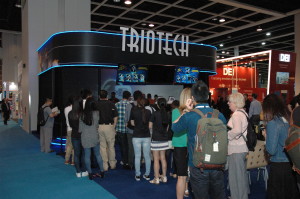 “We see the trend of interactive rides only accelerating and consider ourselves a leader in that industry,” said Triotech’s Christian Martin.  “Just walking around the show floor there are a lot of interactivity-based companies. We also see a trend of storytelling in an attraction extending beyond the actual ride. It’s more of a whole experience than just a single ride.”

Of course, the non-interactive theaters will still exist. A large theater that needs to have a high throughput will not be able to have a level of interactivity that a smaller attraction can. It just depends on a company’s business model. China seems more interested in motion seats and 3D experiences, but in the US the market is seeking more interactivity.

Triotech is working on installing an interactive dark ride in the new Studio City Macau as well as one at Dubai World with details soon to come.

Eyes on the Asian market

IAAPA leadership speaks out during AAE 2017