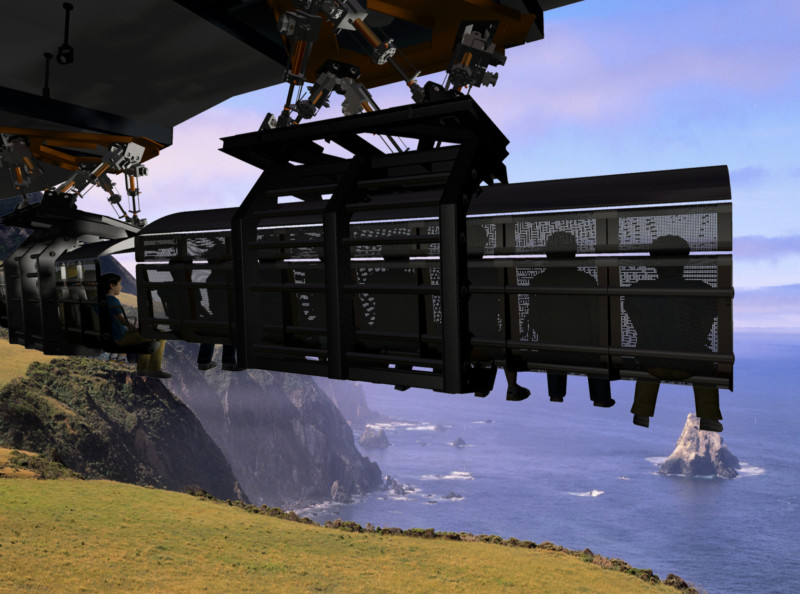 FlyOver Canada is a next-generation flying/gliding, media-based motion attraction in the style of Soarin’. What are the key elements that make this experience distinct from earlier genres of motion theater such as represented by Star Tours and Back to the Future – The Ride?

With rides like Star Tours, the idea is that you’re in a vehicle. You view the world through a window while moving through an environment. In contrast, FlyOver Canada gives you the opportunity to look around the world you are flying across, without the intermediary of a vehicle. The experience is much more like that of a bird flying forward and moving around as it flies – or like being Peter Pan – which was in fact much of the inspiration for me. Guests can move their head to view the world around them much like a bird while the sensation of surrounding motion is created by our camera, attached by a gyro mount to the helicopter. 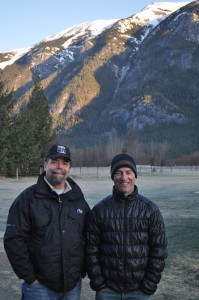 Another important distinction is the live-action capture. With FlyOver Canada as with Soarin’, the action is all live action as compared to a large number of simulator experiences that are principally produced as CG fantasy based environments. FlyOver is about experiencing real places and extraordinary environments in a way not seen before. It ends up being a very personal experience.

In terms of technology and technical design, how would you compare Soarin’ and FlyOver Canada?

Here are some of the similarities. Guests view a dome- based experience while suspended in nine, open-air, flying vehicles. The orientation of the guest in relation to the dome screen, the idea of having image below you, to the side, in front of you, and somewhat truncated at the top are all quite similar.

Now for the important differences. What distinguishes FlyOver first is that the production is all-digital. Soarin’ was shot on film in the IMAX 15 perforation/70mm format; we filmed and projected at 48 frames per second (fps). FlyOver was captured and is presented digitally; shot and projected in 4K digital at 60 fps. With high resolution and higher frame rate, it’s like watching 3D without glasses. The closest objects we captured in FlyOver are probably 15-20 feet from you, but for the most part, everything’s beyond the surface of the screen, out beyond 30 feet in the actual shot, which is past the projection surface of the dome from the guest’s eye. Everything you look at feels natural and real with appropriate parallax. Being able to experience this attraction with no glasses also adds to the sense of reality, given we have added effects like mist and wind.

We filmed with a Phantom 65 digital camera with a Nikon spherical lens. We are projecting with the first commercial installation of a Christie 4K 60 frame projector in the world, with a specially designed and manufactured lens from Schneider Optics. Given our principal capture was digital, it opened up the creative opportunity for us to do a number of unique transitions and effects in post production.

Finally, there’s the length of the attraction. At almost a full 8 minutes, its nearly double the length of Soarin’. Because of this, we were able to shoot in more locations. Conceptually, we wanted to create something that appropriately showcased the landscape and the diversity of the breadth of Canada. Not constrained by capacity and hourly numbers that theme parks demand, the longer experience also allowed us to have sequences that are a little bit longer than the individual sequences in Soarin’. 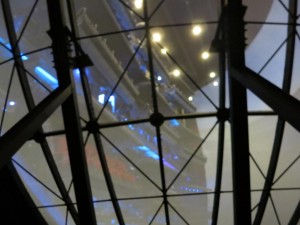 You also recently worked on a dome with a very different purpose – the Adler Planetarium. What similarities and differences did you find between the Adler and FlyOver Canada?

How is FlyOver Canada owned and operated?

FlyOver is a separately ticketed, standalone attraction in Canada Place in downtown Vancouver. Soaring Attractions is the Canadian entity that created and operates it. The two principals in this company are Stephen Geddes and Andrew Strang. They’re both Canadians and Vancouver residents. 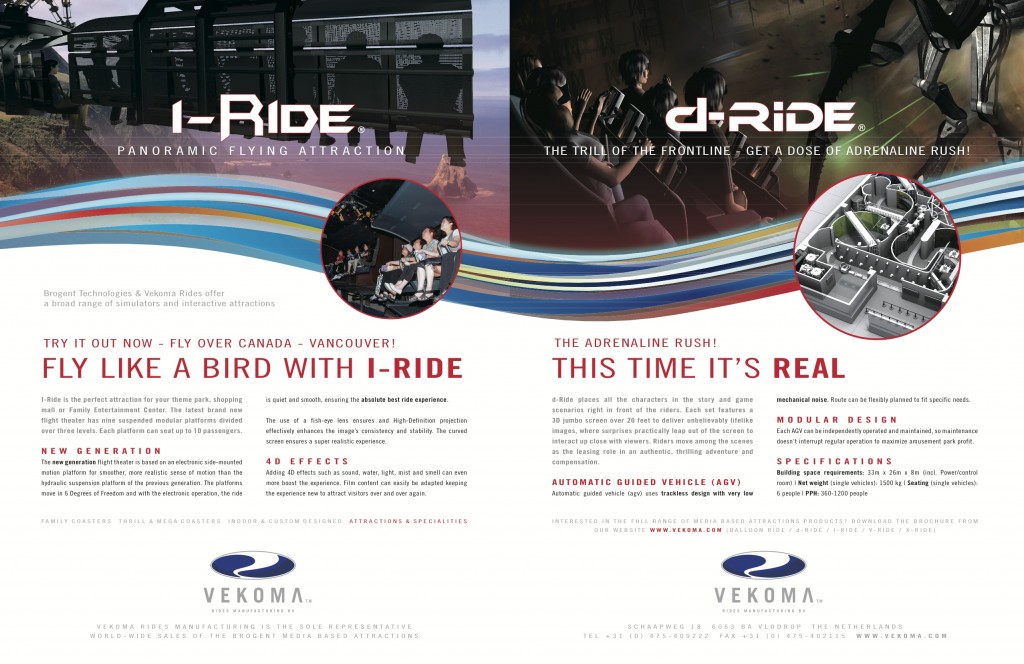 Tell us about the ride technology you selected.

Brogent Technologies is the manufacturer of the ride vehicle. They have an association with Vekoma, which allows them to leverage Vekoma’s substantial expertise in ride manufacturing as well as its sales and marketing resources. Brogent developed the vehicle on their own, and E-DA park in Southern Taiwan is the site of their first system installation. Brogent, which is also based in Taiwan, has a strong background in advanced flight simulator technology.

Each of our ride vehicles has a full six degrees of movement, with all the benefits of advances in engineering and technology since Soarin’ was first created to help us provide a step up in flying ride experiences.

What were some of the challenges and solutions of retrofitting the building at Canada Place to house FlyOver Canada?

The space dictated that we could only have a dome 19m (60ft) in diameter. For comparison, each of the Soarin’ domes is around 84 ft in diameter, and the capacity of Soarin’ is 87 people. Due to the smaller dome, FlyOver‘s capacity is 61 people. There are nine vehicles (3 tiers, each with 3 vehicles) with both systems.

There are key differences between FlyOver and Soarin’ in how the dome is entered and the size of the vehicles. Soarin’ has single-level boarding, which is proprietary to that attraction. Everything at FlyOver is a bit smaller and our guests first take stairways to one of three levels outside the dome ride experience to board. The FlyOver ride support structure looks a lot like the old Hollywood Squares set, with each of the “squares” containing one of the ride vehicles. 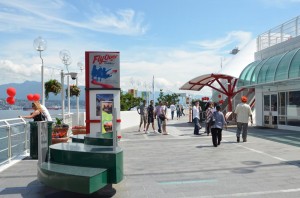 The FlyOver building originally housed an IMAX theater. We removed the concrete floor and support structure of the theater, and drove several new columns below the convention center to support the ride.

The size of the building wasn’t the only constraint on the size of the dome. With current digital video projection technology, we would be unable to do a Soarin’ size ride without tiling multiple projectors. Practically speaking, our 60-ft dome is the maximum size for the state-of-the-art, single-projector technology we have in place to operate efficiently.

Technology in all forms provides artists the opportunity to bring their dreams to reality… the more sophisticated and accessible the technology, the more the creative spirit and mind can find opportunity to bring their dreams to reality. So to me, that isn’t necessarily the core question… the question is really what dreams do I have as a designer/storyteller that will be fun, meaningful, emotionally impacting to an audience, knowing that the tools we have just keep providing us more and more opportunity to create magical solutions to telling those stories and revealing those dreams. • • •