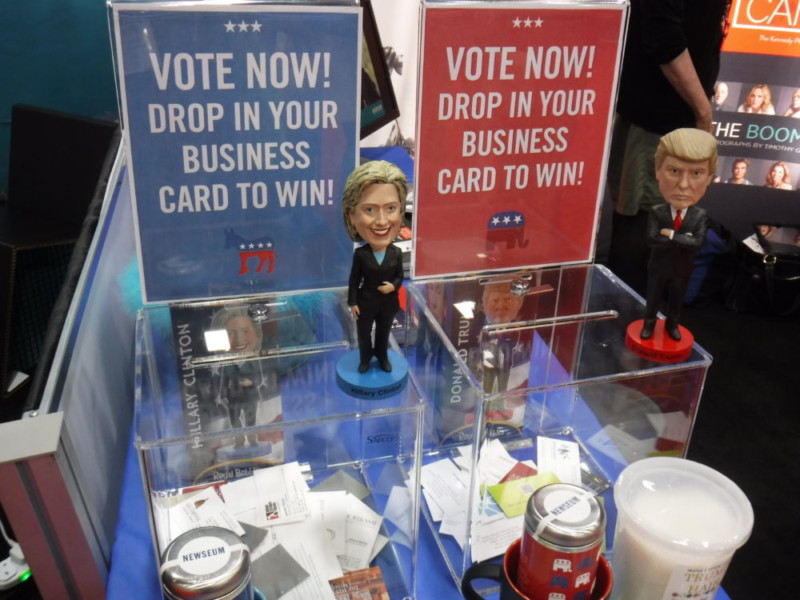 The American Alliance of Museums (AAM) annual meeting and MuseumExpo was held in Washington DC May 26-29 2016. The event brought together museum and gallery experts as well as the vendors that serve them over a busy Memorial Day weekend.

MuseumExpo featured a variety of suppliers from the themed entertainment side, including nWave, Smart Monkeys, Wärtsilä FUNA, JRA, Elumenati, Christie, Science North, Chicago Scenic Studios and the Museum of Science and Industry.

“We come to AAM to be brand-museum artists,” said JRA’s Clara Rice. “We believe there is a lot of value here.”

The floor was filled with new technology, including the latest in Virtual Reality (VR) and Augmented Reality (AR).

“We are at a tipping point where museums will either fully embrace technology or ignore it at their own peril,” said Rice. “AR & VR are coming and it will be interesting to see how museums integrate them into their offerings.” Rice referred to a “cycle of technology” where some facilities are early adopters and then others adopt the tech later on.

AECOM’s Sarah Linford likened the cycle to how major parks such as Disney and Universal have the resources to first integrate new technology which then trickles down to smaller facilities over time. “The institutional market is constantly trying to make the visitor experience more exciting and learn from the commercial markets on how to engage the guest,” said Linford.

Christie’s Virginia Dwyer cautioned that there is a crucial difference between institutional and commercial markets. “The power of influence is important to museums,” said Dwyer. “Technology allows them to draw more people in and encourage them to come back.”

At a seminar titled “New Directions in Philanthropy for Arts and Culture,” foundation speakers E. San San Wong, Elizabeth Alexander and Regina Smith all talked about how funding sources for museums are changing their model. “Who says what is excellent is changing,” said Alexander. “Social justice storytelling is the big tent we are all getting under, and we are most interested in supporting those projects that are holding up marginalized people and communities.”

AAM’s annual meeting and conference moves to St. Louis, Missouri in 2017. More information on this year’s and next year’s event is available online.