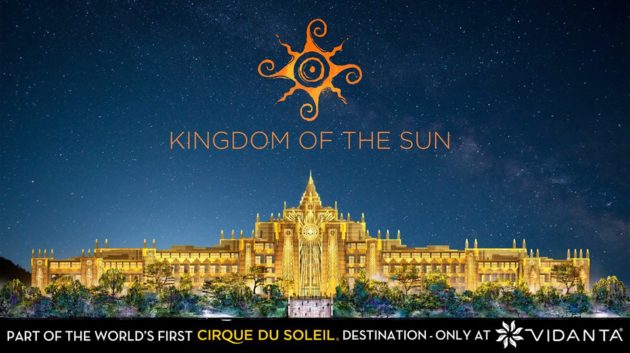 Hollywood, CA, USA – In conjunction with IAAPA’s annual Asian Attractions Expo in Shanghai, Hollywood-based Goddard Group has unveiled new details about the company’s roster of upcoming projects across Asia, in Mexico, and around the globe, including four attractions currently under-construction. 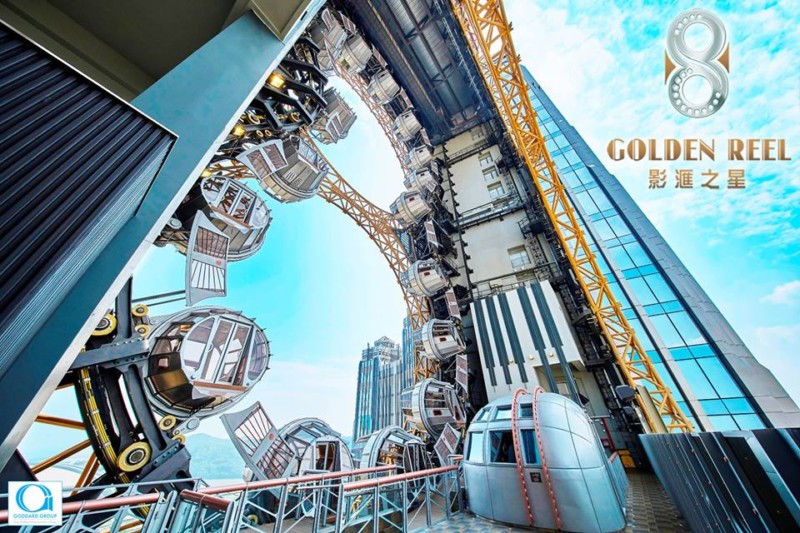 “Following the phenomenally-successful launch of the $3.2 billion dollar Studio City Macau this past October, we’re very excited to shift our focus to the next wave of game-changing destinations and attractions,” says Goddard Group Founder & Chairman, Gary Goddard. “We are now focusing on a host of major new projects in locations around the world, each of them unique and original, and each of them iconic and immersive.”

In Mexico, the world’s first Cirque du Soleil resort is quickly rising near Puerto Vallarta. Goddard Group is creating the new attraction in partnership with Mexican resort developer Vidanta – this is the first project to come out of the new Goddard Group/Cirque du Soleil joint venture.  The project’s first phase is anchored by what Goddard describes as “the world’s greatest and most-innovative water park – a new kind of experience that could only be done with partners like the Cirque du Soleil.”  According to Goddard, the project is on-track for a late 2018 premiere.

Meanwhile in China, three Goddard Group-designed projects are in the midst of major construction. The first, Hengdian Studio’s incredible recreation of the Shanghai Bund as a new motion picture standing set, together with the first Hengdian Movie World theme park, is nearing completion in Hengdian, China. The combined Studio/Movie World Theme park is racing towards a mid-2017 premiere. Designed to double as both a theme park and working studio facility, Goddard Group designed the project so that nearly 30 film and television productions could be underway at any given time, all while seamlessly operating with the setting of a world-class theme park. 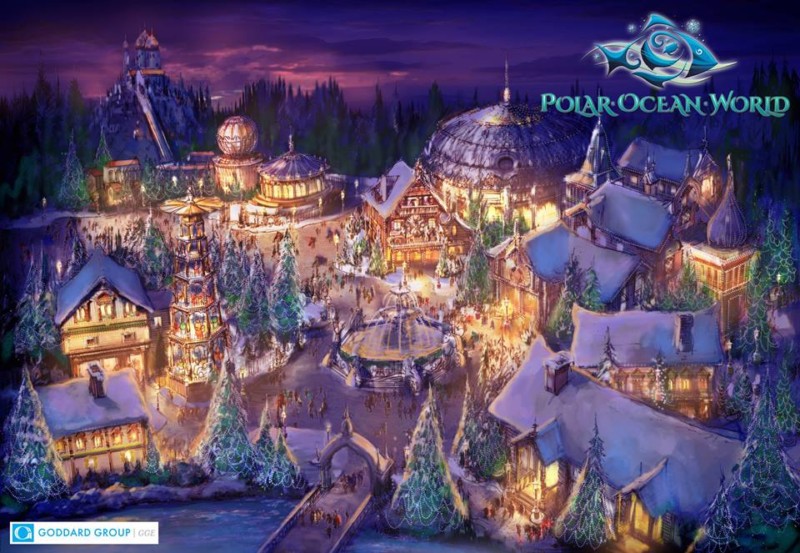 Just a few hours’ drive from Hengdian, Haichang Group’s Shanghai Polar Ocean World is eyeing an early 2019 premiere. According to the Goddard Group’s Director of Design, Taylor Jeffs, the $600-million dollar sea life park will be a unique experience in the market, and will offer a strong compliment to the new Shanghai Disney park.

“We are enjoying the luxury of being able to design and build this entirely new experience from the ground up,” Jeffs says of Shanghai Polar Ocean World, which broke ground in March 2015. He adds, “This meant that we were able to really integrate current design philosophies and trends, providing an approach that will allow guests to truly immerse themselves into every facet of the experience.” 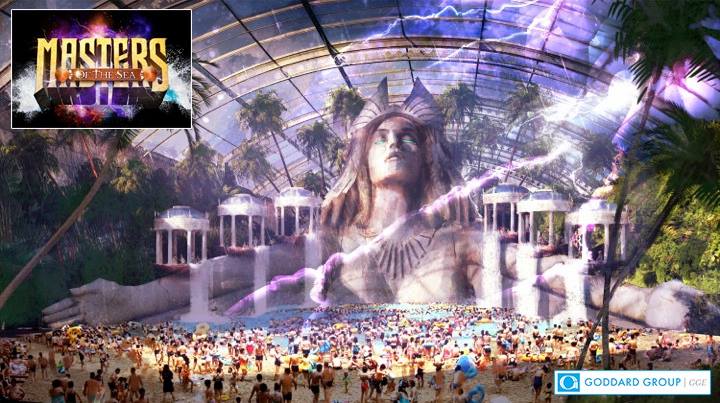 A few hours north in Harbin, KW Zone’s Kingdom of Poseidon resort recently resumed construction after pausing for the winter. The highly-populated city, famous for its frigid temperatures and sprawling ice festival, is currently devoid of year-round tourist attractions – making the Kingdom of Poseidon resort particularly competitive. More than half of this park will be enclosed, to create an all-weather, year ‘round family destination. The integrated resort hotel, also designed by Goddard Group, will feature a family hotel connected to a variety of indoor entertainment attractions, including a water park, aquarium and retail promenade.

Additionally, Goddard Group recently signed on with respected Chinese-developer Chimelong, and is working closely with that company’s key design and management team on a new generation of exciting parks, resorts and attractions. While details about this partnership are limited at this time, Goddard noted that this collaboration will cover multiple projects. “We believe that Chimelong is currently the market leader in China, and has established a strong grasp of the Chinese market,” Goddard says. “We’re extremely honored to have been selected to work with them on their exciting future projects.”

With such a global workload presently underway, in addition to as-yet-unannounced projects in California, Macau and Dubai, Goddard says he doesn’t have much time for reflection. “Many of the world’s top developers entrust us with their projects,” Goddard says. “The reason why is quite simple: we’re the only independent design company that’s proven it can stand shoulder to shoulder with Disney and Universal when it comes to creating uniquely successful attractions. We don’t copy other rides, shows or parks –  we innovate and create unprecedented experiences that set new standards for the industry. We strive for quality at all levels. That’s what it’s all about.”

“The projects we’re developing now will literally revolutionize their respective markets, as they roll out and open to the public over the next five years. This is truly the most exciting period in the history of the themed entertainment industry,” Goddard concludes.

Read InPark’s exclusive story on The Goddard Group from 2015.

Joe Kleimanhttp://wwww.themedreality.com
Raised in San Diego on theme parks, zoos, and IMAX films, InPark's Senior Correspondent Joe Kleiman would expand his childhood loves into two decades as a projectionist and theater director within the giant screen industry. In addition to his work in commercial and museum operations, Joe has volunteered his time to animal husbandry at leading facilities in California and Texas and has played a leading management role for a number of performing arts companies. Joe previously served as News Editor and has remained a contributing author to InPark Magazine since 2011. HIs writing has also appeared in Sound & Communications, LF Examiner, Jim Hill Media, The Planetarian, Behind the Thrills, and MiceChat His blog, ThemedReality.com takes an unconventional look at the attractions industry. Follow on twitter @ThemesRenewed Joe lives in Sacramento, California with his wife, dog, and a ghost.
Share
Facebook
Twitter
Linkedin
Email
Print
WhatsApp
Pinterest
ReddIt
Tumblr
Previous articleAAM’s annual meeting in D.C. promotes organization’s new strategic plan
Next articleWanda Opens First “Tourism City” in Nanchang