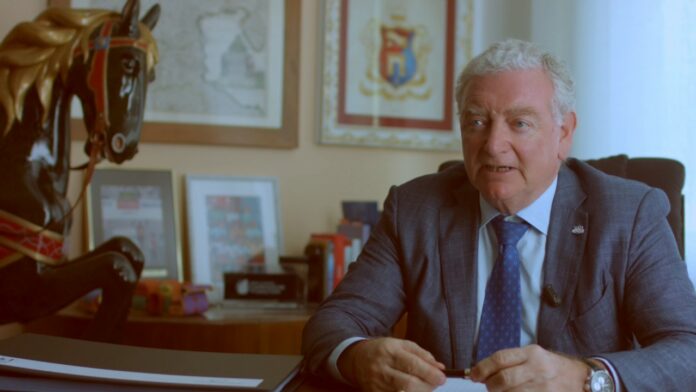 Luna Park in Coney Island, NYC’s largestvamusement park, is saddened to announce today the passing of Alberto Zamperla, the second-generation President of global amusement manufacturer, The Zamperla Group, and fourth-generation member of a family dedicated to amusement traditions, who died suddenly on Thursday, November 17th.

A visionary and innovator, Alberto Zamperla revolutionized the amusement industry while bringing fun to billions of people of all ages worldwide, thanks to his endless creativity. He is survived by his wife Paola, his sons Antonio, Alessandro, and Adriano, and three grandchildren.

In 1976, Zamperla left Italy for the United States to further pursue his dreams of innovating and creating rides and attractions, following in his father’s footsteps. His craftsmanship, determination, intelligence, and skills created hundreds of rides that transformed the amusement industry for generations to come.

His extraordinary drive and admiration for the industry led to much success, whereas in the late eighties, he signed a contract to build the majority of Disneyland Paris attractions, followed by Universal, Paramount, and Six Flags, bringing his innovations global. In 2010, Zamperla relaunched one of the world’s most iconic amusement parks, Luna Park in Coney Island, where for over a decade, he and his family have transformed the famous amusement area into a seaside destination for travelers from across the globe. As a result of his accomplishments and success, in 2019, he was welcomed into the IAAPA Hall of Fame, alongside his father Antonio Zamperla, and industry giants including Walt Disney and George Ferris, the inventor of the Ferris wheel.

His passion for creating and innovating will live on through his family, colleagues, and employees around the world.

“I like to fly in the clouds around our beautiful planet, for at least one hundred days every year. I love living in New York City.  I am proud to be an Italian Alpino. I am proud to be, above all, a citizen of the world. I enjoy knowing that my profession makes ‘children of all ages’ happy across the globe.” –  Alberto Zamperla, President of the Zamperla Group.

The funeral ceremony will be held at the Cathedral in Vicenza, Italy on Wednesday, November 23, 2022, at 10:45 am Italian time.