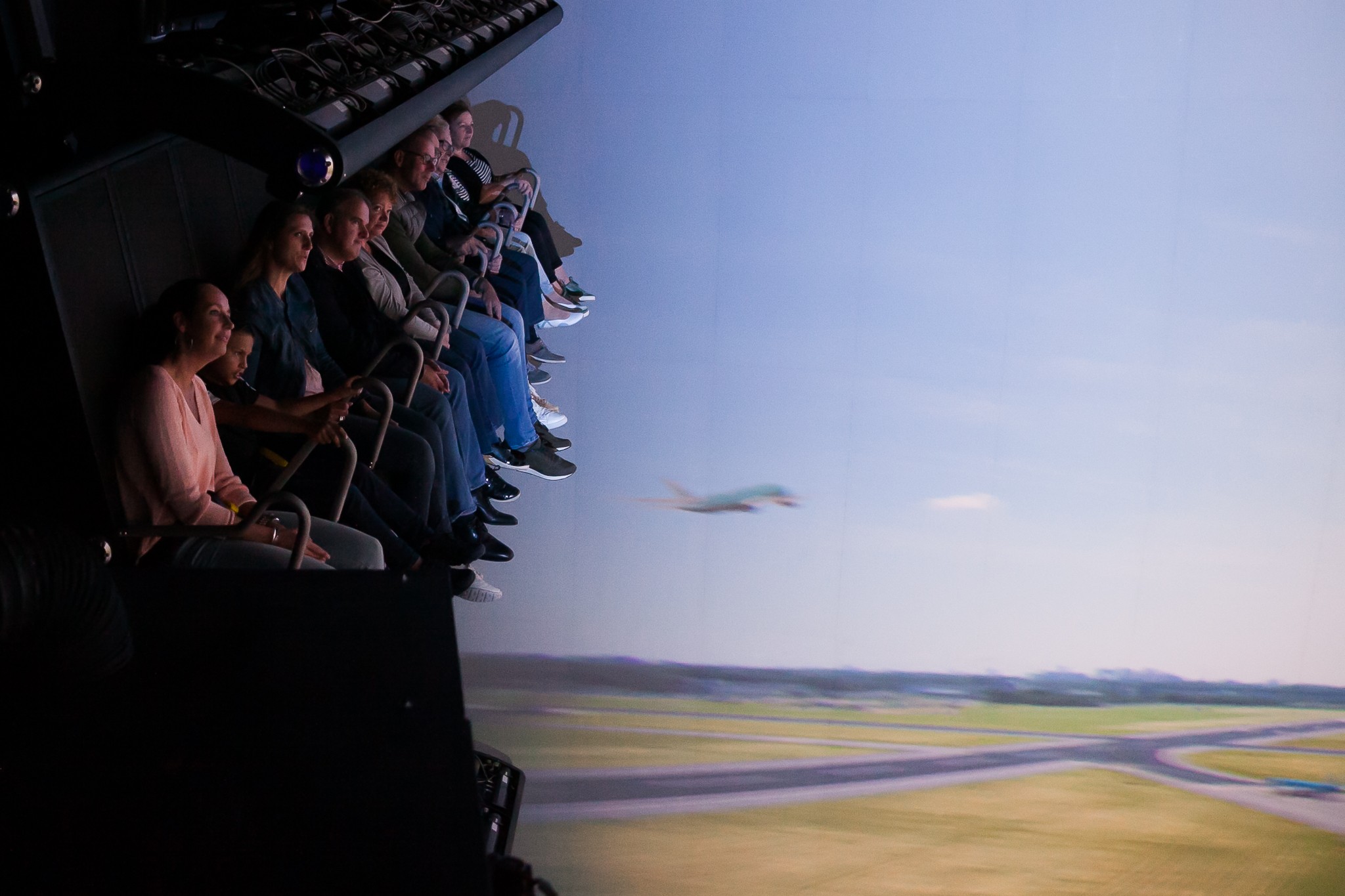 Since its opening in Amsterdam North in 2018, “This Is Holland” has become one of the city’s go-to destinations.  The only flying theater attraction in The Netherlands – and the only one in Benelux – “This Is Holland” features a 5D flight simulation, with wind and water effects, as the audience soars over some of the country’s most iconic spots.  Alcorn McBride’s robust V4X all-purpose show controller serves as the attraction’s building control system, with 120 devices under its control.

At “This Is Holland,” the visitor experience begins with a fun history lesson as guests move up through the circular building.  Interactives, projection mapping and a Pepper’s ghost effect are used to interpret information about the history of ‘Holland’ before guests arrive at the flying theater dome screen where an 8-minute film takes them across The Netherlands to Dutch world heritage sites, bulb fields and Amsterdam’s canals.  More than 30 hours of helicopter footage was edited for the final film, which also includes a CG storm sequence.

“Not many rides that one would typically find in a theme park offer such an amazing experience to become a stand-alone attraction” notes Kevin Mohr, Techincal Design Expert with Leisure Expert Group in Amsterdam. “The first three months visitors needed to get used to this new entertainment concept and after that This is Holland’s popularity really took off Now, most visitors are return visitors: They want to experience the attraction a second or third time.  And these are Dutch people who haven’t seen all these places themselves.  Here they get to see them all at once!”

Mohr, who has used Alcorn McBride equipment on other projects, selected the V4X show controller to manage building control of 120 devices.  Among those devices are elevator trips, doors that open to admit 40 guests at a time to the ride, the film’s start and stop times, building lighting and BGM.

“The main reason we chose the V4X was for its stability and reliability,” says Mohr.  “This is a stand-alone attraction that’s open every day, from 10 am to 7 or 8 pm.  If there’s one failing link, we won’t be able to open.  We needed a system that will work every day, every time.”

Frank Ruisch, Owner of AV SyncWorks was the programmer on the project.  He echoes Mohr and cites the processing power of the V4X.  “I always roll with Alcorn McBride. They are the only show controller that outlasts any PC-based show control system” on the market.

The V4X features Alcorn McBride’s ShowTouch interfaces for easy use by non-technical operators.  “The ShowTouch interfaces are really flexible; we’ve customized them with pretty graphics,” says Mohr.  “This is a really complex building, and we need good communications to maintain ideal guest flow.  For example, the number of elevator trips necessary to reach ride capacity or how fast people are entering the flying theater.  All that kind of information travels from operator to operator via ShowTouch.  Our goal was to have a system that everyone could use without reading a manual, and ShowTouch speaks for itself.”

He notes that the attraction opened with four ShowTouch screen users and is now up to ten.  “We’ve discovered extra information, extra places in the building to help managers better control the flow of guests and make for a better experience,” Mohr reports.  “We also have more projectors and more video players attached to the system than before.

“We’re really happy with Alcorn McBride,” he concludes.  “We always get a quick response from them if we have a question, and we know the product won’t let us down.  I can go home for a weekend or take a vacation and not worry that someone’s going to be calling me!”

“Working with Kevin and Frank is always a joy,” adds Scott Harkless, Alcorn McBride’s Chief Innovation Officer.  “They are very familiar with our products and have supported clients worldwide with our gear.”